This is a view of the University of North Dakota School of Law from the intersection of University Avenue and Centennial Drive. 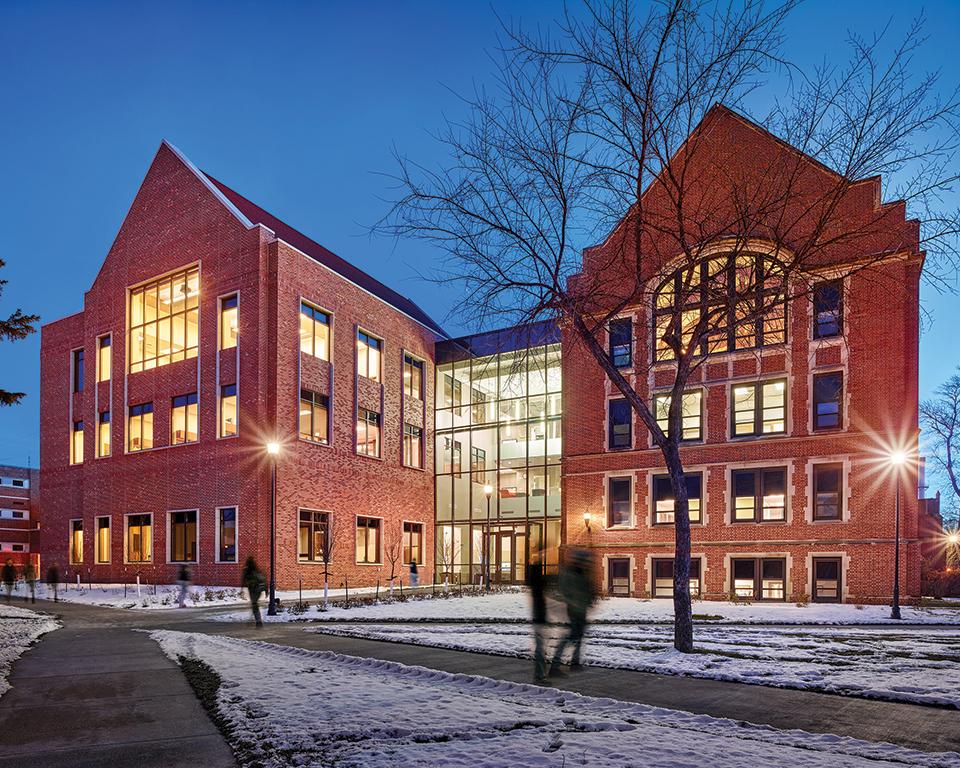 The University of North Dakota School of Law is located in the heart of the university’s campus and was built primarily for the law school. Upon its initial opening, there was an abundance of space in the building so there were other departments that used the building such as the geology department from 1923 to 1929. The building also originally housed the departments of Art and Sociology. And it was home to the School of Commerce until the mid-1960s.

Adjacent to the law school is the Thormodsgard Law Library. The three-story library wing was added to the main law building in 1973. UND had named this building after Olaf H. Thormodsgard who was the dean of the law school from 1933 to 1963. As of 2019, this library includes a collection of over 312,000 volumes of law material.

The University of North Dakota Law School underwent a $11.4 million construction and renovation project in 2014. The law building was 7,800 square feet originally, the new extensive addition and renovation had added 15,000 square feet. A spacious glass foyer connects the original law school and law library. This renovation provided improved classrooms and study spaces and added new offices and a case study classroom. The renovation had also included many upgrades with the heating and cooling systems throughout the building. The renovation had maintained the same style of the original building while upgrading it with modern mechanical features.

The law school had originally become accredited in the year 1923 and has maintained this since. Over the years this school had produced many prominent figures who have worked in politics, local and federal, as well as many who have worked with the military or in the private sector. The majority of the members of congress that represent North Dakota had received their law degree from the University of North Dakota School of Law.