The Octagon House of Stamford was built in the 1890s and unique for both its history and architecture within the Glenbrook neighborhood of Stamford. Until 1985 when the structure was destroyed by fire, the Octagon House stood as a fantastic example of a style of architecture that swept the East Coast of the United States between the 1840s and the 1870s. Despite the loss of the structure, historic documents and photographs preserve the story of an eclectic but historically relevant home.

The Octagon House in August of 1979 by Stephen H. Hirschberg 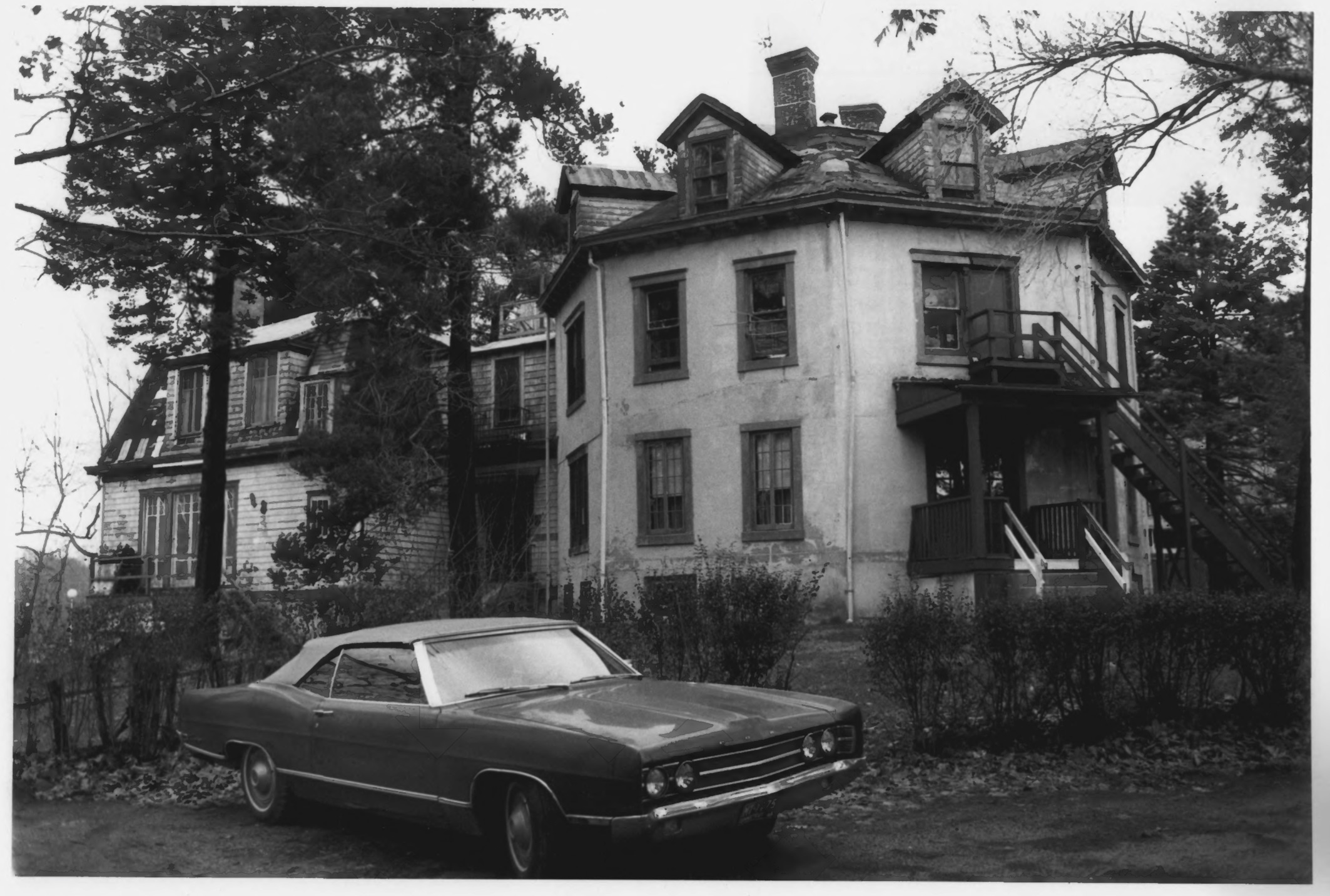 The Rear Side of the Octagon House in August of 1979 by Stephen H. Hirschberg 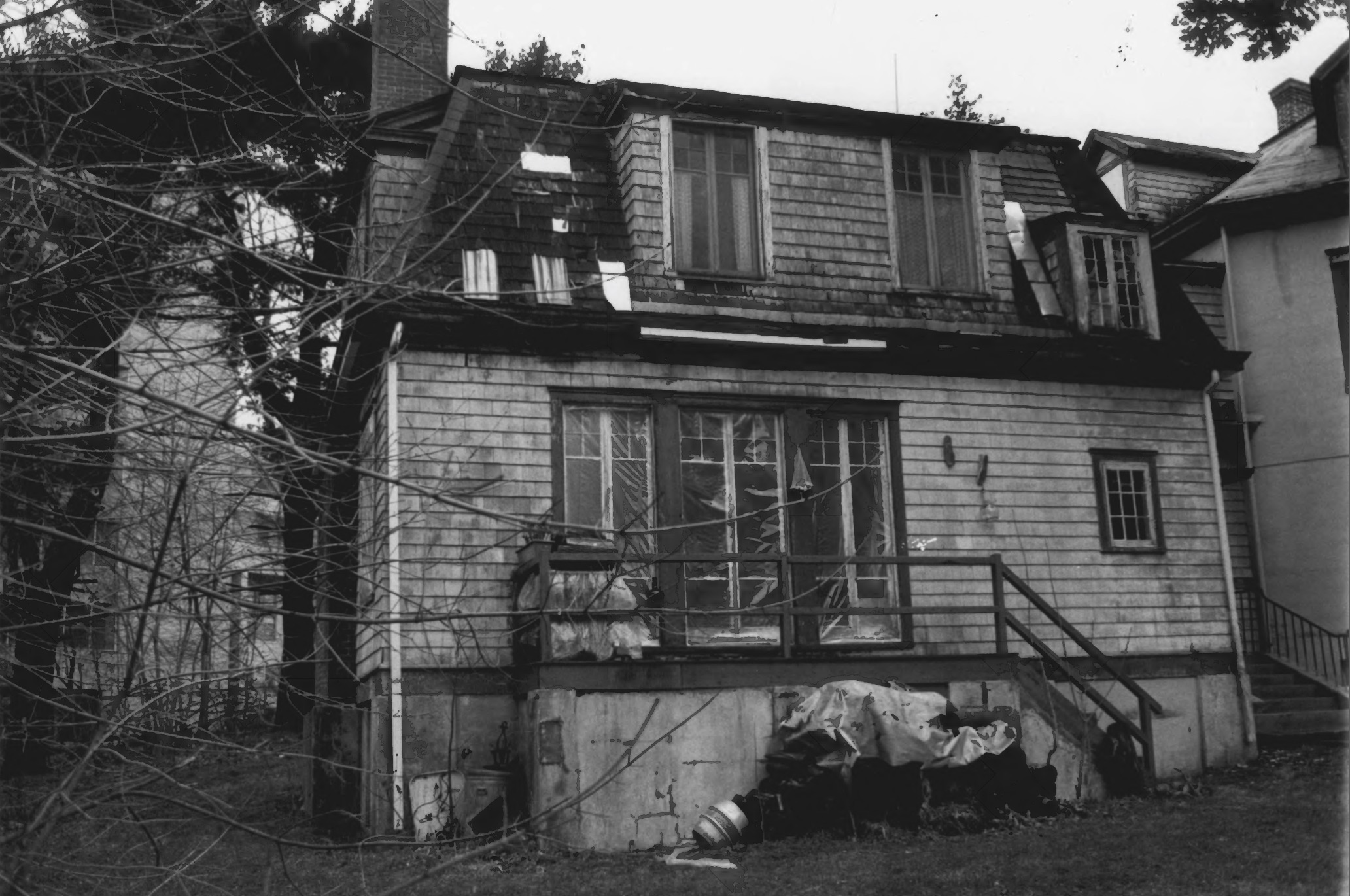 Closeup of the Brickwork on the Octagon House in August of 1979 by Stephen H. Hirschberg 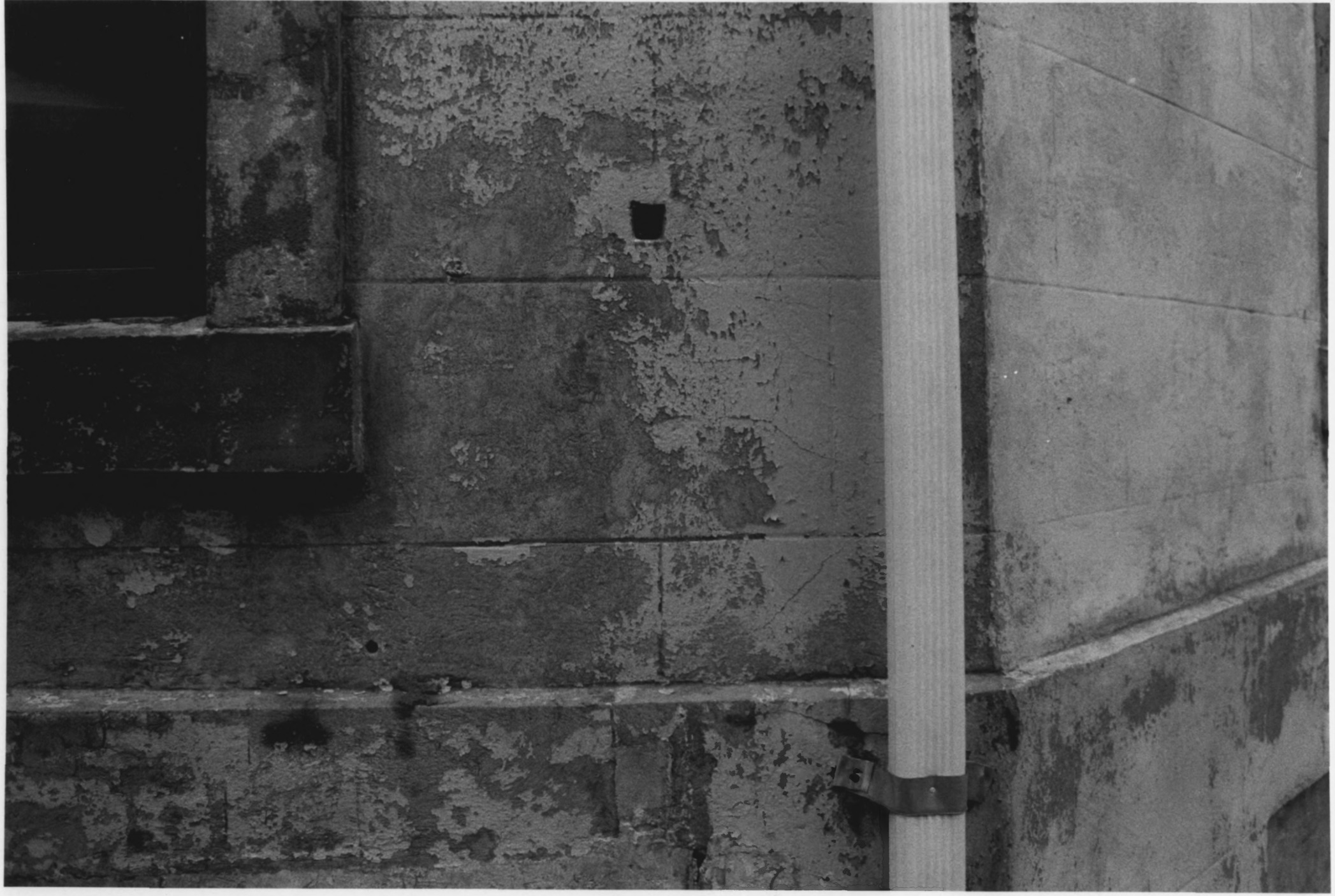 Closeup of Uniquely Crafted Windows on the Octagon House in August of 1979 by Stephen H. Hirschberg 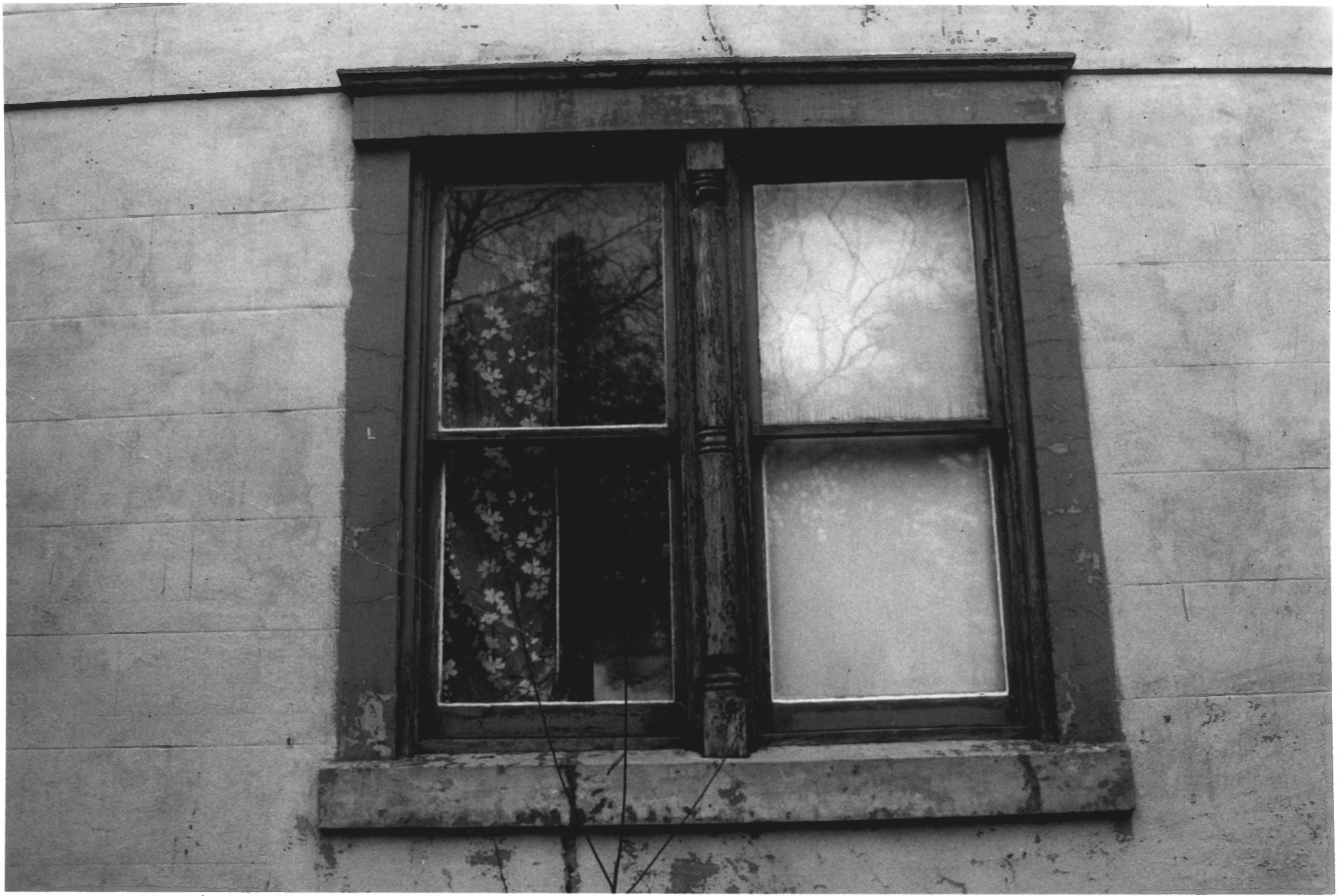 The Octagon House of Stamford was built sometime between 1891 and 1896 and was something of an architectural anomaly for the city of Stamford. The octagonal style the house was designed with had risen in popularity in the 1840s through the 1870s, but few homes were constructed in this style during the 1890s. As a result, the Octagon House seems to have been as much of an oddity in its own time as it was in the 1980s when its owner tried to sell the property to the nearby hospital.

At the time of its listing on the National Register of Historic Places in 1979, the house possessed an incredible lineage of owners and residents.  The first presumed owner of the home was Dudley S. Trowbridge, an elixir peddler known for his “Dandelion Pills.”  He had bought the plot of land from Charles E. Hill, and the bill of sale for this purchase did not detail any structures on site.  Though no details of its construction have been found to date, records of the property detail the Octagon House being present after 1891.


The Octagon House was anachronistic in terms of its style and date of construction as the so-called “Octagon Fad,” detailed by Carl F. Schmidt in a book by the same name, had long passed by the time it was built. Schmidt's book explores hundreds of octagonal houses built across the United States, and almost all of them were built between the 1840s and the 1870s and most were located in New York State. Nearly all of the documented octagonal houses have been lost to time, with Stamford's Octagon House being recorded as one of the last remaining examples of its kind, even if it was constructed well outside of the original fad.

The octagonal style itself is a historical novelty.  It originated from within a time of urban growth within the United States. Americans were looking to build bigger homes that costed less up front, and the octagonal blueprint seemed to be the right solution.  The octagonal style is largely attributed to a man named Orson Squire Fowler, who was well known throughout New York and Connecticut for his work and lectures in Phrenology.

Fowler wrote a book about “cheap, convenient, superior and adapted to rich and poor” structures that could be achieved using the octagonal layout and another technique known as “gravel wall” construction.  The poured concrete “gravel wall” style was originally developed by Joseph Goodrich.

The Octagon House of Stamford is unique even among octagonal homes.  The roof of the structure connected to the main house is a sweeping mansard roof, which was reportedly added well after the original structure’s construction.  Mansard roofs were already falling out of popularity in the 1880s; by the 1890s they would have been very out of style.

In 1981, the Octagon House made headlines after its then-owner announced plans to demolish the structure and clear the land. The owner hoped to sell the land to the nearby hospital so that they could build a new annex. The resulting outcry from local preservationists convinced the owner to halt the sale and leave the structure standing. The owner at the time, Frank Mercede, communicated a desire to relocate the building safely, but this plan never unfolded.

For the last few years of its existence, the Octagon House was not inhabited. In 1981, an arsonist set fire to the building. Though the interior suffered greatly, the structure still stood until 1985, when a second fire took the building at last. Despite its demise, the Octagon House of Stamford still represents an important architectural feature that adds yet another splash of narrative color to the history of Stamford.