The original concept of the Bell Tower was to be a memorial for NC State Alumni killed in WW I. Vance Sykes, a 1907 alumni of NC State formed a committee to create the monument in 1920. The building began in 1921 and was completed in 1937. The clock was added in 1938 and floodlights in 1939. Other additions include the chimes, shrine room and memorial plaque. The tower was formally dedicated in a ceremony on November 11, 1949. 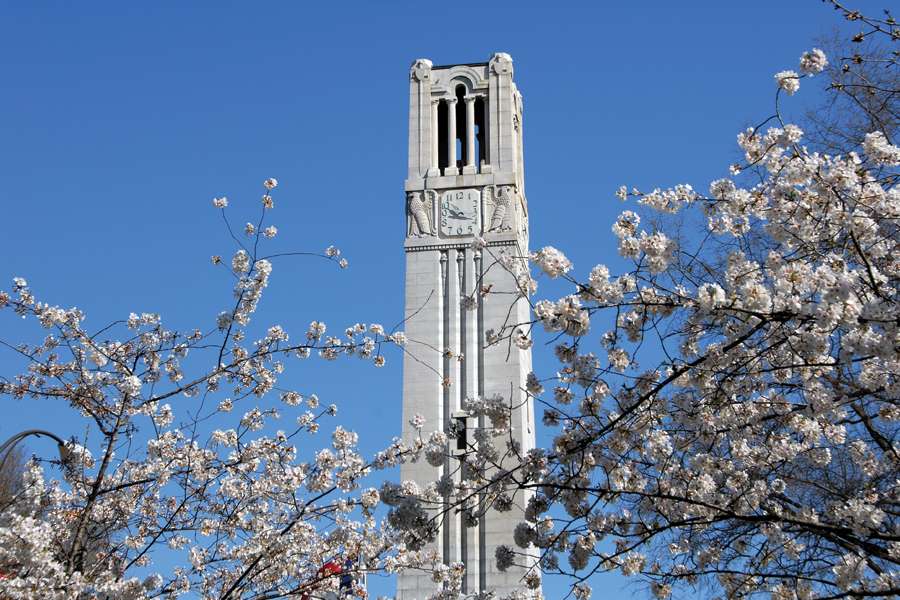 The tower is symbolic of key moments in early 20th century America, with work halted on its construction during the great depression and World War II. The Works Progress Administration supported completion of the tower's stonework in 1937.

A memorial plaque inside the tower contains 35 names of students/alumni killed in World War II. One name was printed in error, and later altered to represent other anonymous war dead.

The bell tower is the site to numerous campus occasions annually including an ROTC commissioning ceremony, and the popular Krispy Kreme Challenge (run for charity). At present, "chimes" in the tower are inauthentic and broadcast by speaker, but major donations have paved the way to install real bells in the near future.