The Hudson Theatre is one of the oldest surviving theaters in the city. It opened in 1903, and immediately became one of the city’s premier theatrical venues. Over the years, the theater has gone through a number of incarnations, functioning as a live theater venue, a television studio, a night club, and an event space. The theater reopened as a Broadway theater in 2017. It is a New York City Landmark and is listed on the National Register of Historic Places. 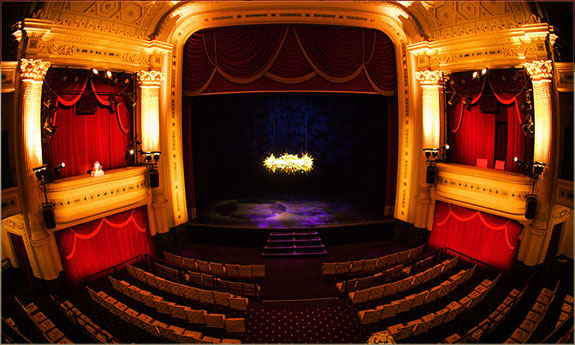 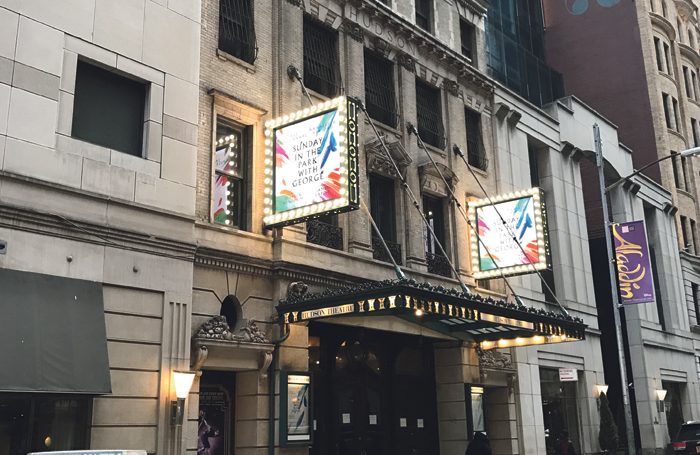 One of the oldest Broadway theaters, the Hudson Theatre opened in 1903. The theater was the work of producer Henry Harris, who would later die on the Titanic. His wife, Renee, was one of the last people rescued from the ship, and continued to operate the theater following her husband’s death. The theater was completed by the firm of Israels and Harder, and was praised for its unique architectural features, including its 100-foot long lobby, the largest on Broadway at that time. Though its façade is relatively simple, its interior was stunning—a mixture of Beaux-Arts, Neo-Classical, and Neo-Renaissance styles. It had a triple-domed ceiling and was richly adorned with Roman-themed pieces and Tiffany glass.

The theater debuted with the play Cousin Kate, starring Ethel Barrymore. That play only ran a few weeks, but the theater would go on to premier a number of acclaimed performances. Some of the biggest stars on Broadway performed at the Hudson, including Helen Hayes, Douglas Fairbanks, and William Holden. Barbara Stanwyck made her debut at the theater.

During the Depression, Renee Harris was forced to sell the theater. In the mid-twentieth century, the theater was used by NBC as a television studio, and it was there that the first nationwide broadcast of “The Tonight Show” starring Steve Allen premiered in 1956. For a time in the 1960s, it once again functioned as a Broadway theater before being used as an adult theater and a rock club in the 1970s and 1980s, respectively. Until being named a New York City Landmark in 1987, the building was more than once threatened with demolition.

By the end of the twentieth century, the property was being used as an event center for the adjacent Macklowe and Millennium Hotels. It reopened as a Broadway theater in February of 2017 with a run of Sunday in the Park with George, starring Jake Gyllenhaal.

At once one of the oldest and newest theaters on Broadway, the Hudson is also listed on the National Register of Historic Places.