The Harvard Club of New York City was founded in 1865 by a group of alumni and was originally located in a rented townhouse on 22nd Street and in Delmonico's Restaurant. By the late 1800s, there were roughly 600 members, meaning that rented quarters were no longer sufficient. The architecture firm of McKim, Mead, and White, which designed the gates at Harvard Yard, was chosen to design the building, which would be located on 44th Street on land the group purchased in 1888. A 1915 addition doubled the size of the building, and a new, contemporary wing was added in 2003. The building is listed on the National Register of Historic Places. 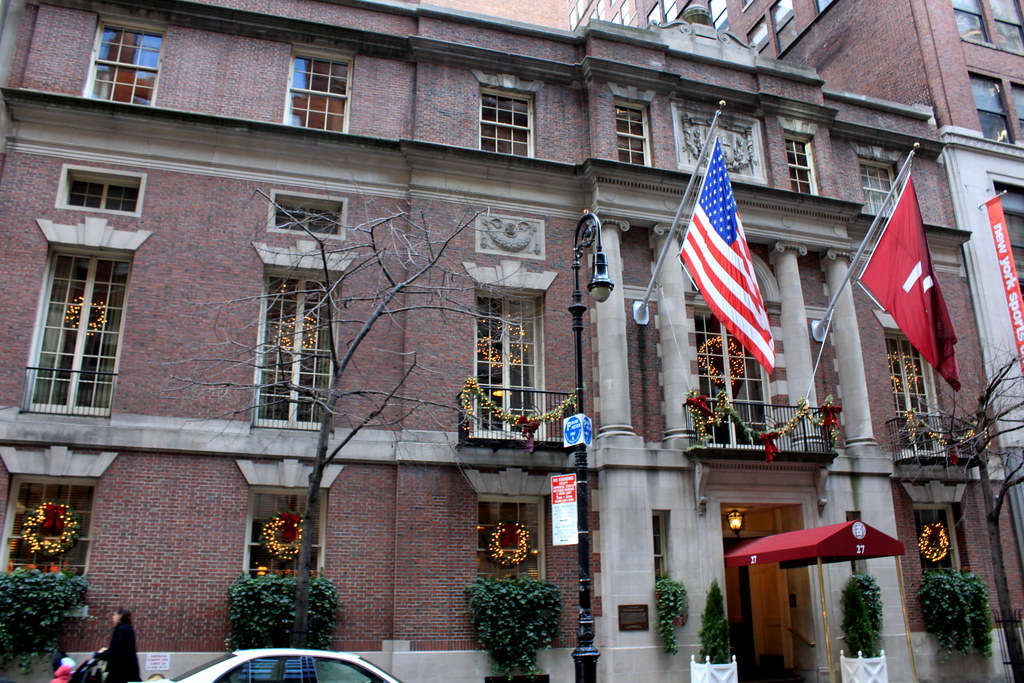 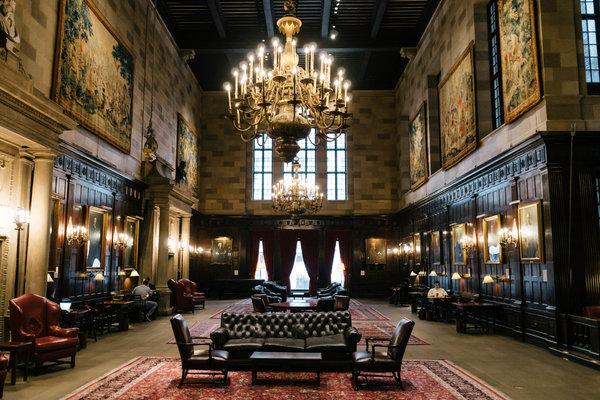 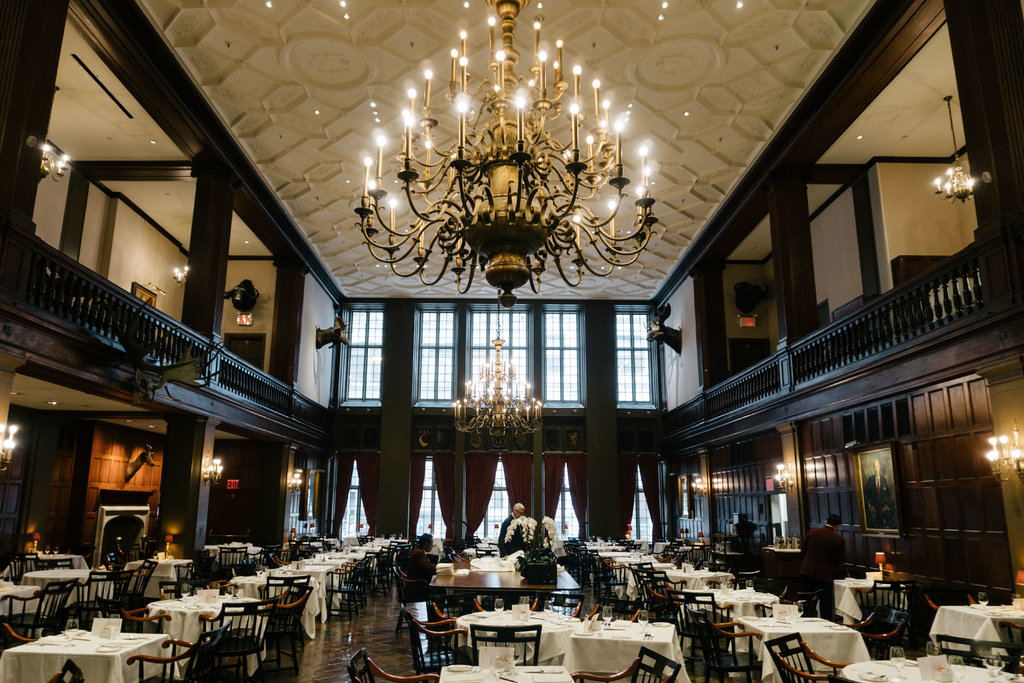 In 1865, when graduates of Harvard University had the idea to found a Harvard Club in New York City, it was a club without a home. For a number of years, the club met in a series of rented buildings, as well as Delmonico’s Restaurant. In 1888, the group purchased land on West 44th Street and eventually commissioned the architecture firm of McKim, Mead, and White to design the building. The firm designed some of the most recognizable buildings in the America of the late nineteenth century, including the New York Public Library and much of Columbia University.

Construction on the building began in 1894. The architects designed the building’s façade to resemble the gates at Harvard Yard, which were also designed by the firm. The building was designed in the Georgian style with a façade of red brick. A 1905 expansion added Harvard Hall, the Grill Room, a billiard room, a library, and two floors of guestrooms decorated with Harvard memorabilia. There were subsequent additions in 1915 and 1947.

There are numerous private clubs in the city,  but the Harvard Club remains one of the most exclusive. Unlike some of the other university-affiliated clubs, membership in the Harvard Club is limited to Harvard alumni and faculty--it does not accept alumni from other universities. New York residents pay more than $2,100 in dues annually, with students and out-of-state residents paying less.

The Harvard Club currently has a membership of over 10,000. In 2014, the Club completed an outdoor, rooftop space for the use of members. The project was the largest at the Club in over a decade.

The building is listed on the National Register of Historic Places and was one of the first buildings in the city to be designated as a New York City Landmark.