The Texas highway and tollway system is well known for its intricacy and buisiness. The now known as-Dallas-Fort Worth Turnpike- was opened to public use in 1957 in Texas, after construction was previously completed in the early to mid 1950’s. Such a system included years of planning and building. Interstates were also introduced (which are another great way to travel within a state or between many). The ideas of highways were revised during this time, and straightaways were more or less the end result of this advancement. Nonetheless, Texas state highways greatly exploited infrastructure in the state as well as create travel opportunities.

This is an older image of the Dallas-Fort Worth Turnpike, and a tollbooth. 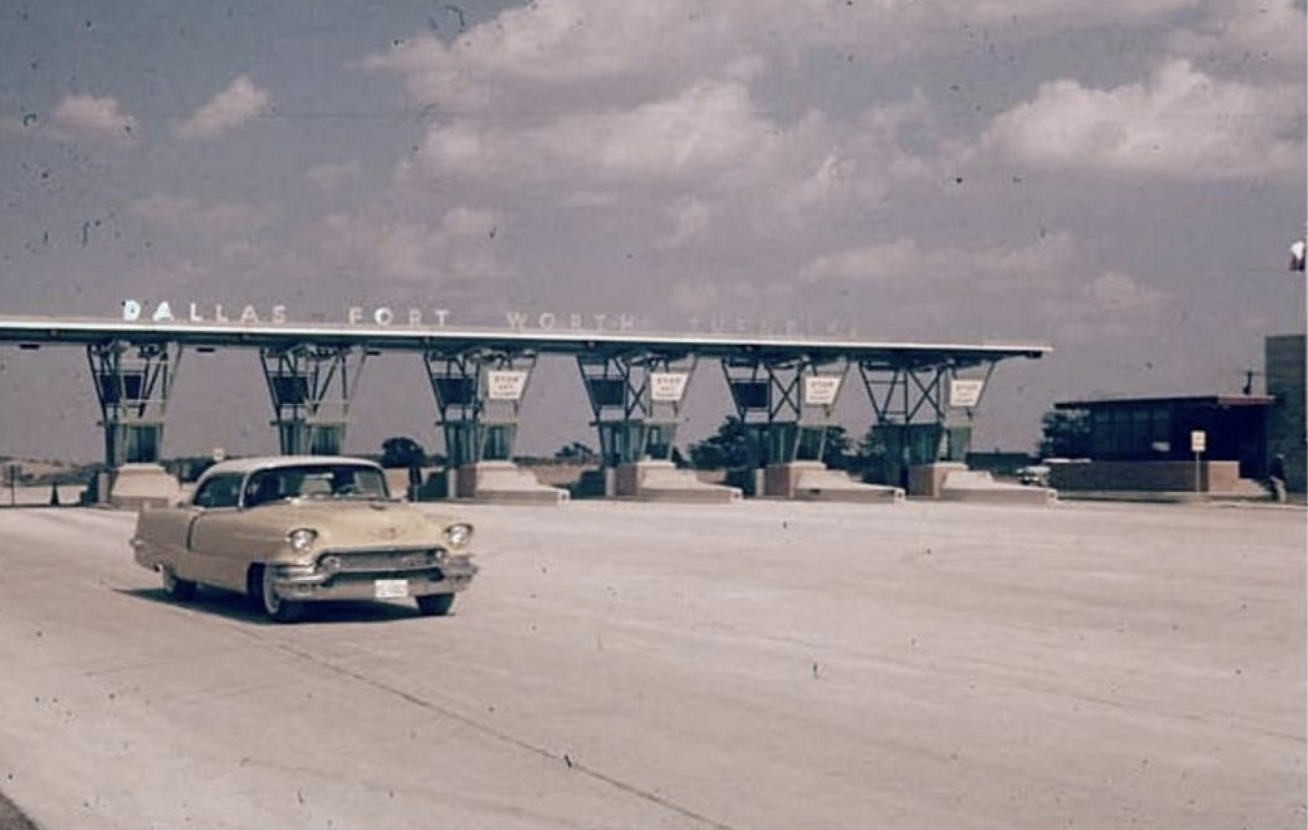 This map includes the DFW Turnpike as well as shows other highway systems and how they all connect. 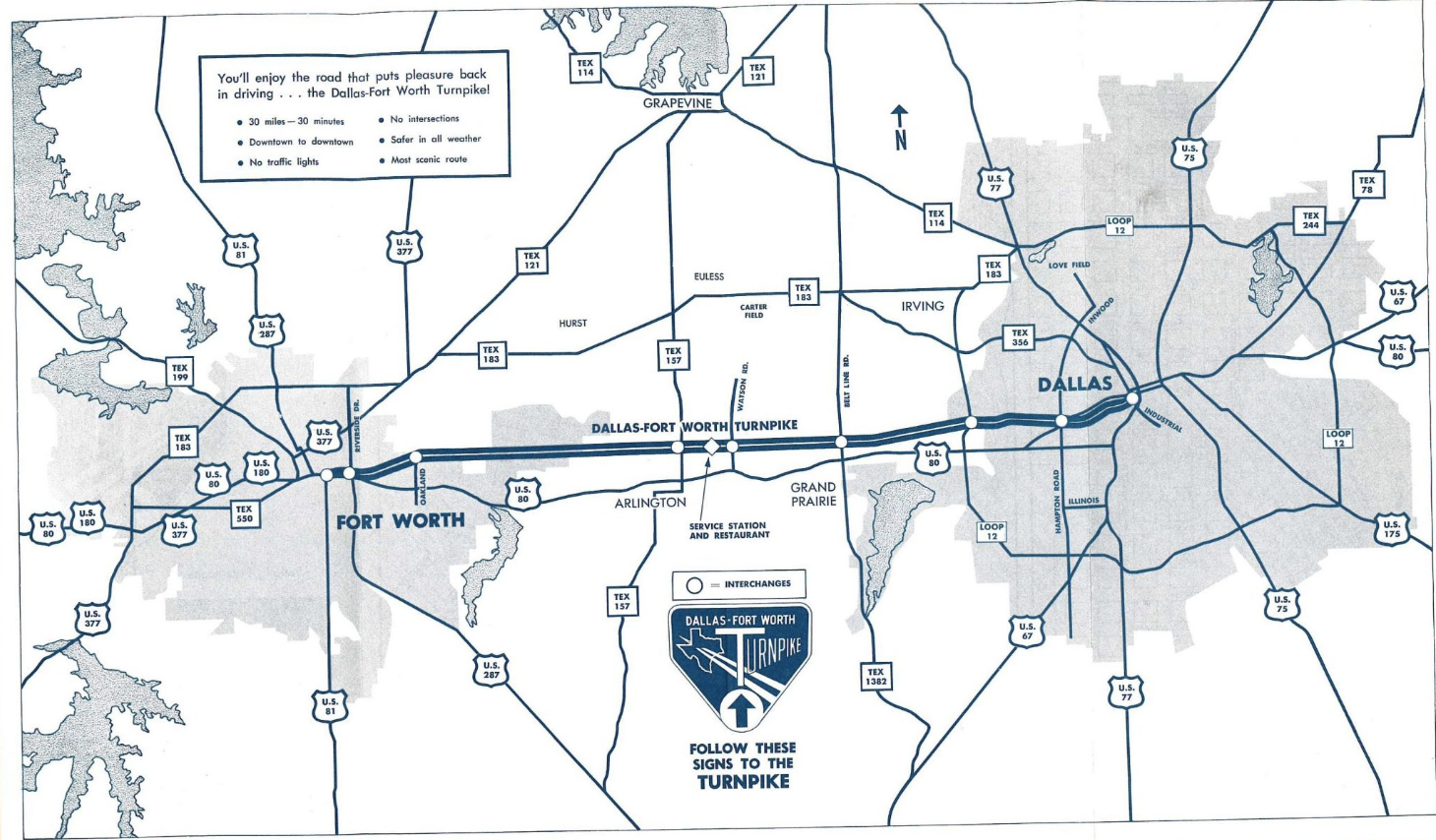 Here is a map of the Dallas North Tollway. 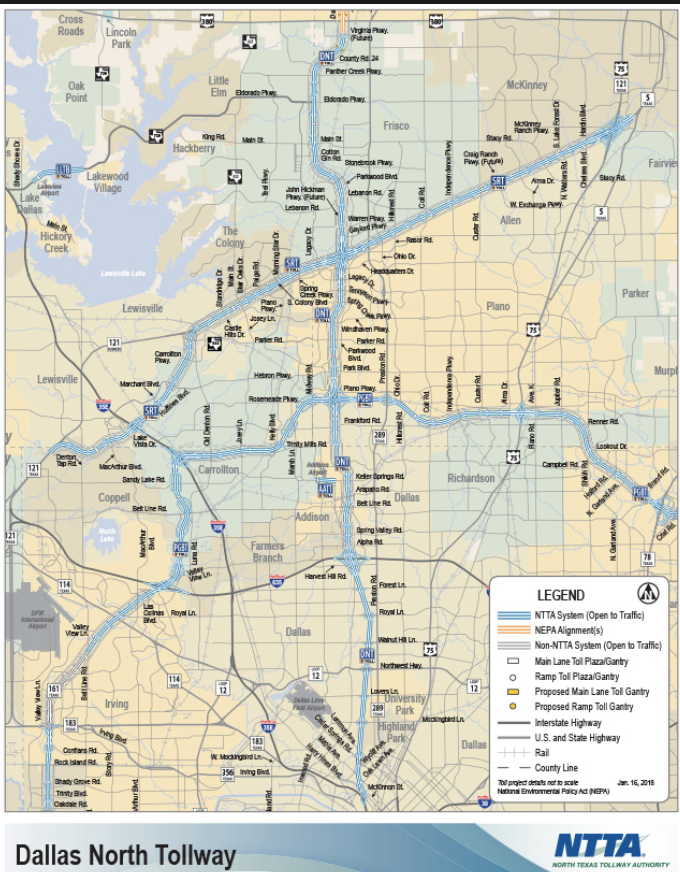 This is an image of Dallas North Tollway. 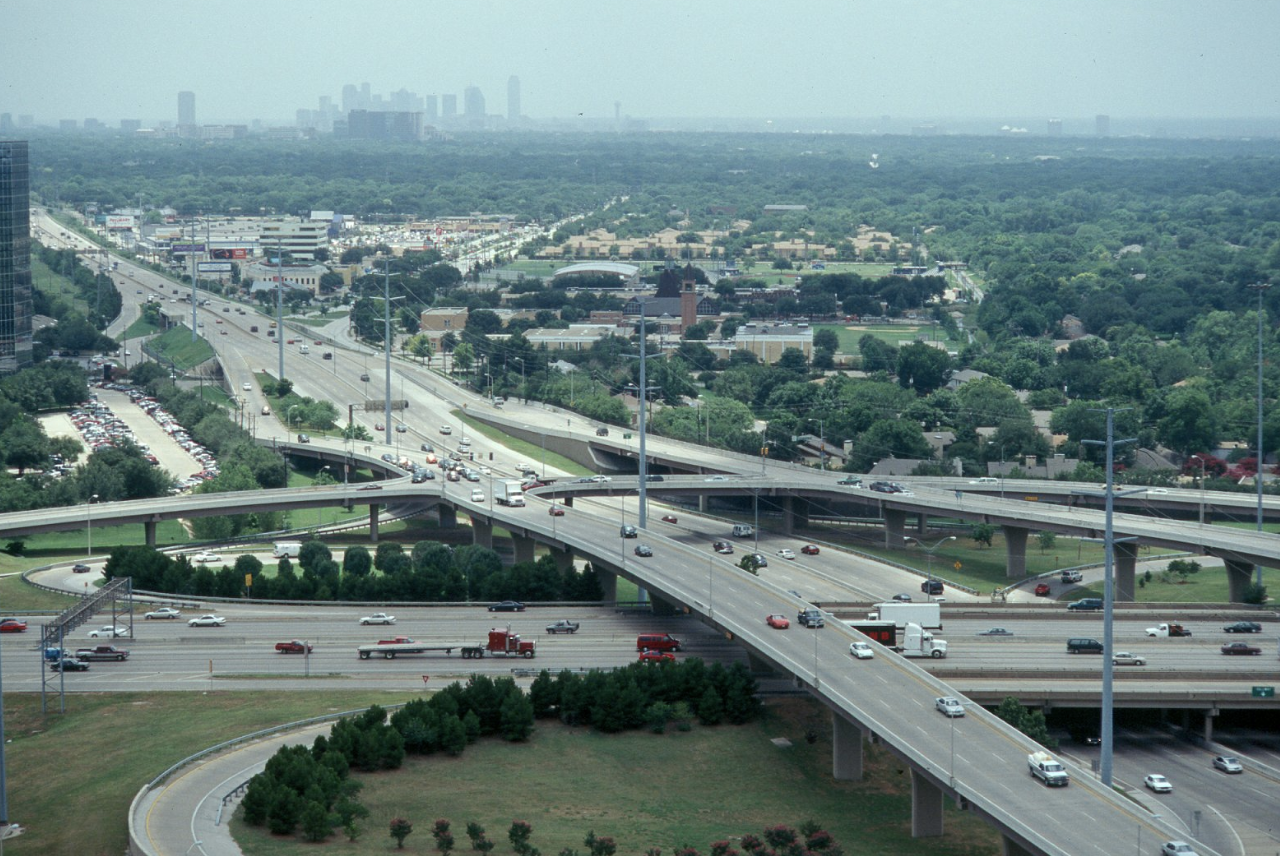 Highways were originally created for military utilization of travel and for emergency needs. As most United States citizens know, that is not what the use of this invention actually fulfills. Similar to the idea and creation/advancement of highways, the United States military was consistently developing new technology (and still is) and formulated better, and more efficient ways to travel. Some of these travels include helicopter, plane, armored vehicles, ships, and other vessels. These are the more common ways that the military seems to travel rather than by a typical civilian vehicle.

The trucking industry took off after the creation of straightaways, and thus connected the entire United States together, and expanded companies in an even more amazing way. This allows the transportation of bulk products and also creates jobs. The utilization of trucking also helps companies to grow in infrastructure, partnership, and audiences across the nation. The accessibility to locals due to the use of trucking allows easier and more convenient access to products and services to various industries and to fulfill needs.

The creation of highways-specifically straightaways-allows local people to live where he/she would prefer and travel or commute to work on a daily basis. Whether that is from a suburb to a city, or from the city to the countryside, people are not hindered in their everyday lives by the ability to having a lack of access to travel. These straightaways also allow people to travel easily and with convenience to and from where he/she may need to go. These highways travel through highly populated areas as well as provide a safer route to take to travel between state lines. The highways also increase efficiency in the sense that the travel direction will not take a traveler through random cities or towns or weave in and out of places that would take he/she out of the way. It helps to eliminate the lack of benefit that such may cause.

Like any town or city, highways have to be patroled. This creates more jobs for those in the service industry because service is designed to intend to keep the safety of the general public. Highways are highly populated, and accidents happen just like on regular roads, but with a higher intensity and at a faster pace. Highways have the ability to inhibit those who may work in service from doing the job intended if there is high traffic, but it may also help in different situations such as during the Dallas shooting. Police and other services from more than just the city of Dallas were called to help or for backup, and could easily get to where he/she needed to be without the element of inconvenience.

Texas has created a system in which people who do travel through payment is necessary. Because Texas highways and toll road systems are so large and intricate, the state decided to make money off of the travelers to maintain the quality of the roads. In a way, this is a tax. Those who live in Texas, this is not an inconvenience because toll tags exist, in which when a car with a tag passes through the booth, the tag is scanned and the users' account is charged. On the flip side, this is very inconvenient for non-Texas residents. It is a smart system though, and positive use of a tax. The toll booths used to just be accepted with loose change, and that was very inconvenient for people, but due to the tag system, management of this tax has become much easier.

McGregor, Nick. “How on Earth Did People Drive Across the Country Before the Highway

“I-35 Redesign Would Transform Austin Transit.” The Daily Texan,

Kirk, and Kite. “HIGHWAY DEVELOPMENT.” The Handbook of Texas Online|