The Barbourville battle, or skirmish, took place on September 19, 1861 and was the first Civil War engagement in Kentucky. Barbourville, located in Knox County, was home to Camp Andrew Johnson. Camp Andrew Johnson was created as a recruitment and training location for Eastern Tennessee and Kentucky Union loyalists. The Confederate Army detachment of approximately 800 would move into Barbourville to disrupt and destroy the nascent Union camp. Waiting to defend Barbourville was the local Home Guard.

Historical Marker about the Battle of Barbourville 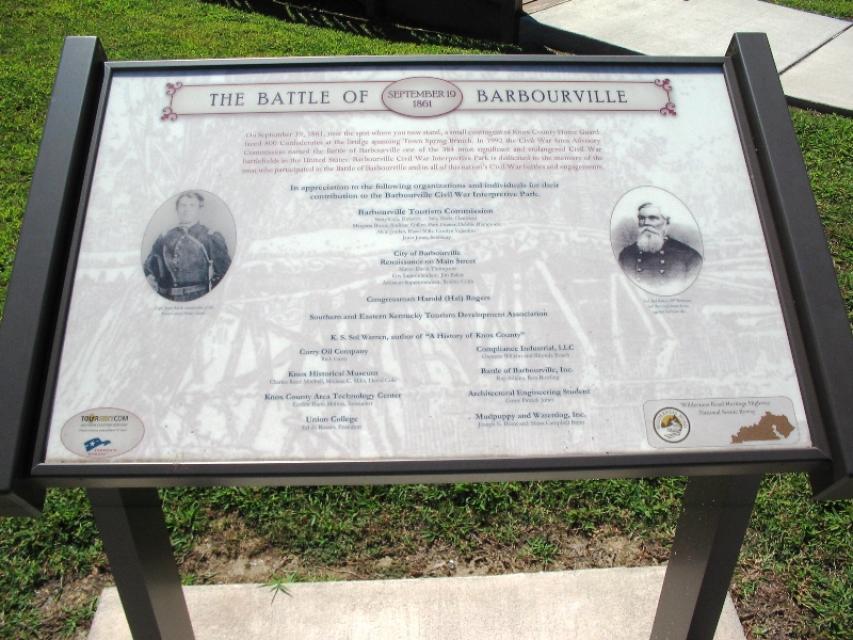 Map of the area the Battle of Barbourville was fought at 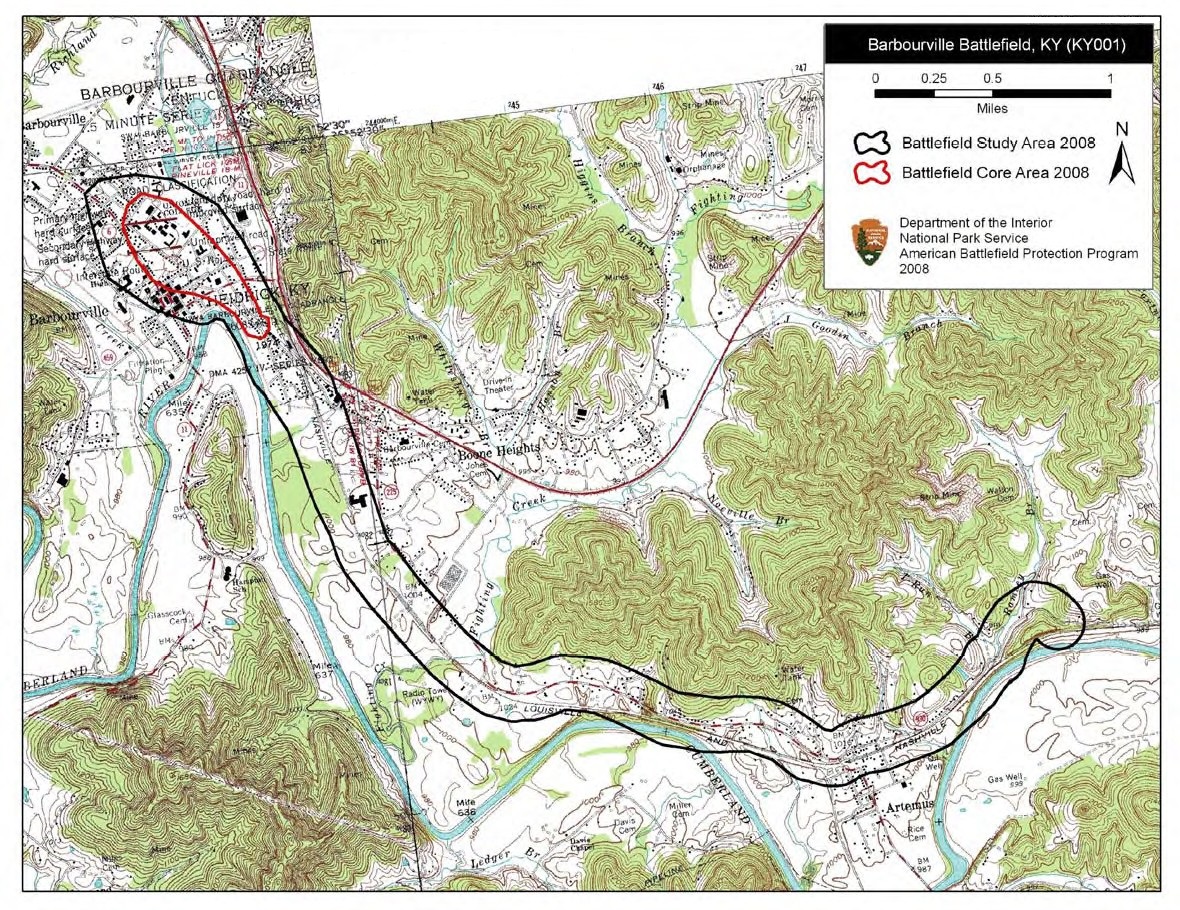 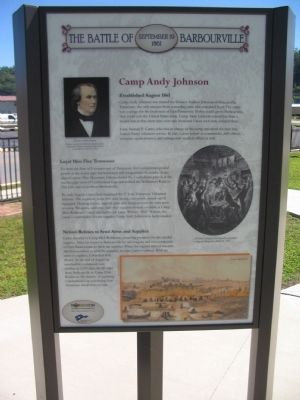 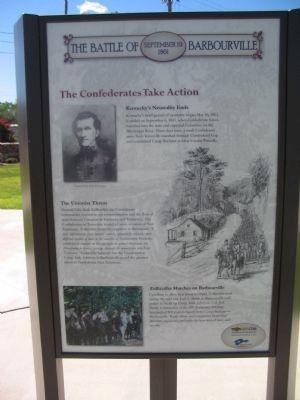 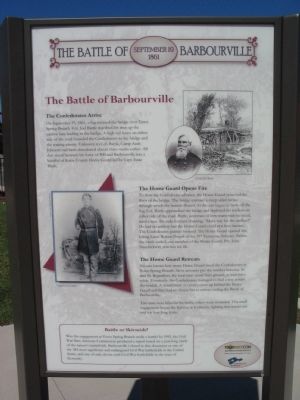 The secession of South Carolina along with the election of Lincoln created an intense political divide within Kentucky, At the beginning of the Civil War, Kentucky attempted to maintain neutrality as a border state but the covert actions due to the political divide were creating chaos. As states started to choose between the Union or the Confederates, the state Governor Magoffen continued to voice neutrality. Lowell H. Harrison even stated that to an outside observer, the United States may have looked like it “had become three countries: the Union, the Confederacy and Kentucky.” Kentucky became a prime target to both Union and Confederate forces and both armies set sights on the state and eventually chose to remain with the Union on September 19, 1861.

During the summer of 1861, Eastern Tennessee and Kentucky Union loyalists arrived at Camp Andrew Johnson in Barbourville, Kentucky to seek refuge from the Confederate TN and train to fight for the Union Army. In response, Confederate General Felix Zollicoffer sent a detachment of about 800 men to Barbourville on September 18, 1861. under the command of Col. Joel A. Battle to disrupt and destroy the Union camp. The next morning, September 19, the force entered the town and found that the recruits had already been sent to Camp Dick Robinson. A Union Home guard force lay in wait. It is unclear how many Home Guard fought, the estimates have been as few as 30 to as many as 300. The Guard commanded by Capt. Isaac Black , met the Confederates and a battle ensued. After the Home Guard retreated, the Confederates destroyed the camp and confiscated supplies and arms. This became the first battle of the Civil War in the state of Kentucky.