The Battle of Saint Charles, or the the Saint Charles Engagement, took place on June 17, 1862 in Saint Charles, Arkansas and by the nearby White River. It resulted in a Union victory over the Confederates with little casualties from both sides. The battle would include both naval and infantry forces and was rather quick for such an engagement.

Painting that depicts the Battle of Saint Charles 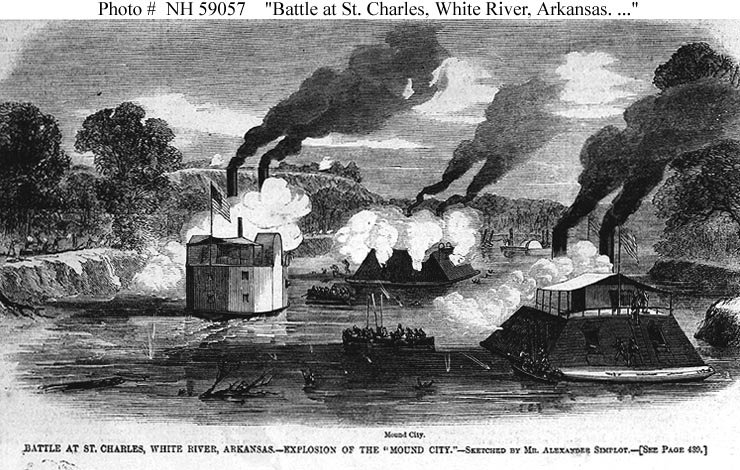 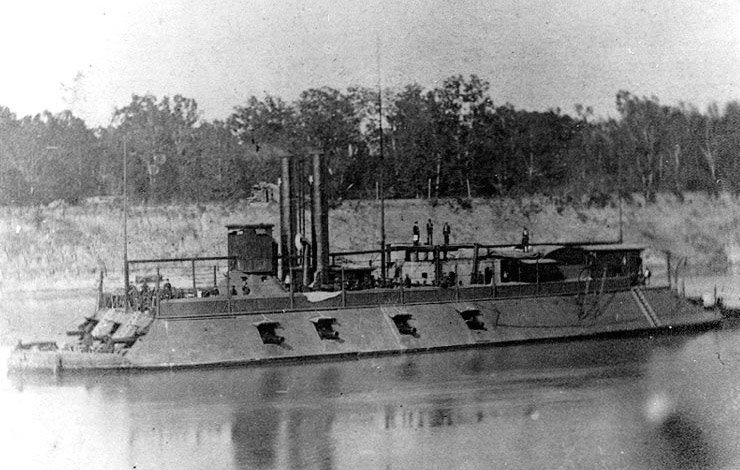 One of the cannons used during the battle 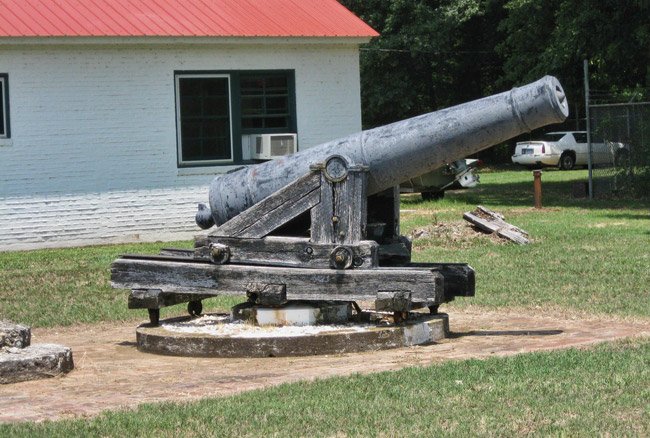 The Confederate navy moved was on the defense after the fall in Tennessee. A few Confederate ships were making their way up the White River located in Arkansas. Not only were they trying to save themselves but they also had to keep the Union forces from invading the White River also. Major General Samuel R. Curtis of the Union army advanced up to Jackson County, Arkansas, where the Black and White rivers converged, and established a headquarters. Major Thomas C. Hindman of the Confederacy was tasked with slowing the advancing Union forces so that the rest of Arkansas can be prepped for defense. Saint Charles was picked by Confederate captains Joseph Fry and A.M. Williams. There they set up multiple artillery batteries such as a howitzer, cannon, and thirty-two pound guns to defend the White River.
,           In the morning of June 17, 1862 Confederate ships, USS Mound City, St. Louis, Conestoga, Lexington, and other transports moved up the White River in an attempt to resupply Samuel Curtis and his troops. A few miles away, Union soldiers under the command of Colonel Graham N. Fitch started to proceed towards the Confederate battery emplacements in Saint Charles. Along with the advancing Union troops were other Union gunboats, making their way upriver. The gunboats engaged the USS Mound City damaging it quite badly and killing more than 125 of her crew while the other ship was towed out of danger. A Confederate round had ripped through the ship causing massive amounts of hot steam to kill the crew others were drowned or shot as they tried to swim away. Colonel Finch ceased his attacking gunboats so to prevent any more losses and then moved forward attacking the batteries. Colonel Finch was able to successfully attack the flank of the Confederate defenses and occupied the battery emplacements as well as Saint Charles. The battle was short lived but this was due to the Confederates being grossly outnumbered and overpowered by the Union force. The White River was in Union control for the rest of the war. According to reports the Union suffered 160 killed and the Confederates lost 6 killed.
There is a monument in the center of downtown Saint Charles that memorializes the battle that took place. It is to preserve the memory of the soldiers who fell there. Both the U.S. Fish and Wildlife Service and the Arkansas Natural Heritage Commission preserve this monument.