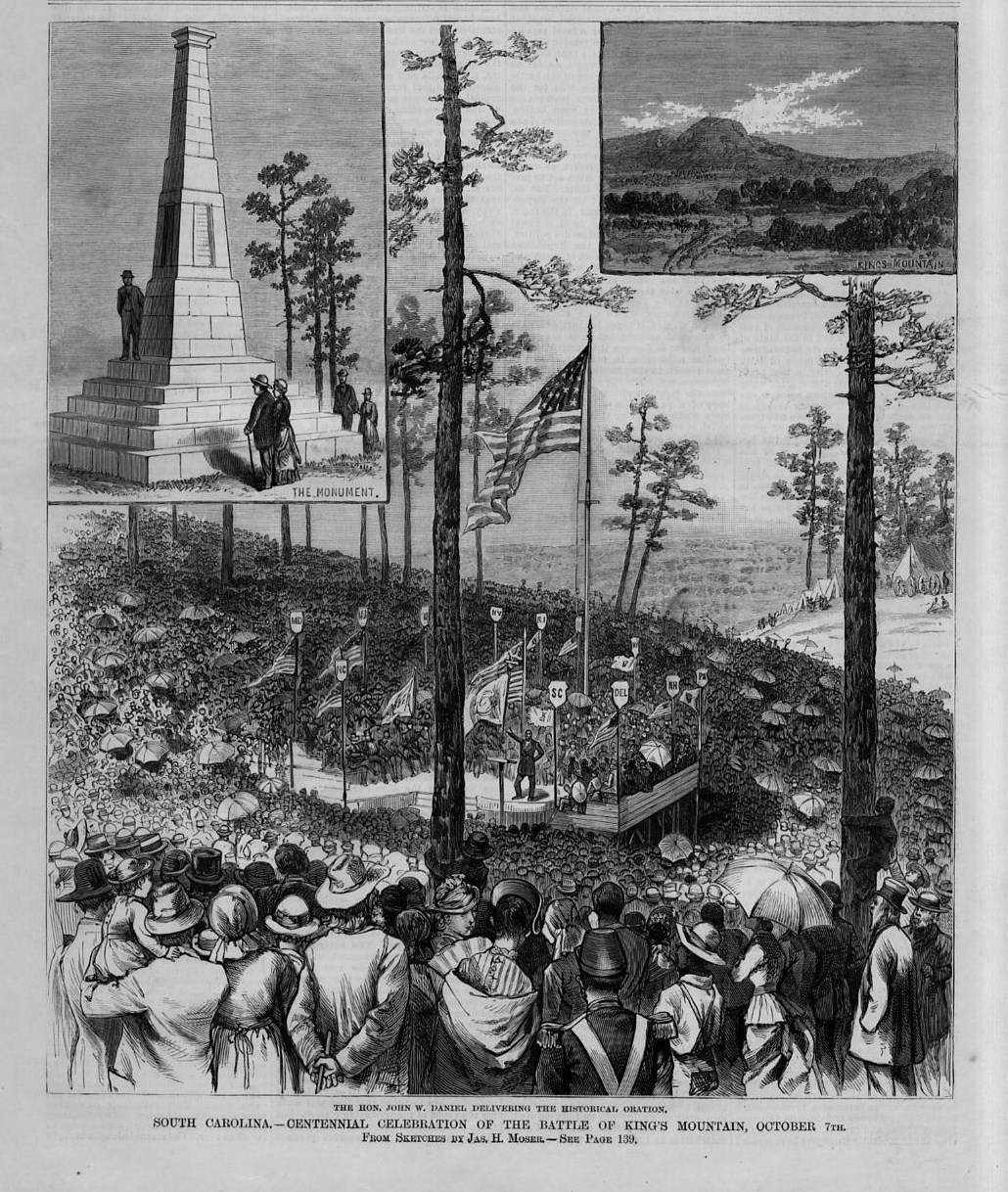 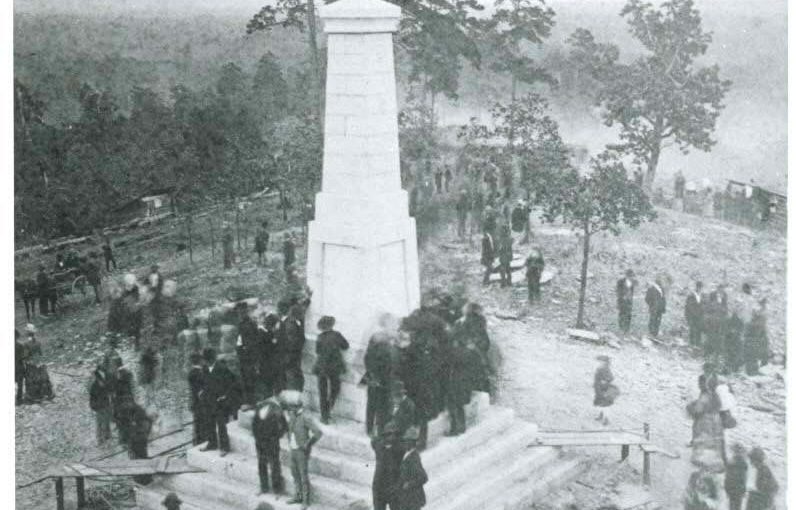 Centennial Celebration of the Battle of Kings Mountain 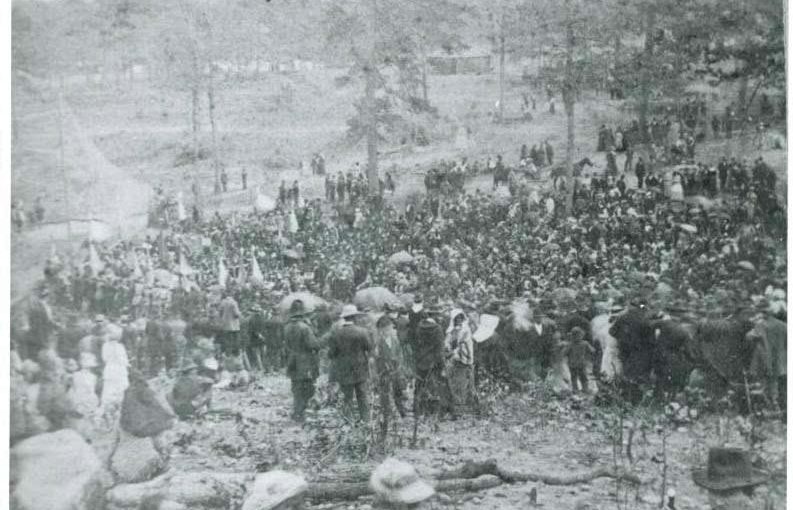 Program for the 1880 Commemoration

The association looked for private, and public funding to purchase the battlefield and to pay for the monument. As the first act of preservation of the battlefield, the association purchased 39.5 acres of the battlefield for $197.50. The KMCA then designed and erected the granite Centennial Monument and planned the celebration surrounding its unveiling on October 7, 1880. The three-day celebration included Reunion Day, Military Day, and Centennial Day. The wooded ridge was cleared for military maneuvers, and the flags of the original thirteen colonies were flown near the newly erected grandstand on top of the ridgeline. 15,000 people attended the celebration.

The Grand Lodge of the Masonic Order performed a cornerstone ceremony on June 23, 1880, and laid a copper box containing various documentation on past and present commemoration activities in the cornerstone.