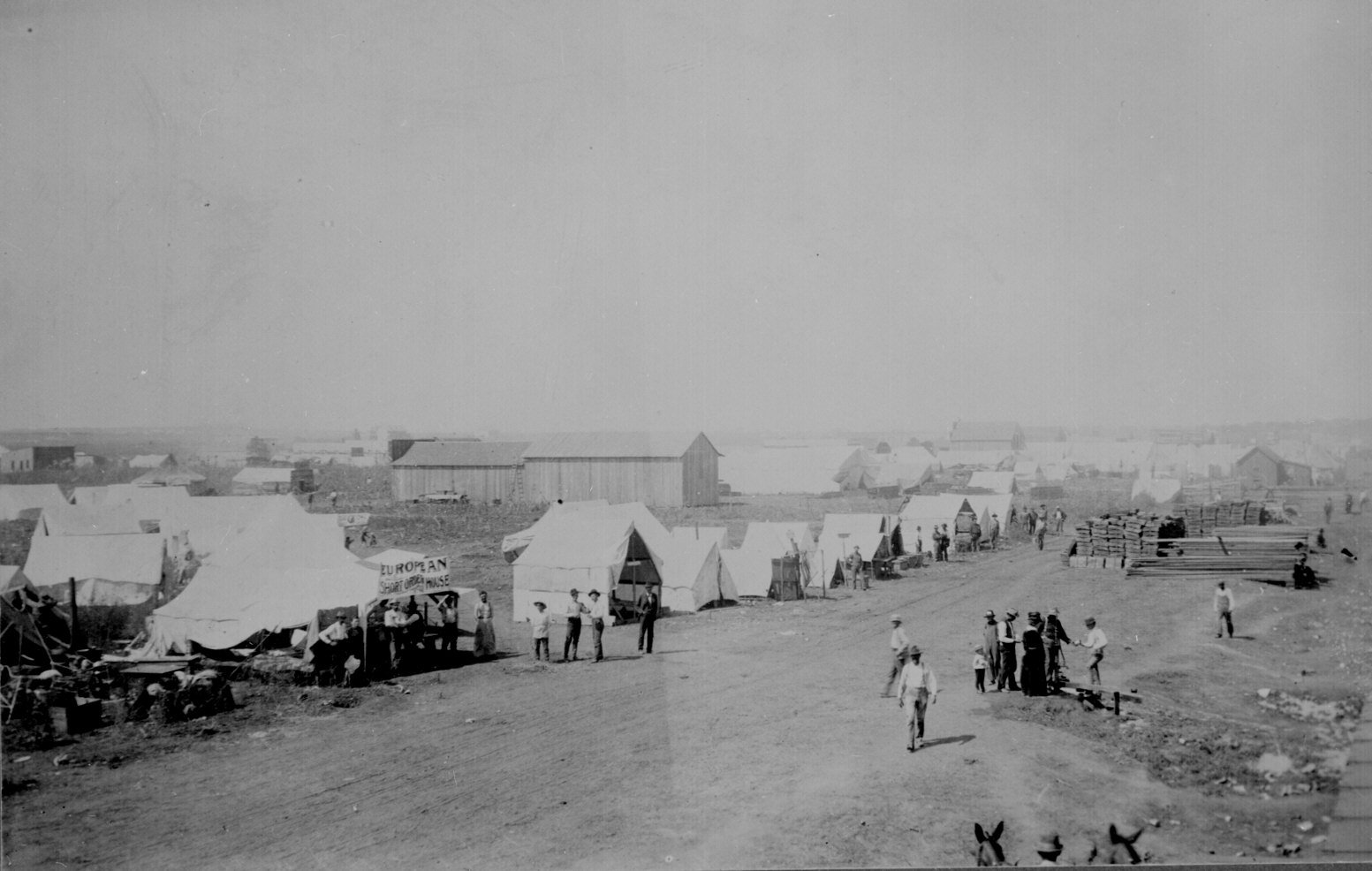 One of the contributing buildings of the Guthrie Historic District 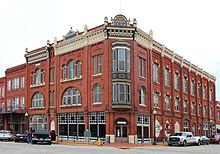 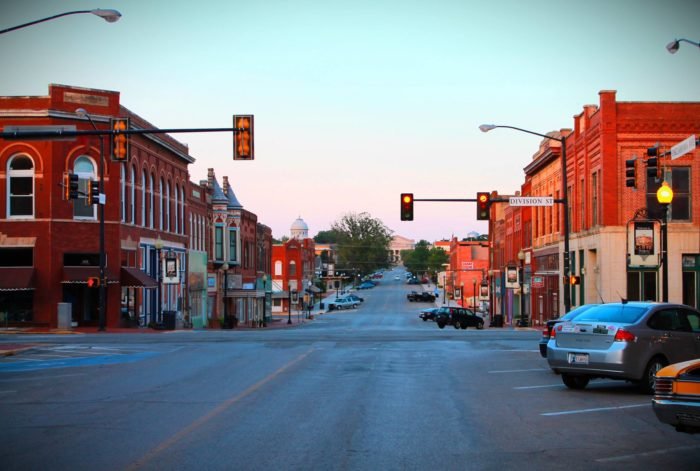 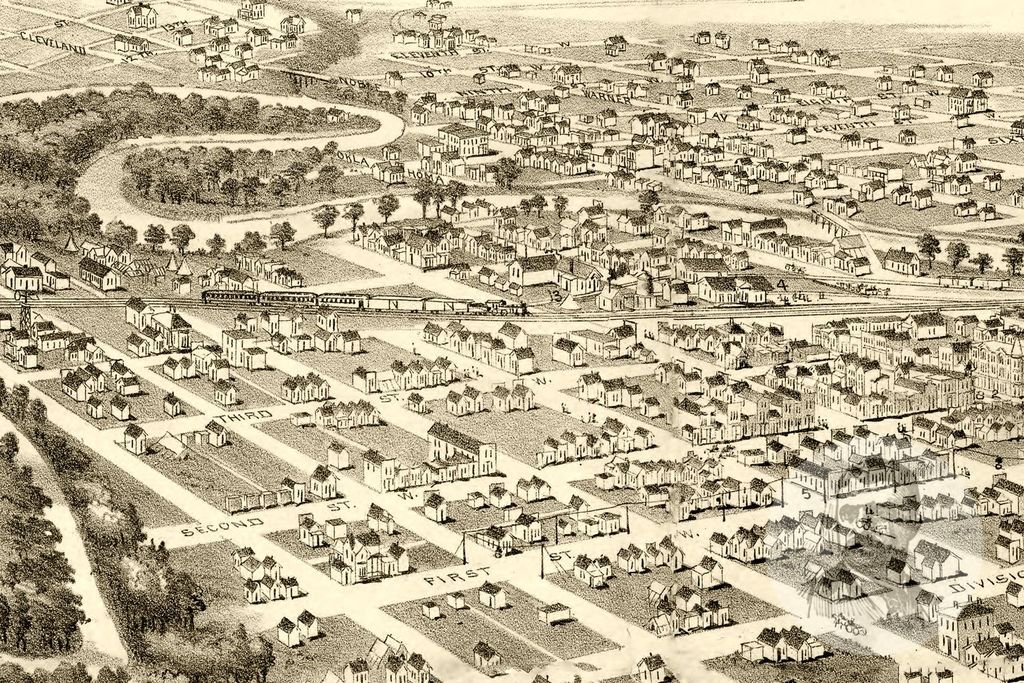 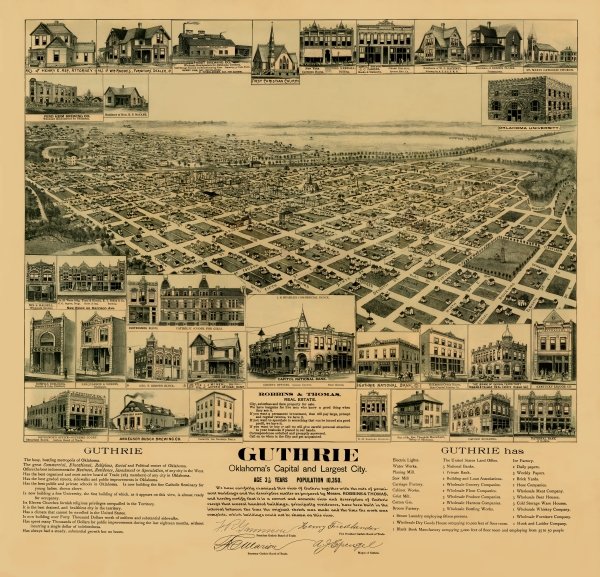 Guthrie, OK was first inhabited by settlers in 1887 as a train station serving the Southern Kansas Railway. A year later, Guthrie would see a large influx of inhabitants after the 1889 Land Run. The 1889 Land Run began on April 22nd, 1889 as an estimated 50,000 people raced over modern day Canadian, Kingfisher, Logan, Oklahoma, and Payne counties to claim their plot of land.  Guthrie had over 10,000 people staking their claim in the first hours of the Land Run on the land surrounding modern day Guthrie Historic District. A tent city was formed in waining hours of April 22nd as people waited to register their plots of land.
Guthrie had been chosen as a site for one of the Federal Land Offices where land seekers were required to file a claim on the land they had staked out. Wooden buildings soon replaced the tents as Guthrie slowly started to resemble a more traditional town. Four months after the land rush, the Guthrie City Directory showed that there was 6 banks, 16 barbers, 16 Blacksmiths, 17 carpenters, 2 cigar manufacturers, 5 newspapers, 7 hardware stores, 15 hotels, 19 pharmacists, 22 lumber companies, 39 doctors, 40 restaurants, and 81 lawyers in the city.
In 1890 the Organic Act turned Oklahoma into a U.S. territory and with it, Guthrie was selected as the Territorial Capital. On November 17th, 1907, Oklahoma was given its statehood and Guthrie subsequently became the state’s first capital. Guthrie remained the capital of Oklahoma until 1913 when a vote came up to find a more permanent location for the state’s capital.
The Guthrie Historic District (GHD) was the commercial core of Guthrie where the original tents and wooden buildings stood. The boundaries of the Guthrie Historic District are roughly Oklahoma Avenue on the north, Broad Street on the east, Harrison Avenue on the south, and the railroad tracks on the west; it also includes 301 W. Harrison Avenue.
The district was declared a National Historic Landmark 100 years after people took up camp in tents after the Land Rush of 1889. The United States government cites that the Guthrie Historic District is of significance because it was the first capital of the Oklahoma Territory and later the capital of Oklahoma. There are 69 contributing buildings in the Guthrie Historic District.