Now the headquarters of the United Way of Allen County, the 1881 McCulloch-Weatherhogg Double House is the only and a very fine example of High Victorian Gothic architecture in the county. Fort Wayne architect Thomas J. Tolan designed it for banker Charles McCulloch, whose father Hugh McCulloch served as Secretary of Treasury under Presidents Abraham Lincoln, Andrew Johnson, and Chester A. Arthur. It was built in 1881 with east and west house units. The other person associated with the house is Charles Weatherhogg, who took up residence around 1908. He, interestingly, was an architect and made changes to the house including the two-story porch. The house was restored in 2003 and in 2005, and was added to the National Register of Historic Places in 2001.

The McCulloch-Weatherhogg Double House is one of the more striking buildings in Fort Wayne. It was built in 1881 and is today the home of the United Way of Allen County. 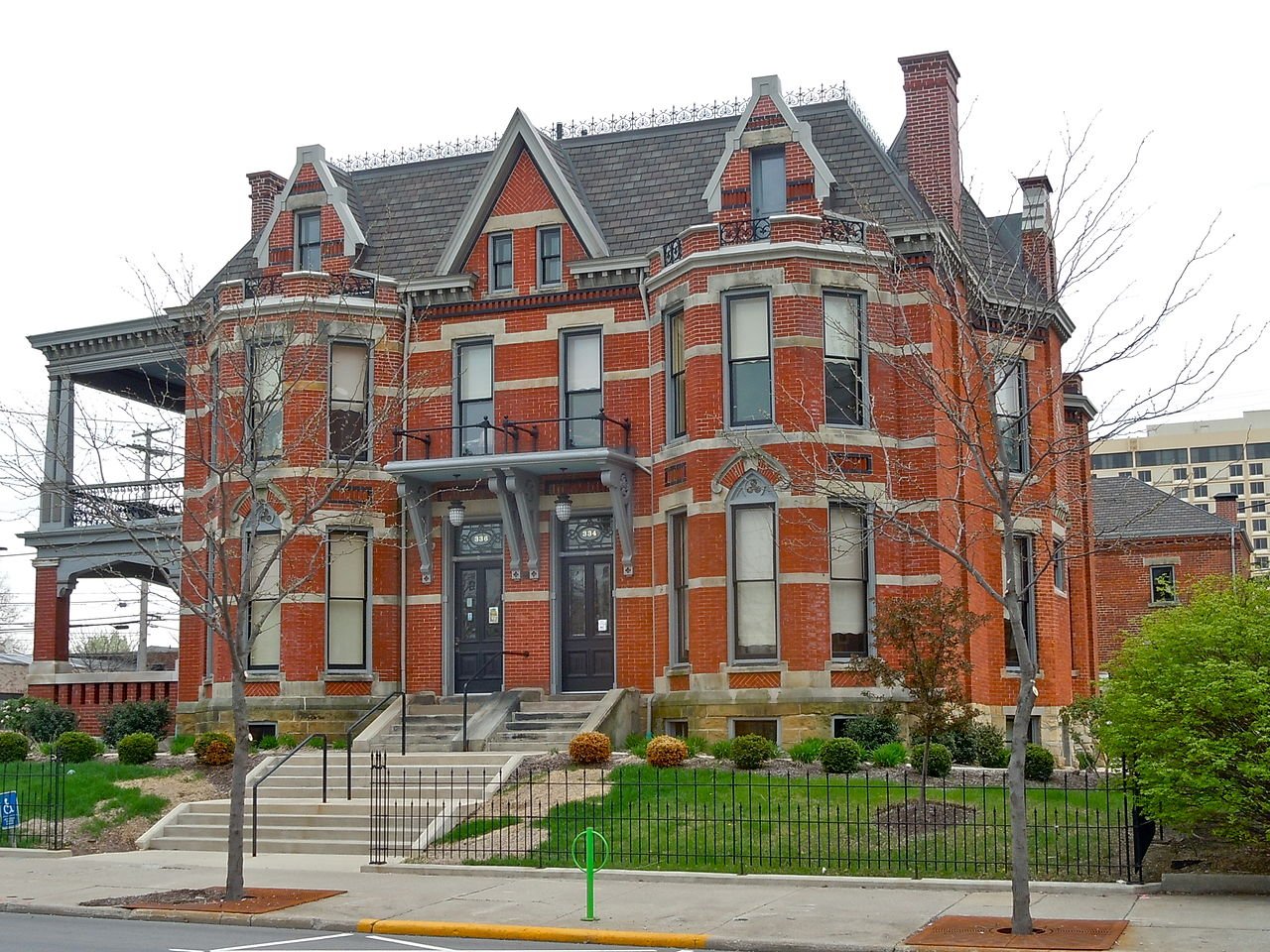 The house remained in the McCulloch family until 1957, when Charles' niece Betty Hiscox assumed ownership. The Hiscox family owned it until 1982 when she and her husband died. After a series of owners, the house fell into disrepair. Finally, it was restored in the mid-2000s and the United Way of Allen County moved in in 2006.