The Sower is a statue of the university’s first president, David Ross Boyd. Boyd was well known for personally planting trees across the once barren campus and seeing to their growth. Boyd's fiery passion for education helped him grow a community he was proud of. The statue is located at the entrance to the South Oval between the centennial arches along Lindsey Street

"The Sower" is a historic statue located at the entrance to the South Oval of the Norman campus. 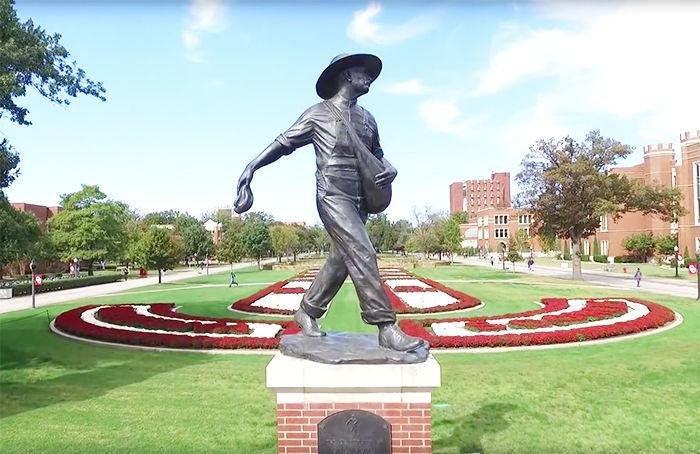 "The Sower" is also used as the official seal for the University. 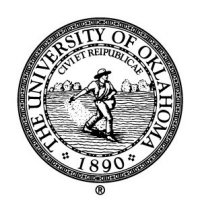 The Sower's bag is filled with Oranges in 2015, after the Oklahoma football team earned a birth into the College Football Playoffs and the historic Orange Bowl. 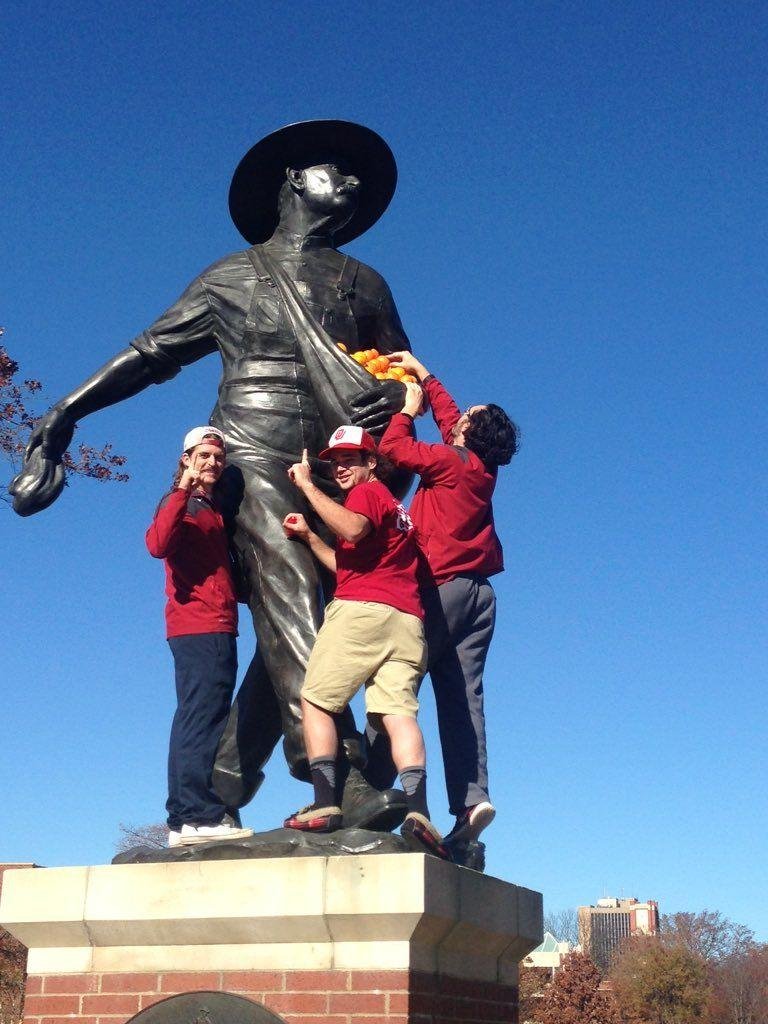 The Sower is a depiction of the university's first president, David Ross Boyd. Boyd made an early impression on his community by taking on a task that few had been successful at in the past. Growing trees had not been an easy task on the hard-compacted soil in Norman, Oklahoma. Boyd gave seed to anyone who would plant it, on the condition that if the tree died, they would reimburse him, but if they lived, they were free. With his hard work and attention to detail, Boyd was able to grow trees all over the university campus. This small act by one man would cultivate a strong sense community in Norman which would blossom over the years to come.

David Ross Boyd had a fiery passion for education. He started with a small staff and a campus full of potential to make their mark. A strong emphasis was placed on hiring faculty who had a desire to educate and not necessarily those with the most qualification. The campus was wide open, and Boyd was determined to build a university to be proud of. He set out to create a center for learning in a territory that had not even become a state yet. 15 years before Oklahoma was awarded statehood, Boyd took the position of university president. He served for 16 years and experienced the university grow as enrollment steadily increased. Increasing population on campus meant expanding campus and building more dormitories and classrooms. Norman as a community quickly bought into his vision and many agreed to help in his quest to beautify the campus with flowers and trees. Many social clubs, theatre groups, and sports teams were created in the early years to help unify the community and give everyone a sense of belonging.

The Sower represents the values that Boyd instilled into the University of Oklahoma as the first president. Among the top of his list was community service. The university motto, which can be found on the plaque, is “Civi et Reipublicae” which translates to “For the benefit of the Citizen and the State.” The emphasis on community was evident when many out of work men and women were given jobs around campus to plant, water, and take care of various trees and flowers. Boyd believes that by employing people of the community, they would become more prideful of where they live. The influence Boyd had on his surroundings was immeasurable, he created the university on a foundation of solid values that would set it apart for many years to come.