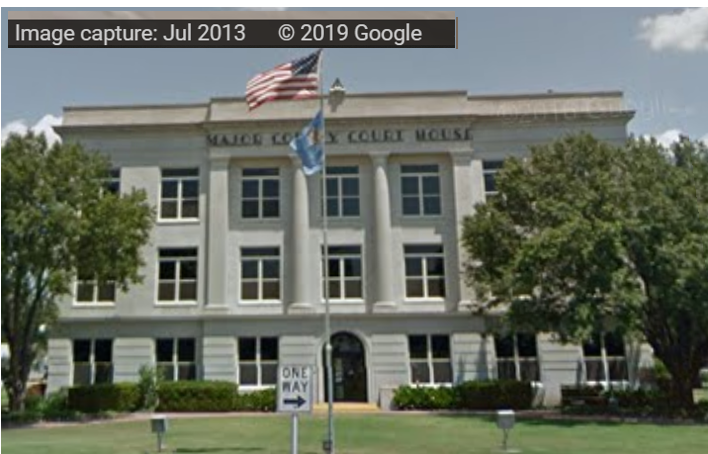 The current stone structure replaces a two-story brick structure built in 1908-9. Designed by the Oklahoma City architectural firm Tonini & Bramblet, known for their work on courthouses throughout Oklahoma, the new courthouse was built in 1928 at a cost of $77,495.

Like other courthouses designed by Tonini & Bramblet, the courthouse is notable for its incorporation of simplified Neoclassical elements such as Tuscan columns and pilasters. Another outstanding feature is the main entranceway, centered and recessed in a Roman arch. The attic of the building was designed to house the county jail.