Opening on April 16, 1947 and located within the Henry Clay Hotel, the Beaux Arts Cocktail Lounge is believed to be the first bar in Louisville that welcomed homosexual patrons. According to the research of Catherine Fosl, director of the University of Louisville's Anne Braden Institute for Social Justice, the Beaux Arts Cocktail Lounge along with the Plantation Room, located within the Kentucky Hotel, and Gordon’s were patronized by gay men in an era when their patronage was refused at most other establishments. These three establishments were unique in being open to all and a place where gay patorns could "take off their mask" in the lingo of the era. The Beaux Arts closed in 1955, and in the 1980s, the building once again hosted an establishment that was on the forefront of social change as the home ot the Creative Employment Project. This social program is remembered as one of the few gay and lesbian-friendly workplaces in Louisville.

As part of an ad in the Courier-Journal in November 1952, readers of the paper were invited to the Beaux Arts Cocktail Lounge to “relax and be gay with Renee at the organ.” 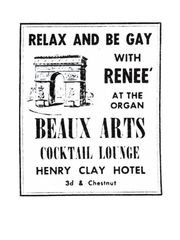 An illustration of the Beaux Arts Cocktail Lounge. 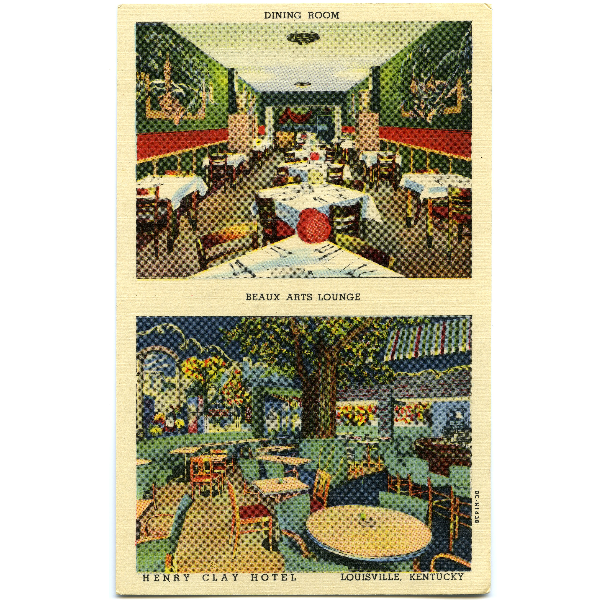 The Beaux Arts Cocktail Lounge in 1947. 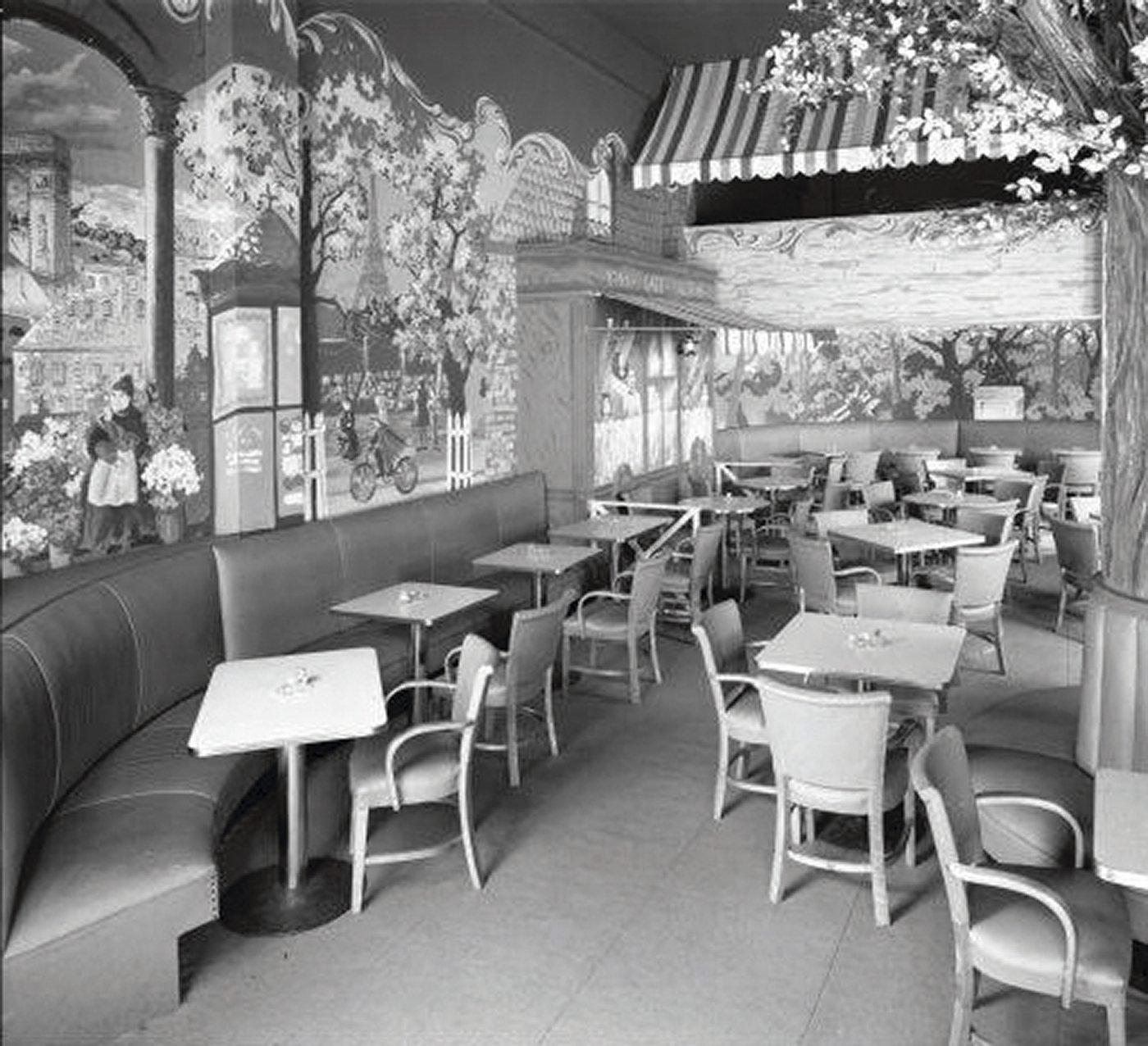 The lounge was within Louisville's business district during the 1950s and appears to be open to all in an era when homosexual men were often harassed or even arrested if they "took off their mask"- a euphemism used by gay men and women at this time that meant something similar to "coming out" today. The bar was frequented by well-educated and middle-class locals during its eight years of operation. Whether they would visit after work or make a special trip there as part of a night out, visitors of the lounge could enjoy organ playing at the lounge. As part of an ad in the Courier-Journal in November 1952, readers of the paper were invited to “relax and be gay with Renee at the organ.” The Beaux Arts Cocktail Lounge, Plantation Room, which is within the Kentucky Hotel, and Gordon’s also had a reputation for being open to all patrons.

The lounge closed in 1955, but in the 1980s the building served as a location for the Creative Employment Project. It was a social program organized by the Young Women’s Christian Association. The program is remembered as one of the most gay and lesbian-friendly workplaces within Louisville, Kentucky. Now the location is the Henry Clay us home to condominiums and apartments as well as a location for special events.