Erected in 1915 by the New York, New Haven and Hartford Railroad, Essex Freight Station is a historic train station that now serves as the starting point for Connecticut Valley Railroad, which offers excursion rides on steam trains (and also steamboat excursions on the Connecticut River). Similar to the train station at Deep River (which is its own Clio entry), it is a well-preserved example of a typical passenger and freight train station built in the Northeast during the early 1900s. It was added to the National Register of Historic Places in 1994.

The Essex Freight Station was built in 1915. 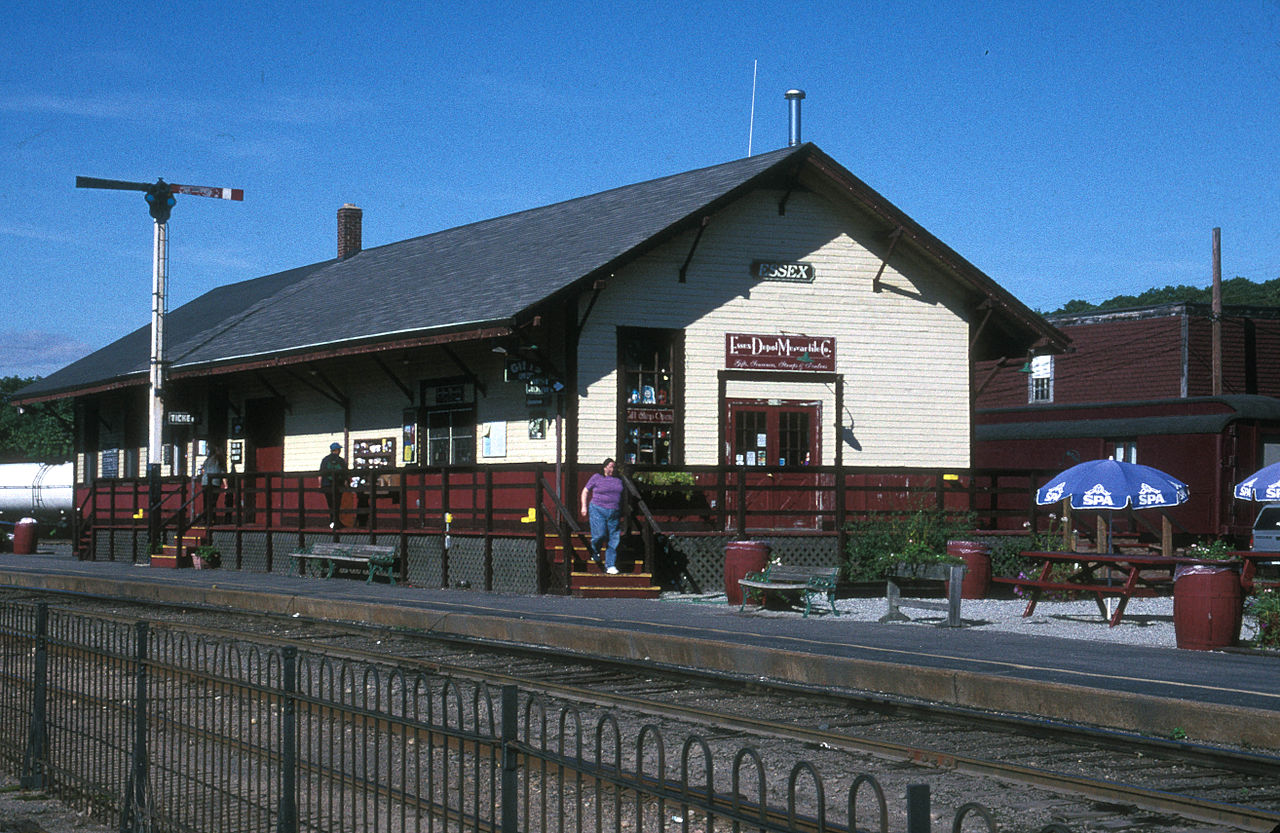 The Valley Railroad Company was founded in 1868 and within a few years built the line from Hartford to Saybrook Point. The first train ran on the 45-mile track on July 29, 1871. Unfortunately, financial troubles in 1976 forced the company to dissolve. The next company, the Hartford & Connecticut Valley Railroad, acquired the line but then sold it to what would eventually become the New York, New Haven and Hartford Railroad. The new company made improvements and grew the line to its greatest extent.

Activity on the line decreased after World War I due to the increased use of cars and trucks. Eventually, the company fell into bankruptcy in 1961 and only two slow freight trains ran a week. Freight service officially ended in 1968. The new owner of the line, Penn Central, had plans to tear it up but after a group of local residents voiced their concerns over this possibility, Penn Central sold it to the state. The Valley Railroad Company obtained a lease from the state in 1970 and ran the first train on July 29, 1971, which was 100 years to the day the very first train ran on the line.