The J. S. Dorton Arena opened in 1953 as the State Fair Arena. In 1961, the facility was renamed in honor of long-time North Carolina State Fair manager Dr. J. S. Dorton. The structure is unique for its elliptic shape and for having the first cable-supported roof system. In 1957, the Dorton Arena was named one of the ten 20th-century buildings most likely to influence future architects. 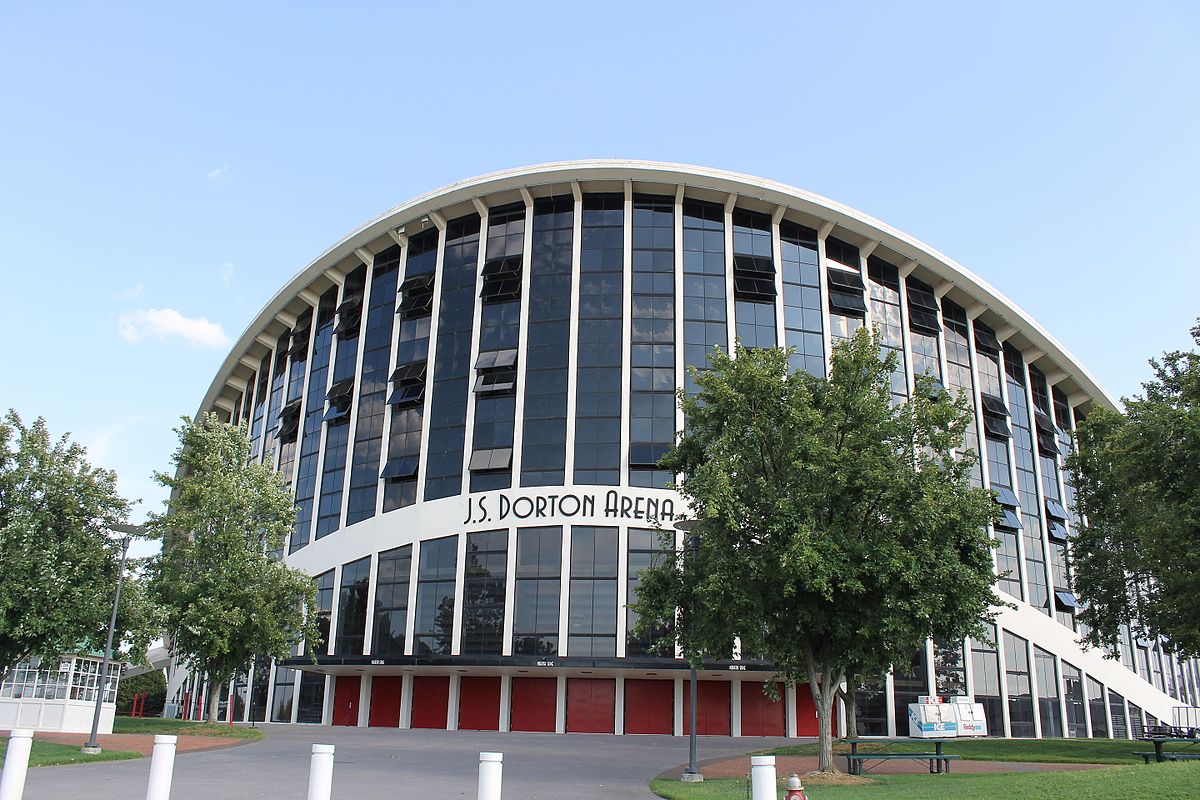 Side-view of the Dorton Arena. Photo by Leah Rucker. 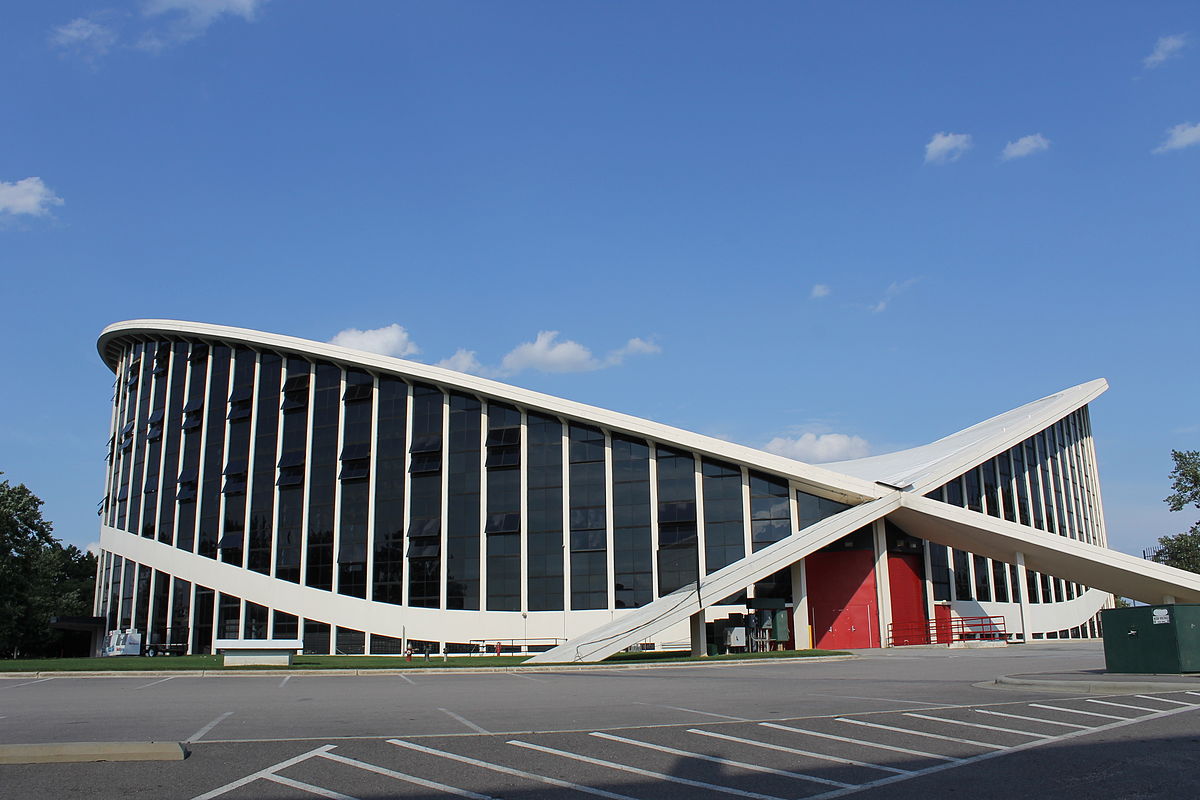 A crowd attending the Governor's Conference on Forest Fire Prevention on Nov. 14, 1956. Photo from the Forest History Society. 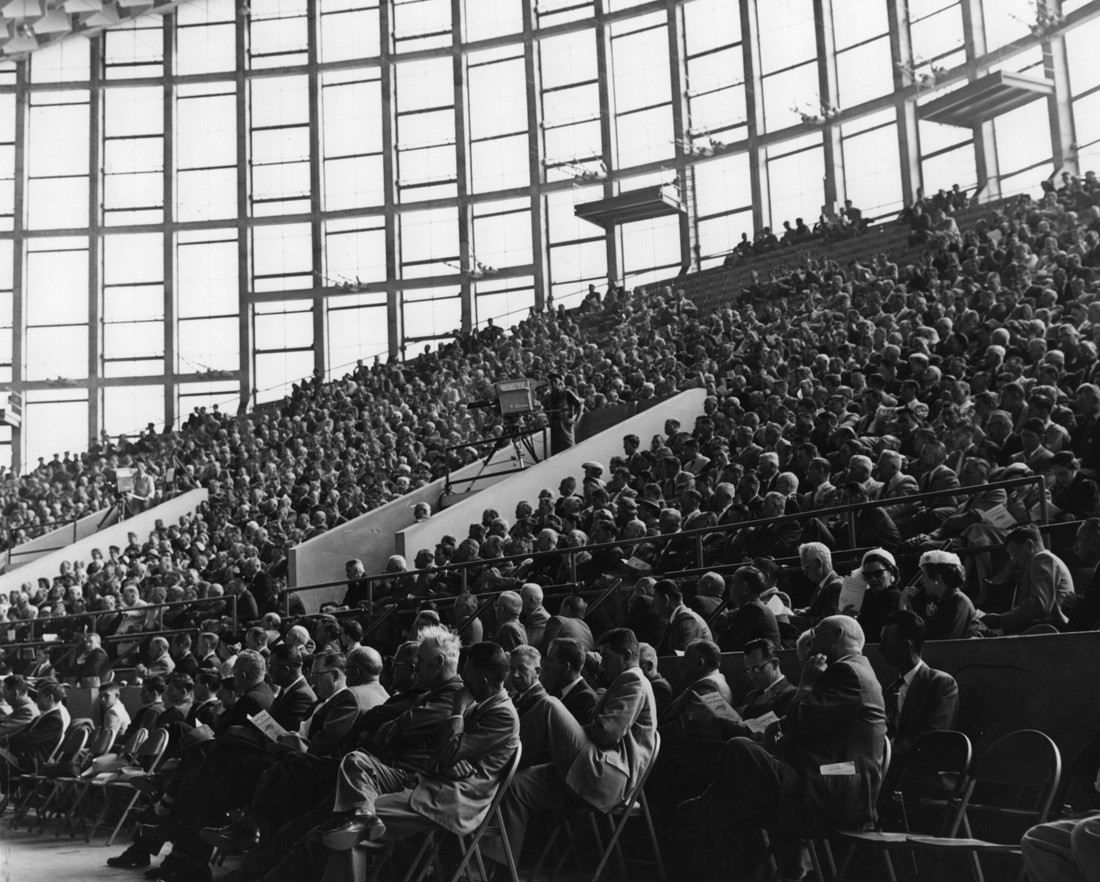 A 1960s postcard of the Dorton Arena. From the State Archives of North Carolina. 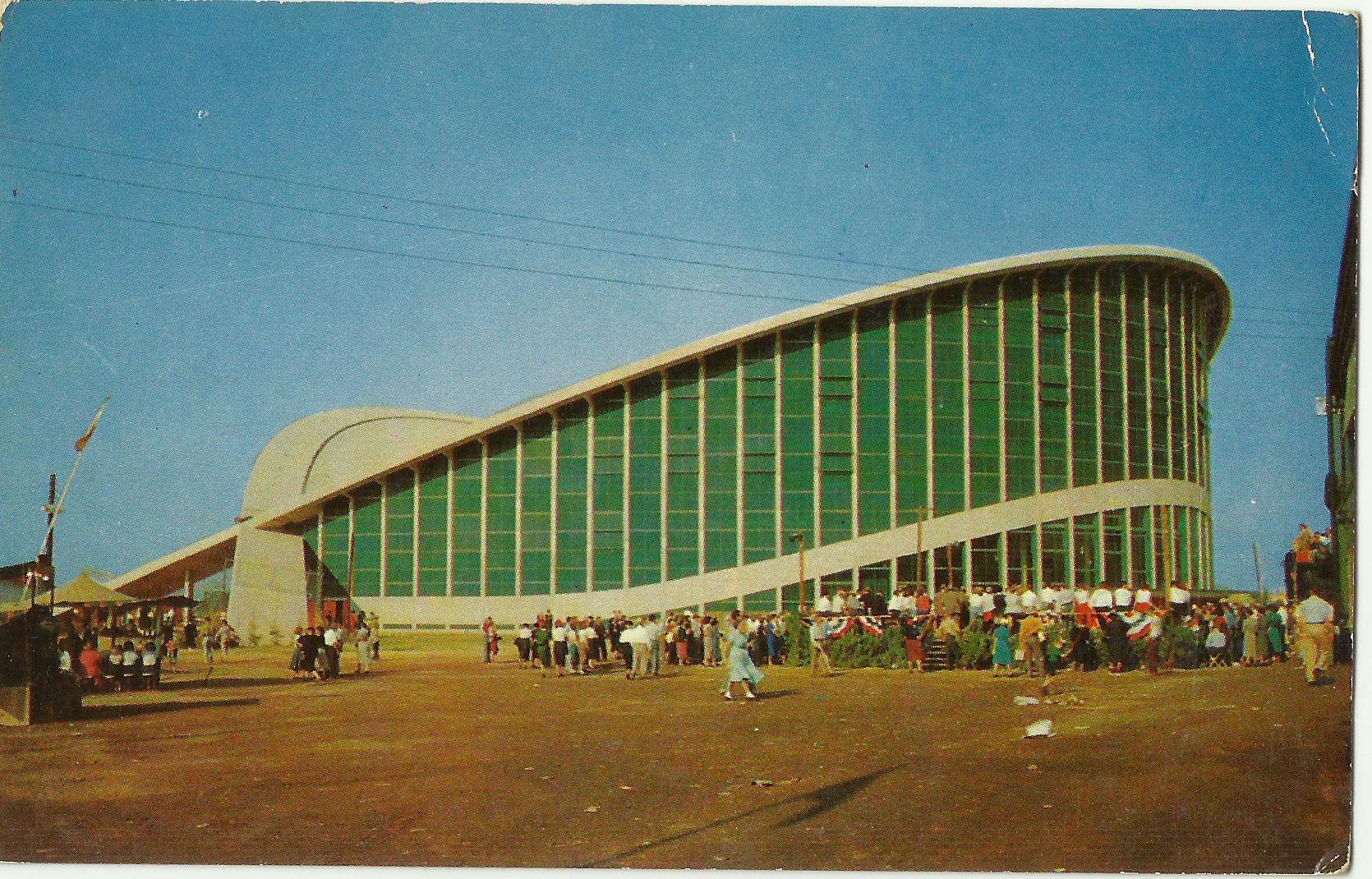 The J. S. Dorton Arena, originally called the State Fair Arena, was built in 1952. Because the arena was used as a livestock pavilion, it was quickly nicknamed the “Cow Palace.” The structure was designed by Matthew Nowicki, at the time head of the Department of Architecture at North Carolina State University. Nowicki died in an airplane crash in Egypt just after being chosen as the architect for the project. His friend William Henley Dietrick then took over. The finished pavilion closely followed Nowicki’s conceptual drawings.

The arena was renamed the J. S. Dorton Arena after Dr. J. S. Dorton, a veterinarian who served as manager of the state fair from 1937 until his death in 1961. Just over a decade later, the arena was added to the National Register of Historic Places in 1972. Since then, the Dorton Arena has continued as part of the North Carolina State Fair as a venue for live performances. Throughout the rest of the year, the Dorton Arena is used for concerts, trade shows, and other exhibitions or events.