The President's House is a historic building on the campus of Southern Arkansas University (SAU) in Magnolia, Arkansas. The single-story brick structure was designed in the Mid-Century Modern style by Wittenberg, Delony, and Davidson, and built in 1958. The architectural style is a departure from the rest of the firm's work for SAU, which is predominantly Colonial Revival in character. The house is set north and east of the university's athletic fields, away from the main campus buildings. Its construction was begun under the tenure of Dr. Dolph Camp. It was used as the official residence of the university president until the summer of 2001, and has since 2003 housed the SAU Alumni Foundation. 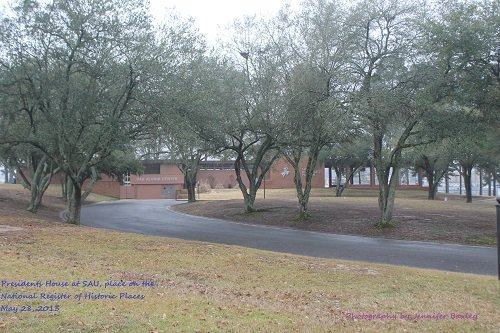