Ansonia Public Library has served the town of Ansonia since 1892. Notable Conncecticut George Keller designed in the Romanesque style using brownstones. It was built as a gift to the city by Caroline Phelps Stokes in honor of her parents and maternal grandfather, Anson Greene Phelps, who founded Ansonia. The library was added to the National Register of Historic Places in 1985 for its architecture and association with Stokes and Phelps.

Ansonia Public Library was built in 1892 and expanded in 1960. It was built by Caroline Phelps Stokes as a memorial to her parents and maternal grandfather. 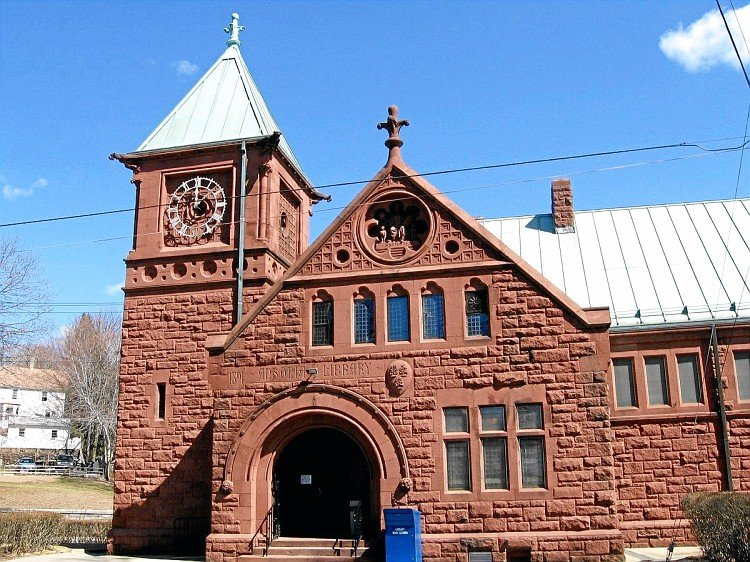 Anson Greene Phelps was born in 1781 and grew up as an orphan but would become one of the area's leading figures, earning respect as a businessman and industrialist in the metal manufacturing industry. He owned a company called the Ansonia Brass and Copper Company, which was a predecessor to the American Brass Company.

The library did not open for a few years after it was completed. Town officials refused to pay the annual operating and as a result the building sat vacant. Finally, they agreed to pay in 1896 and the library has been operating ever since. An addition was built in 1960.