Spirit of the Frontier Statue

Erected in 1990, this life-sized bronze sculpture commemorated both Native American and settler women’s struggles to nurture their families in nineteenth-century Arizona. A Native woman and a white settler woman stand proudly with their children in front of a Prescott shopping center constructed on Yavapai tribal lands. It was removed after the Yavapai-Prescott Indian Tribe acquired the shopping center in 2012.

Spirit of the Frontier as of March 2014. Photo by Cynthia Prescott. 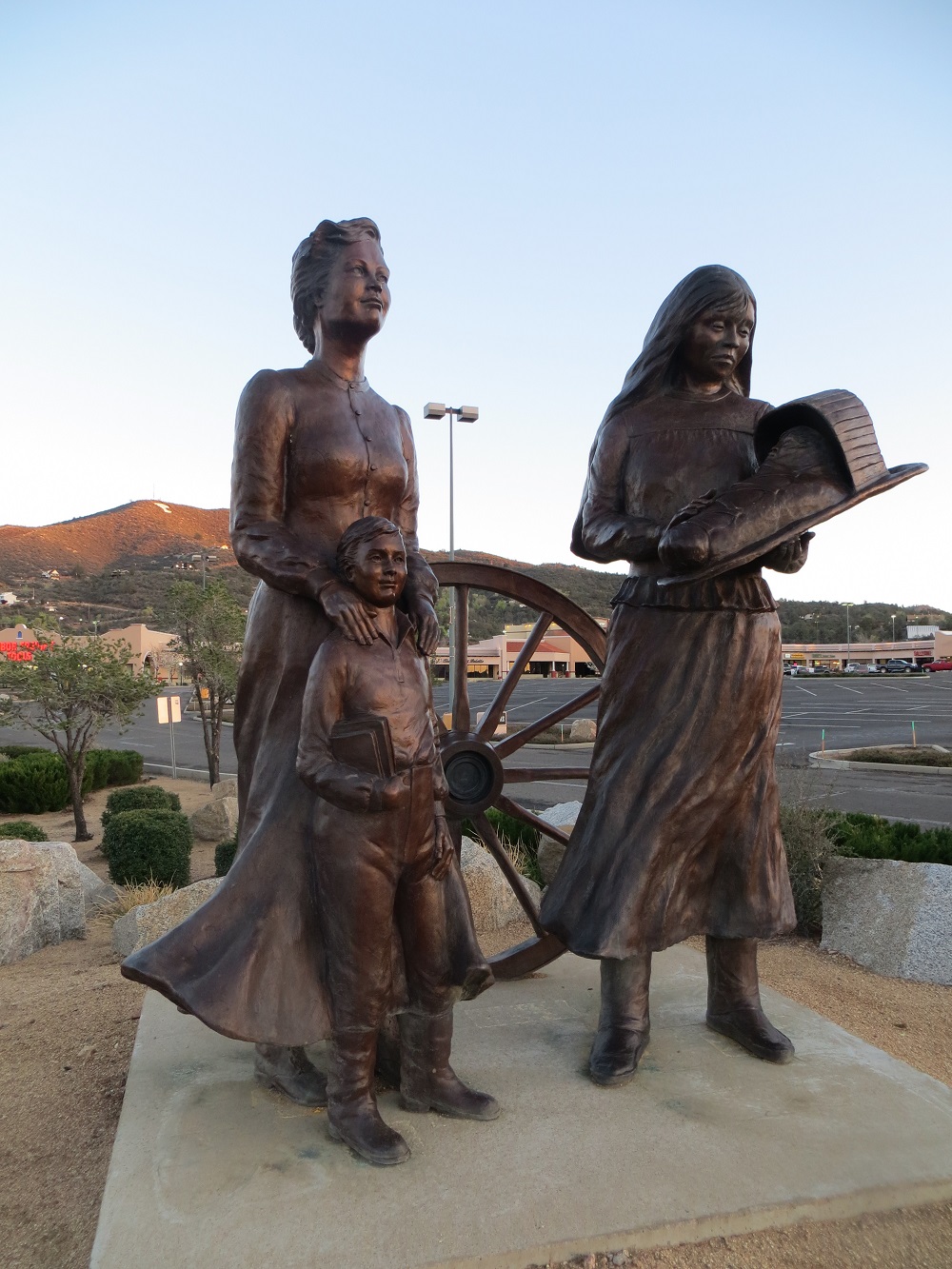 Former location of Spirit of the Frontier as of March 2019. Photo by Cynthia Prescott. 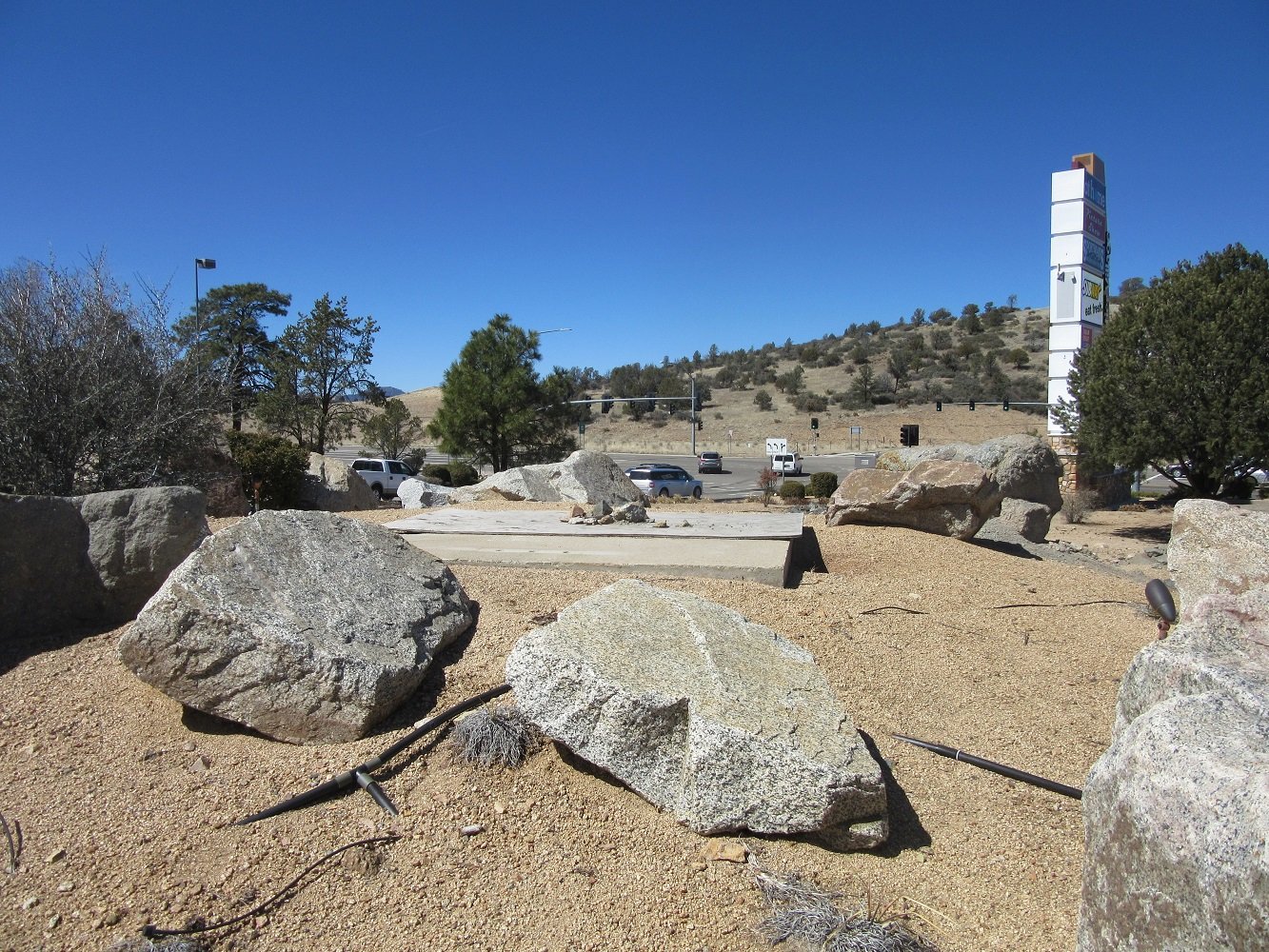 This life-sized bronze sculpture commemorates both Native American and settler women’s struggles to nurture their families in nineteenth-century Arizona. A Native woman and a white settler woman stand proudly with their children in front of a Prescott shopping center constructed on Yavapai tribal lands.

This monument was erected in 1990 as Americans debated how United States’ past should be remembered. Scholars and activists challenged traditional narratives celebrating westward expansion and the supposed disappearance of Indigenous peoples. In contrast to Bill Nebeker’s Early Settlers statue installed five years earlier in downtown Prescott, Pat Mathiesen’s bronze pair of mothers honors both the region’s Native and settler heritage.

Mathiesen’s Spirit of the Frontier depicts both women as relatively strong maternal figures, but promises different futures for their communities. The white pioneer wears a long, tailored prairie-style dress and her hair in a chignon. She gazes confidently into the future, her hands resting proudly on the shoulders of her school-aged son. The books clasped in his arm and proud expression on his face assure the viewer that he is preparing to lead his community and the nation.

In contrast, the Indigenous mother wears a looser fitting blouse and long skirt that combine Euro-American and Native American styles. She wears her hair in the traditional Yavapai style, with bangs and long hair hanging loose. She gazes downward at her infant tied tightly to a cradle board. This pose suggests that both woman and infant were constrained by their cultural persistence. The mother holds her child proudly. But that Yavapai infant will not grow into a strapping scholar prepared to lead its people, let alone the white-dominated nation. The wagon wheel that stands behind the settler and Native figures visually promises progress toward a more white and civilized future.

Frontier Village shopping center was built on tribal lands in 1991 with permission of the Yavapai-Prescott Indian Tribe. The tribe became the sole owner and manager of the shopping center in 2012. The statue and dedication plaque were removed about 3 years later.