Meigs County Courthouse was constructed between 1845 and 1848 and the building is the oldest surviving courthouse in the state of Ohio. Meigs County was established in 1819 from parts of Washington, Gallia, and Athens counties. The county seat was at the village of Middleport but, was moved twice to Chester in 1823 then to Pomeroy in 1841. Since Pomeroy was the new county seat, the village needed county government buildings. The building is still in use to this day and is listed on the National Register of Historic Places.

Meigs County Courthouse is the oldest surviving courthouse in the state of Ohio. 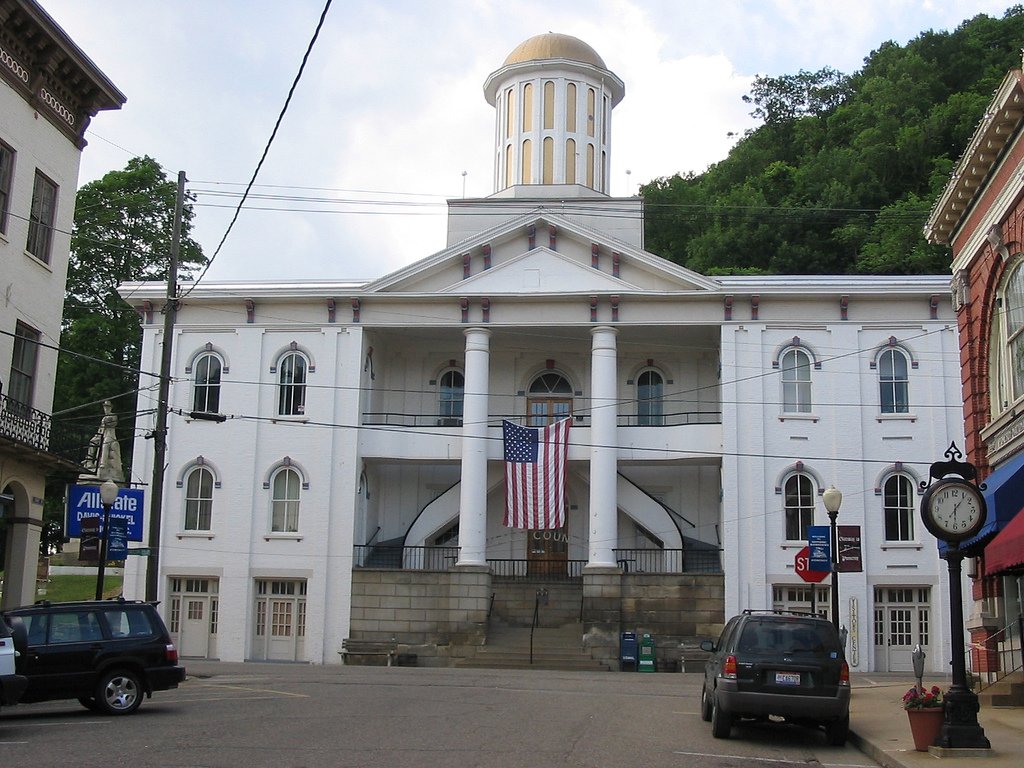 Within twenty years of Chester becoming the county seat of Meigs County, it was in decline and the riverside town of Pomeroy was beginning to grow.  The position of the village on the river and the abundance of coal and slat in the hills around Pomeroy made it very prosperous.  In 1845 after Pomeroy was made the county seat, commissioners began constructing the courthouse.  County commissioner John C. Hysell was put in charge of the construction.  The courthouse was finished in 1848 and costed 5,200 dollars to build.

Plans for the Scioto County courthouse were purchased by the county commissioners for 15 dollars to build the new courthouse so, the two courthouses are virtually identical.  The architect S.S. Bergen was contracted for the courthouse.  The architecture of the courthouse is Greek Revival with Doric columns, pilasters, a bracketed cornice, and a circular dome on top with windows.  It was primarily made of brick but some stone trim is around the windows.  In 1877 additions were made to the courthouse due to lack of interior space.

During John Hunt Morgan's raid in 1863, Morgan road through Meigs County and past the courthouse.  After his defeat at Buffington Island, many prisoners of war were taken.  The courthouse in Pomeroy was used as a temporary jail for 200 of Morgan's men.  There is a statue next to the courthouse which has the names of all the soldiers from Meigs County who died in the Civil War.

Pomeroy has been in an economic decline for some time.  The decline of the mining industries has greatly impacted the village of Pomeroy. This has prevented the renovation of buildings in Pomeroy.  Many buildings are the same as when they were built.  The courthouse is one such buildings and it is still in use to this day.