The southwest corner of Raritan and Adelaide was the former site of the Meyer-Rice Mansion, a house that was built by area builder William Flagg in 1855. It was first owned by William Reed in the 1860’s and then had a succession of owners, including the Meyers and Rices. In the 1950’s, when the Meyers' daughter passed away the house was sold and eventually converted into the Jewish Community Center (JCC) in 1956. In 1958, an addition to the mansion included a pool, locker rooms, a gymnasium, and a community room. From 1961 to 2007, the JCC and later the YM-YWHA ran the facility. The building was demolished in September 2008 and now is the site of a housing development. 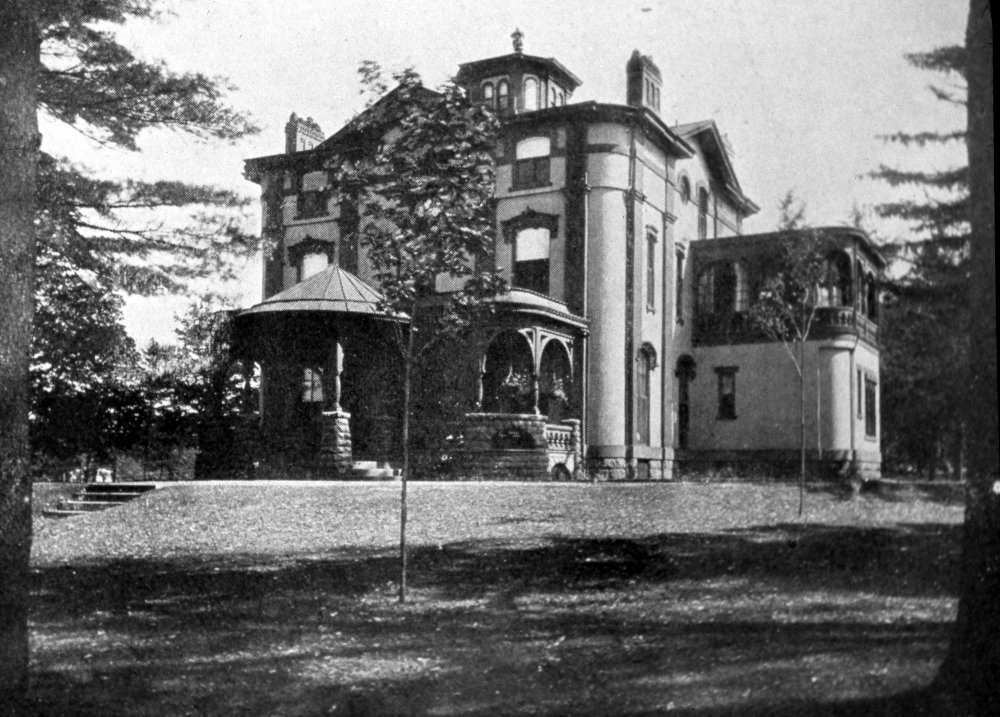 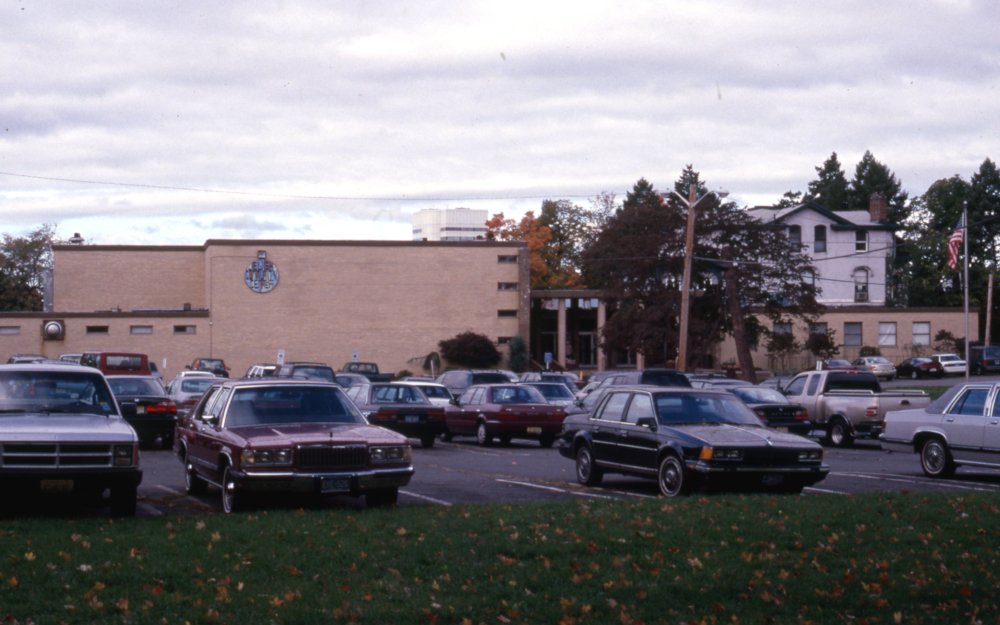 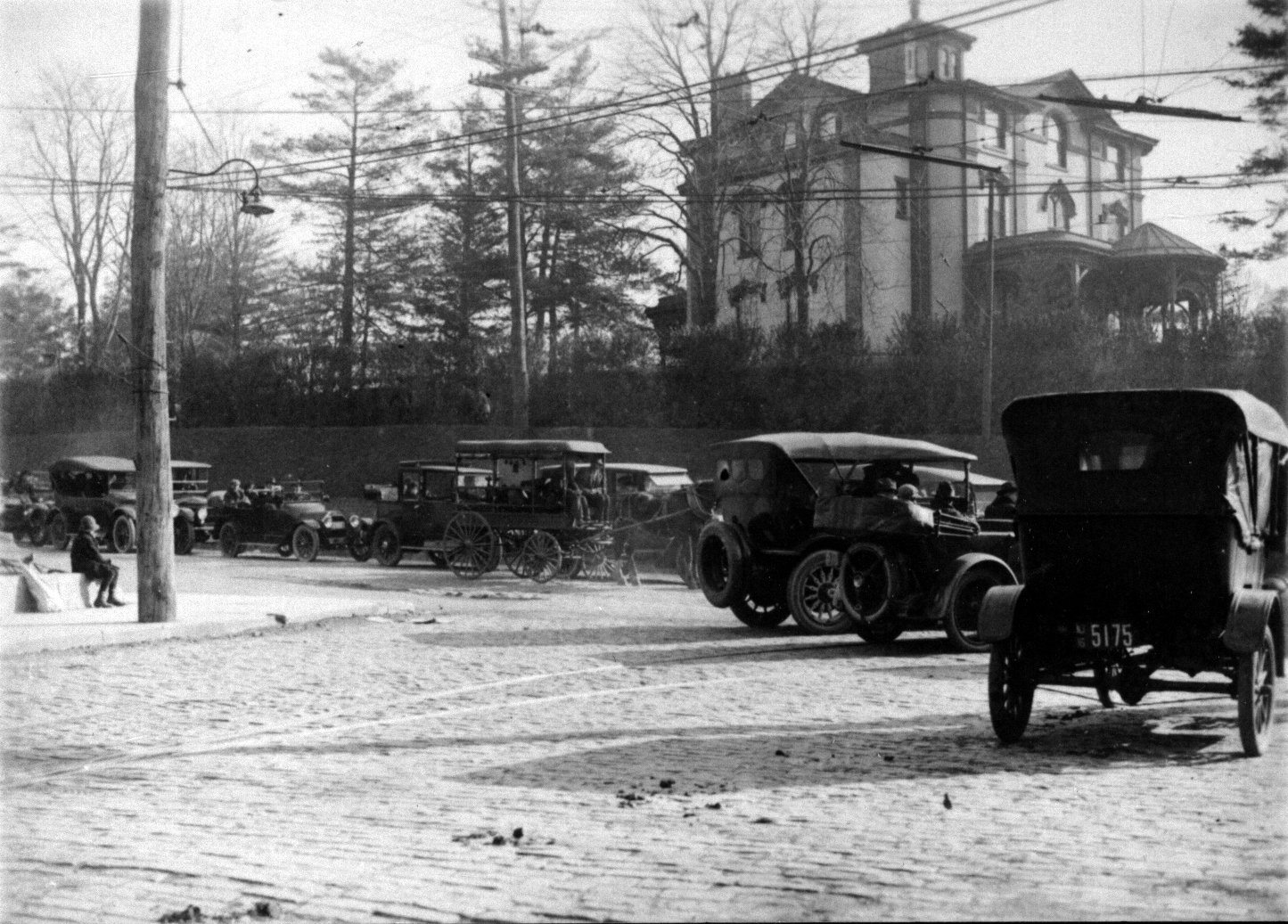 Local life in Highland Park charted a general course from gentility and farmland to increasing suburbanization. While this change largely played out on the sidestreets extending from Raritan Avenue, there were a number of prominent families and houses on Raritan Avenue that were eventually replaced by businesses or turned into apartments. On the southwest corner of Raritan and Adelaide Avenues stood what was one of Highland Park’s most storied and lavish homes. While now a suburban development, this site has a long history.

Built around 1855 by William Flagg, the house was the residence of many prominent families, including the Meyers and Rices and was thus called the Meyer-Rice estate in the 20th century. It was first owned by William Reed in the 1860’s and then had a succession of owners. The house was purchased at auction by John Christopher and Kate D. Meyer of New Brunswick in 1882 using money they had earned in their family manufacturing business of binding cloth to rubber for manufacturing such products as rubber boots. In the 1920’s the Meyers' daughter Margaretta and son in law, James Kearney Rice Jr., purchased the house and lived there with three full time servants: a waitress, a cook, and a chambermaid, in addition to a full-time gardening staff.

In the 1950’s, when Margaretta Meyer passed away, the house was sold and converted into the Jewish Community Center (JCC) in 1956. Membership grew so much that in 1958, a second building campaign began. Ernest Levine drew up plans for a large new addition that included a pool, locker rooms, a gymnasium, and a community room. The JCC continued to operate out of the mansion during construction. From 1961 to 2007, the JCC and later the YM-YWHA ran the facility, hosting art and swimming lessons, operating a daycare, and offering kosher lunch for the elderly. The building was ultimately demolished in September 2008 and now is the site of townhouses.