Solomon is a former mining town in Alaska that is best-known today for the abandoned railroad train site known as "the Last Train to Nowhere." The train engines were used on the New York City elevated lines in 1881, and in 1903, they were shipped to Alaska to transport miners in Alaska. The gold strike was short-lived and in 1913, a huge storm destroyed the nearby railroad tracks. Given the damage, and the cost of moving the equipment, the cars with left behind and are dissolving each year thanks to the elements and the storms of the Bering Sea. 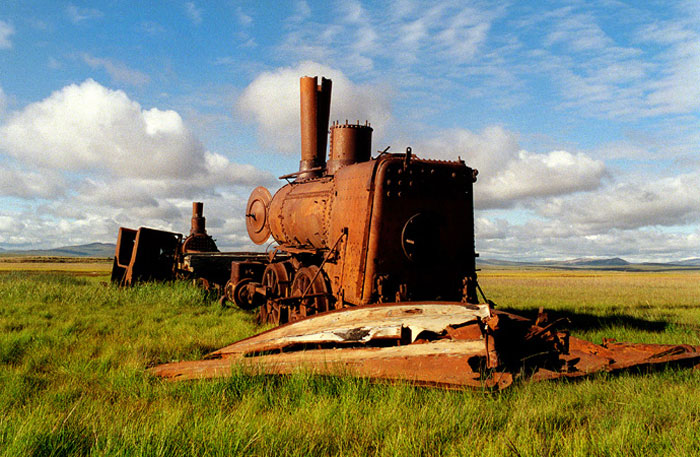 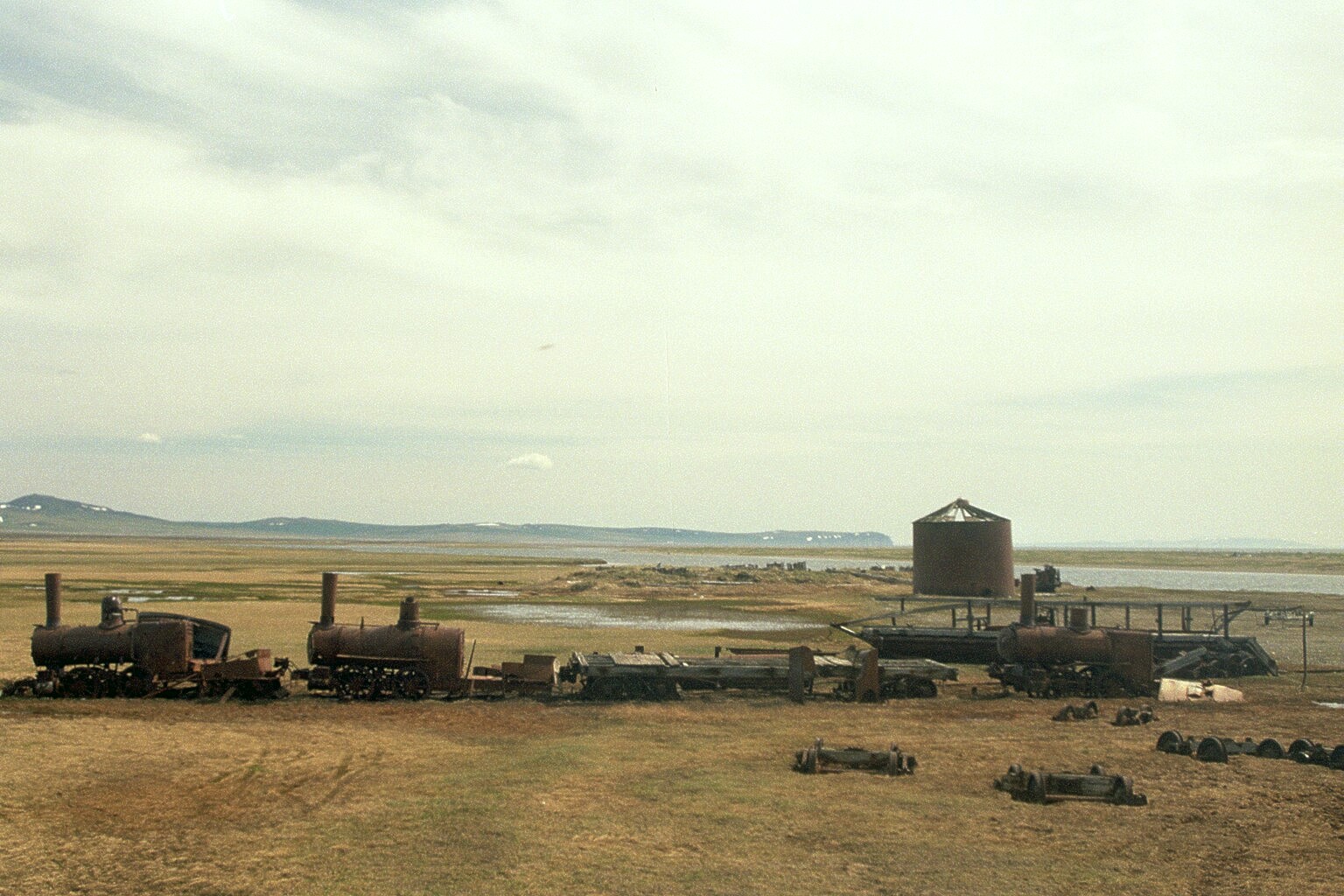 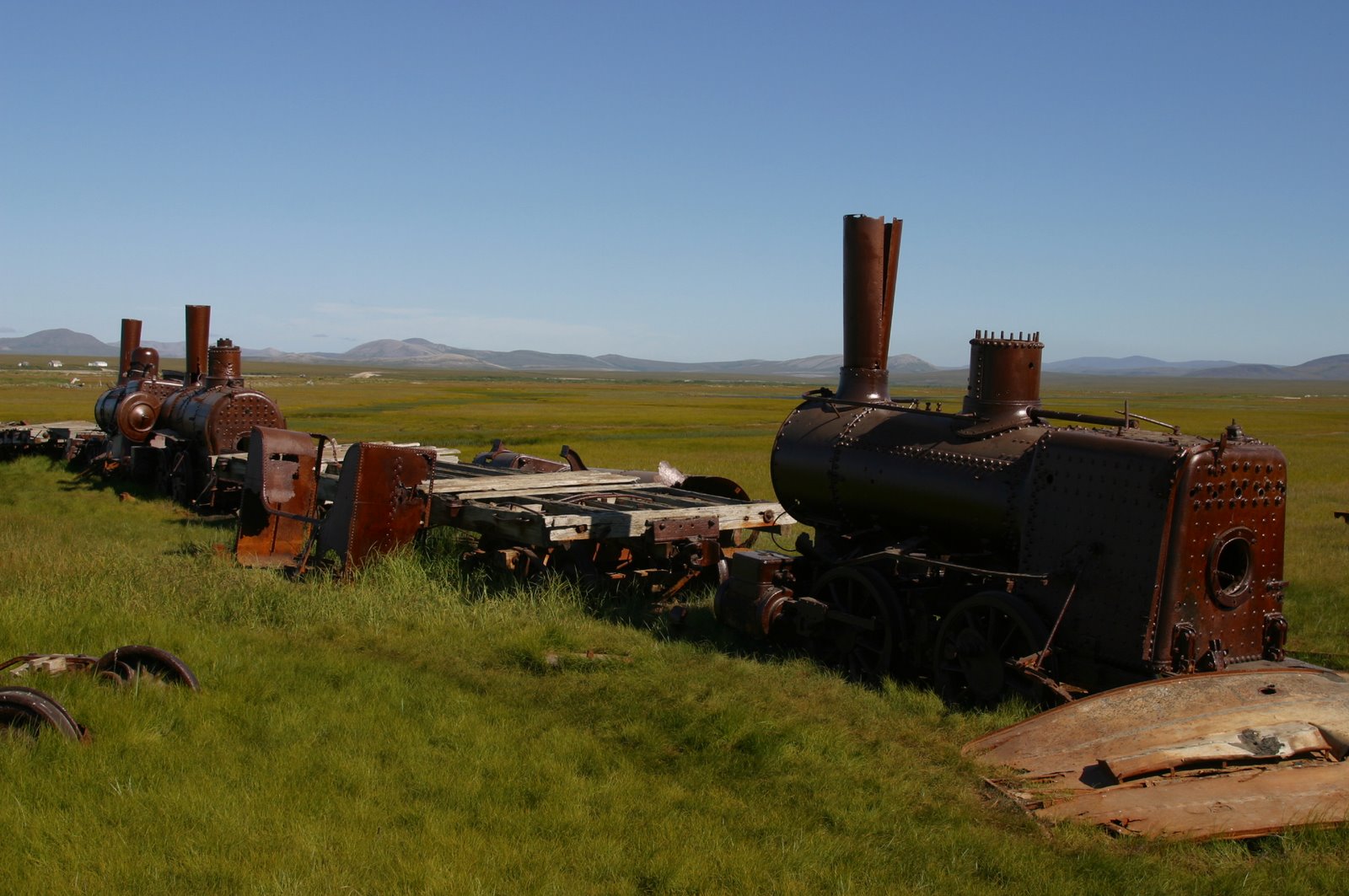 In the 20th century, Nome, Alaska was the birthplace for the gold rush, and thousands of people searched all the creeks and Bering Sea beaches to find the gold. During this wild time of the gold rush, murders and corruption were becoming widespread, but a few miles down the Bering Sea coast from Nome, Chicago investors decided they needed to put in a railroad to help connect growing mining camps. Later on, the rails would be extended all the way from the south to Vancouver, BC, which would be known as the Council City & Solomon River Railroad.

After the Bering Sea retreated in 1903, a steamer Aztec had arrived in Seattle with two locomotives had become retired by the New York Elevated railroad system, and one of the engines had been manufactured in 1881, the second engine was manufactured in 1886, and the third engine arrived the following year of 1886. The Aztec had delivered several box and flat cars, 51 miles of the standard-gauge track, 165,000 tires, 4 million board of feet of lumber trestles, railroad offices, employee houses, and a machine shop.

When the 1903 construction season had ended, miners had completed about 10 miles of mainland, and the townsite was laid out in the seaport area by the Solomon River, which was the starting point of the Council City & Solomon River Railroad. 5 saloons, 6 restaurants, and other establishments were open for business, and the town was named after J. Warren Dickson, the railroad's general manager, by naming the town Dickson. When the gold rush started to fade away in Nome, the railroad was starting to get into debt and the construction stopped in 1906 with only 35 miles of tracks in place. The rusting remains of the three locomotives on the tundra a few yards from the icy Bering Sea is the evidence for the now known place called the Last Train to Nowhere.

The Last Train to Nowhere is now a scenic spot for bird-watching, and people can fish along the Solomon River all throughout the road. The Council City, near the end of the road, has a couple of dozen families living in the summertime.

Patty, Stanton. 'The Last Train to Nowhere' sits outside Nome, a ghost on the tundra. The Seattle Times. April 13, 2008. Accessed February 23, 2019. https://www.seattletimes.com/life/travel/the-last-train-to-nowhere-sits-outside-nome-a-ghost-on-the-tundra/.