The Dodd-Hinsdale House, completed in 1879, originally belonged to Mayor William H. Dodd. The Second Empire-style mansion boasts fourteen-feet-tall ceilings, bay windows, and a tower. In 1890, the house was purchased by lawyer John W. Hinsdale, a Confederate war veteran and future attorney for the Seaboard Airline Railroad. The property remained in the Hinsdale family until 1971. The house then fell into a state of disrepair before a local family bought and renovated it. In 1997, it became home to the Second Empire Restaurant and Tavern, which still occupies the space today. 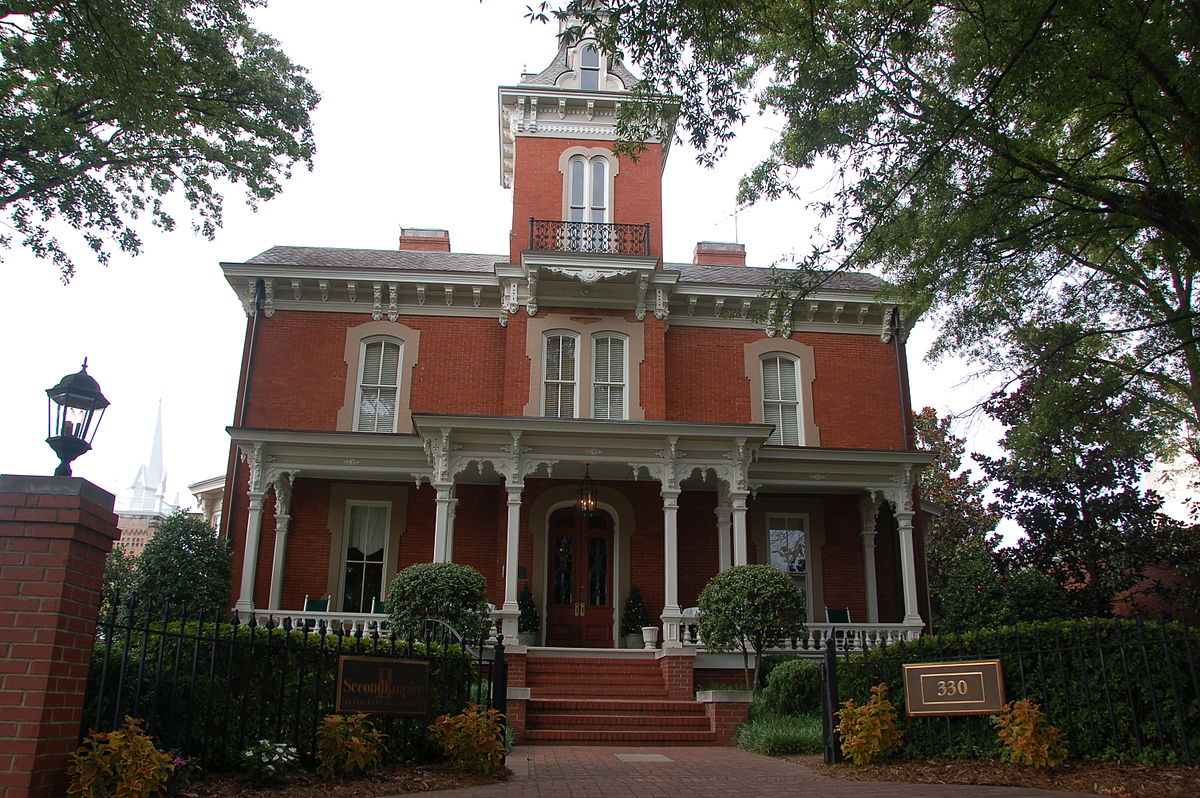 Mayor William H. Dodd began building this home in 1871 on a lot given to him by his parents. Work was completed eight years later, and, due to financial concerns, the family was forced to sell shortly thereafter. Colonel John W. Hinsdale purchased the property in 1890. His family and their servants then moved into the mansion, bringing their fine china and silver with them. This house, and others like it, were symbols of the family’s prosperity. Indeed, the home remained in the family until the last Hinsdale, John Hinsdale, died in 1971. At that time, it was one of the few stately homes in the neighborhood still standing.

In the following decades, the house was used for a variety of purposes, but never for long. After a failed attempt at a renovation in the late-1980s, it was feared that the now-gutted and vacant house would be demolished. Instead, in 1993, Ted and Peggy Reynolds bought the property and began renovation work. The original flooring, doors, windows, and exterior were all restored. The floor plan was altered to better accommodate a restaurant dining room. The former rear entry was transformed into a grand entry for guests. An elevator and a glass atrium were also added. The Second Empire Restaurant and Tavern opened in the completed house on September 9, 1997.