Constructed between 1800 and 1815, Walnut Grove is one of Washington County’s oldest extant buildings. The Georgian style house was constructed by Robert Preston, a Scotch-Irish immigrant, Washington County’s first land surveyor, and a prominent political figure in Washington County’s development. Before Preston’s death in 1833, his Walnut Grove plantation consisted of nearly one thousand acres on which various crops and livestock were raised by the 30 slaves he owned. Robert divided his estate between his children, with his son John receiving the house. Walnut Grove remained in the Preston family until 2000 when it was sold to Trammell Investments, LLC, who then gave the house to the Bristol Historical Association. Preservation efforts by the BHA are still underway. Walnut Grove was designated a Virginia Landmark on June 16, 2004 and added to the National Register of Historic Places on August 11, 2004. 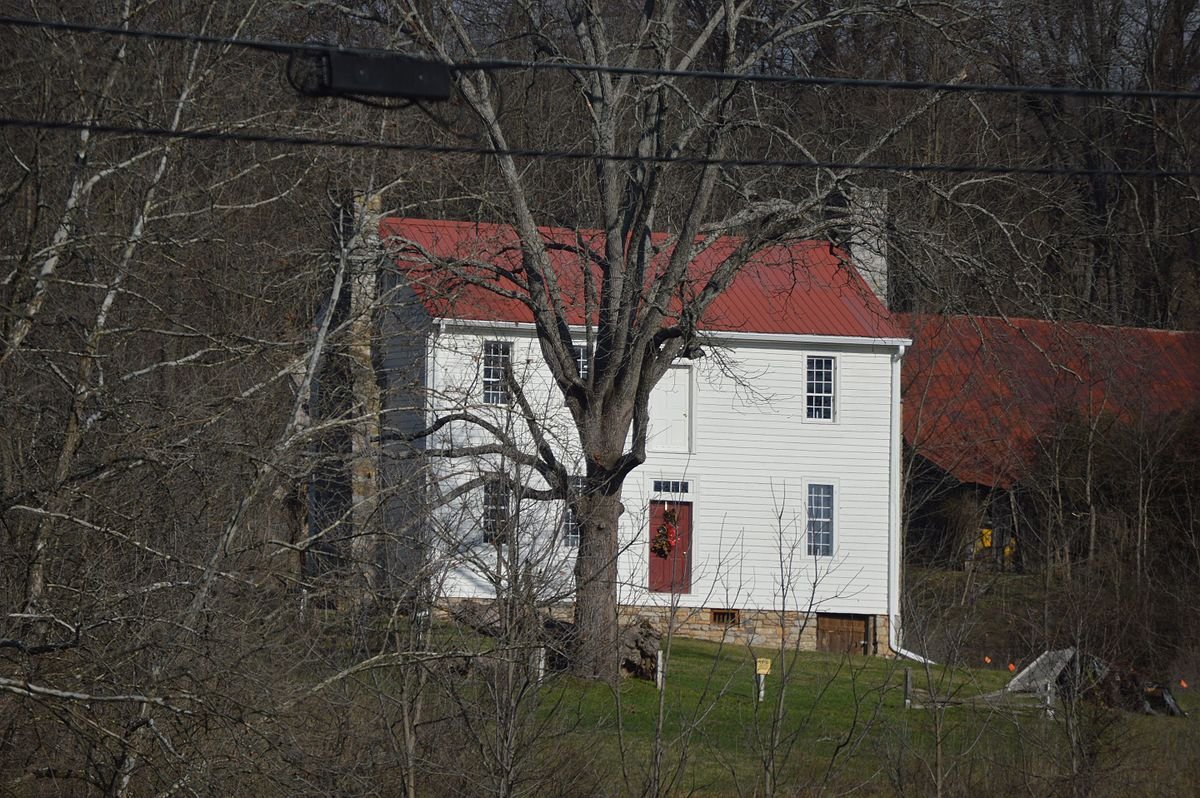 In 1773, Robert Preston immigrated at the age of 23 from Derry, Ireland to the British colony of Virginia. His first cousin Colonel William Preston was already well-established in Western Virginia, owning Smithfield Plantation on what is now the Virginia Tech campus in Montgomery County. For the next six years, Robert learned the trade of land surveying and worked his way up the political ladder through William’s connections. In 1779, Robert moved to Washington County. In February 1780, he surveyed lots for the newly founded county seat of Abingdon; and later that Spring, he paid 20,000 pounds to the Commonwealth of Virginia for the purpose of receiving a surveyor’s bond, making him Washington County’s first land surveyor. Thomas Jefferson was governor of Virginia at that time and signed Preston’s surveyor bond.

In 1779, Robert Preston acquired a large tract of farmland in what is now Bristol, Virginia and married his second cousin Jenny Preston, of Smithfield Plantation in Montgomery County. Shortly thereafter, Robert responded to the call to arms raised by William Campbell and Evan Shelby and marched with the Overmountain Men to Kings Mountain, SC to defeat the British at the Battle of Kings Mountain. Preston survived and returned home to start a family with Jenny. The couple had two sons, John and Alexander, and one daughter named Sarah. Throughout his life, Preston would not only act as surveyor but as Washington County Sheriff and Justice of the Peace, and in 1803 he was commissioned as a Captain in the Light Infantry Battalion of the 105thRegiment of Virginia. His accomplishments allowed him to accumulate a significant amount of wealth.

Around the turn of the 19th-Century, Robert Preston constructed a large Georgia style house on his ever-growing estate. This house is constructed in a typical I-house arrangement with an ashlar limestone foundation and two limestone exterior end chimneys. This house became one of Southwest Virginia’s earliest examples using timber framing instead of the usual log frame. The roof frame of the house is also unique to the area, as it utilized the new “kicked roof profile” method. The house features a high-style interior design, with detailed wainscoting and carved mantels, a rare occurrence in Virginia’s frontier region and indicative of Preston’s wealth. Preston named his house Walnut Grove, which lent its name to his plantation. Prior to the construction of Walnut Grove, he likely lived in the log building located behind the house before the construction of Walnut Grove.

John Preston, a prominent Washington County judge, and his wife Margaret Brown Preston raised fourteen children together in Walnut Grove. In 1857, John constructed a newer house on the Walnut Grove plantation which he named The Grove. His son Robert F. Preston moved his family into Walnut Grove by 1861, and in 1864 inherited all of the Walnut Grove estate. From that point, Walnut Grove was passed down through successive generations of Prestons and Sheffeys, into which the Prestons married. The condition of the house slowly deteriorated into a very dilapidated state as it entered the 21st-Century.

In 2000, Walnut Grove and its remaining acreage was sold to Trammell Investments, LLC for commercial development; shortly thereafter, Trammell Investments donated the house to the Bristol Historical Association. Since then, the BHA has worked hard to preserve the house from demolition and further decay. In 2011, the BHA purchased a one-acre portion of the former estate on which the house sits, alleviating the need to have the fragile house moved to a new location. The Bristol Historical Association’s preservation efforts of Walnut Grove are still underway. Walnut Grove was designated a Virginia Landmark on June 16, 2004 and added to the National Register of Historic Places on August 11, 2004.

Loux, Jennifer R. Walnut Grove Plantation Has Been Given the Approval for Highway Marker from the State of Virginia. Bristol Historical Association. March 15, 2018. March 6, 2019. https://www.bristolhistoricalassociation.com/docs/Walnut-grove-plantation-approval-letter.pdf.