Completed in 1861, the Asa Packer Mansion is perhaps the best preserved 19th-century Italianate villa in the United States. Built by coal and railroad magnate Asa Packer, the mansion’s interior has changed little since it was donated to the borough of Mauch Chunk by his daughter in 1912. The mansion was opened as a historic house museum in 1956 and has served that purpose ever since. The property is now owned by the town of Jim Thorpe and operated by the Jim Thorpe Lions Club. Docent-led tours are conducted April through October. The mansion was listed on the National Register of Historic Places in 1974 and designated a National Historic Landmark in 1985. 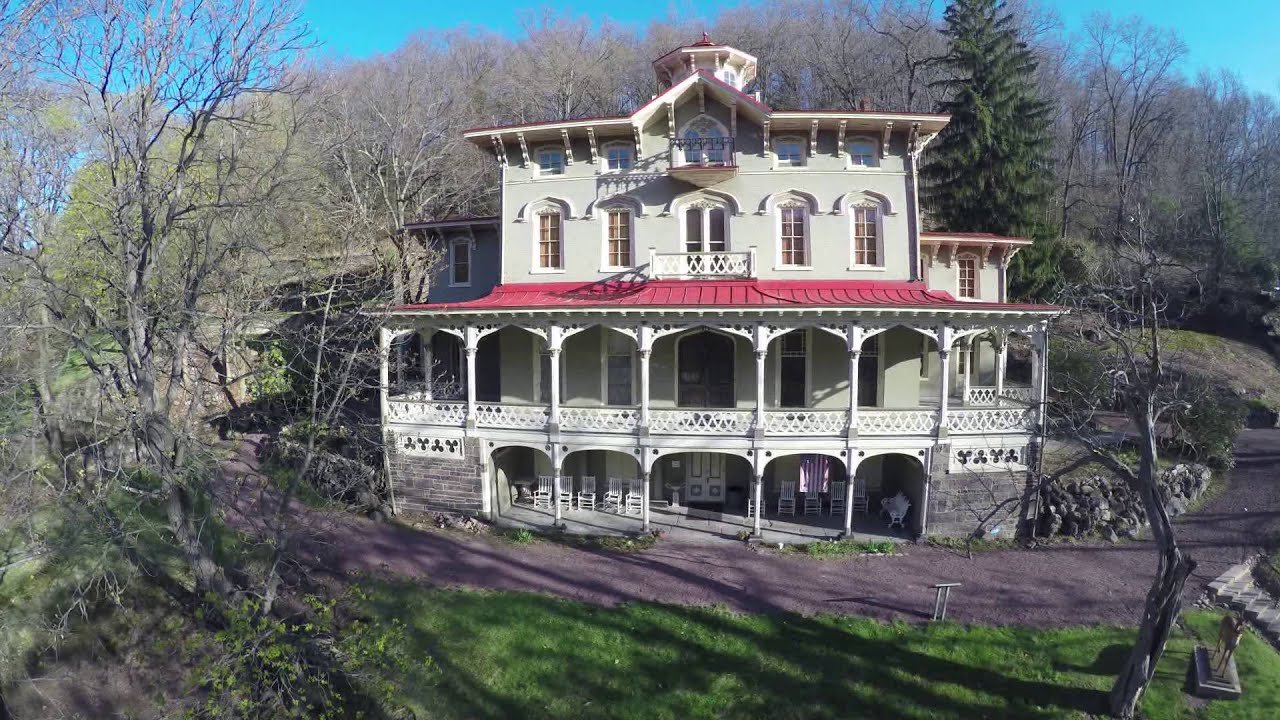 One of 18 ornate, Victorian rooms within the mansion. 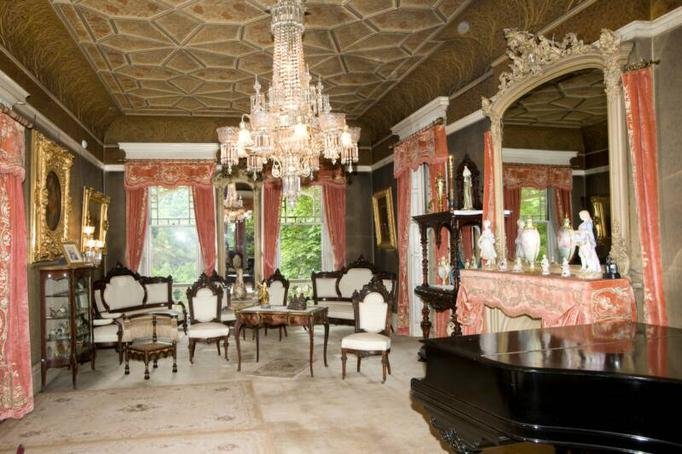 One of the mansion's favorite attractions, a self-playing organ. 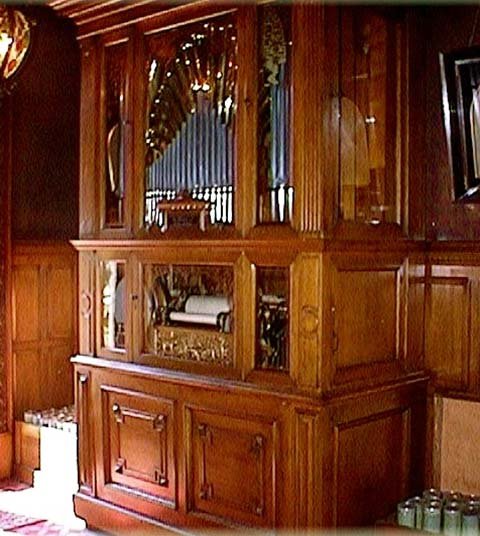 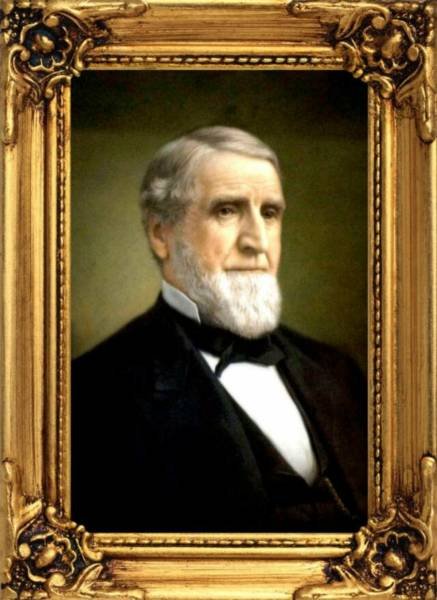 The mansion as seen from the rear. 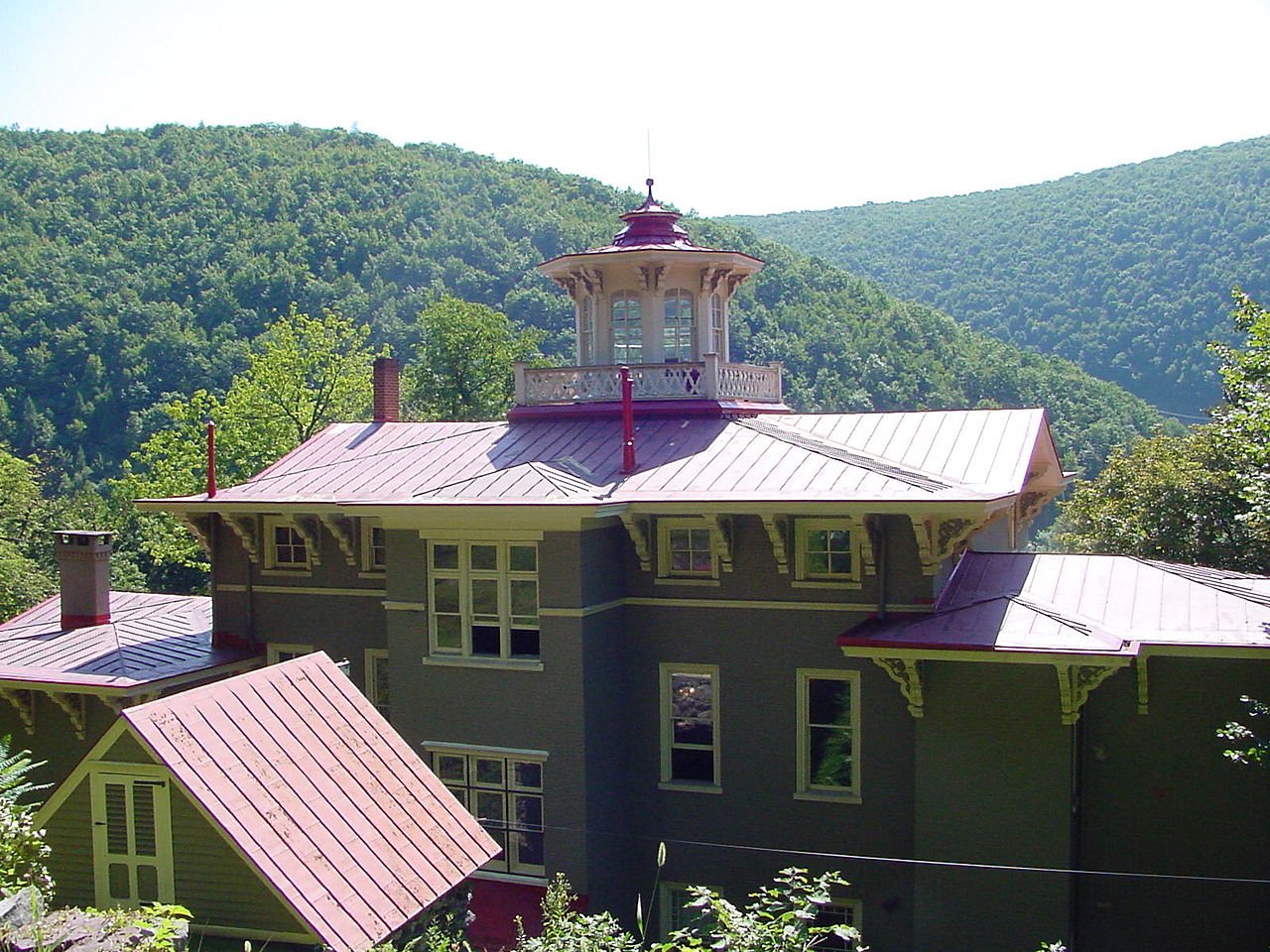 Asa Packer, born in Connecticut in 1805, is a prime example of the self-made man at the turn-of-the-century. At the age of 17, Packer left home for Brooklyn, PA where he apprenticed with his cousin as a carpenter. He then met Sarah Minerva Blakslee while working in Springville and the two were married in 1828. The couple worked a farm owned by Sarah’s father, but were unable to turn a profit.  They then moved to Mauch Chunk (Native American for Bear Mountain or Sleeping Bear) in 1832. Packer worked for a while repairing canal boats used to haul coal along the Lehigh Canal. Later, he formed the firm of A & R.W. Packer which built canal boats and locks.

Packer soon realized that the slow method of transporting coal by canal boats was about to be taken over by new technology, namely, the railroad. Consequently, he invested in the Delaware, Lehigh, Schuylkill and Susquehanna Railroad (later the Lehigh Valley Railroad) and extended spur lines for the transport of coal in the Lehigh Valley. He also bought coal mines around the town of Hazelton. By the mid-19th century, it is thought that Packer was the richest man in Pennsylvania.

Packer also managed to find time to serve in both the Pennsylvania and United States Houses of Representatives and as a judge in Carbon County.  He also sought the Democratic nomination for the presidency in 1868 and ran for governor of Pennsylvania, losing to John Geary in 1869.  In 1856, he donated $500,000 and 115 acres for the formation of a technical school for engineering students in Bethlehem and Lehigh University, which was chartered in 1866, was the result.  Upon his death in 1879, he left a $1.5 million endowment to the university and another $500,000 for the Linderman Library.

As for his mansion, Packer commissioned Philadelphia architect, Samuel Sloan, to design an ornate home in 1859.  The resulting 18-room, Italianate villa was completed in 1861 at the cost of $14,000.  The three-story mansion features a low-pitch gable roof topped with an octagonal cupola and a covered, two-story porch.  Its interior is trimmed with ornate woodwork, draperies, carpets, and wall paper.  It was then furnished with some of the finest Victorian furniture in the country.  Upon Packer’s death, his daughter, Mary Packer Cummings, resided in the home until her death in 1912.  Cummings left the home and all its contents to the borough as a memorial to her late father.  However, the borough, not knowing how to utilize the mansion, sealed it until the Bear Mountain Lions Club offered to open it as a house museum in 1956.  Today, the interior remains unchanged from its 1912 appearance, with all the original furnishings and trim, making it a unique historic house museum indeed.