Once known as “Crockery City,” East Liverpool Ohio once produced over half the dinnerware produced in the United States. The Museum of Ceramics located in downtown East Liverpool shares this history with exhibits drawn from their extensive collection of dinnerware, art pottery, and ceramic utilitarian ware. The museum exhibits depict the growth of the pottery industry over the years and include dioramas that bring the production process to life. The museum also interprets the life of early potters. The museum is located in the East Liverpool's former post office which is listed on the National Register of Historic Places.

The museum is located in the city's former post office which is listed on the National Register of Historic Places. 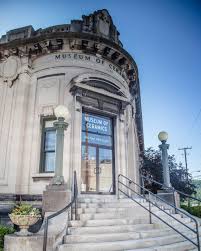 The museum includes exhibits of many pieces that were produced in current and historic pottery factories within the region. 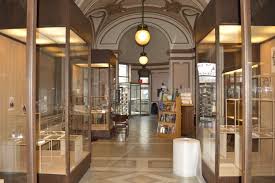 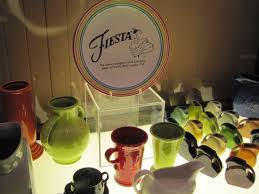 The museum is located within the city’s former post office, a Beaux-Arts structure designed by architect James Knox Taylor that was built in 1909 and added to the National Register of Historic Places on November 21, 1976. The idea for the museum came from William Vodrey, a descendant of East Liverpool pottery factory owner Jabez Vodrey. In 1967, William Vodrey was the president of the Ohio Historical Society’s Board of Trustees and thought that the story of pottery in East Liverpool important to understanding the history of the community. Vodrey suggested the city's historic post office as a potential location for the museum. through his efforts and the support of community leaders and city officials, the state of Ohio purchased the building in 1970 and the museum opened to the public in 1980.

The pottery industry has a long and rich history in the city of East Liverpool. Long known as “America’s Crockery City” and “The Pottery Capitol of the Nation," East Liverpool was home to many artisans during the late nineteenth and early twentieth centuries. In fact, East Liverpool and the surrounding communities in this part of Ohio produced over 50% of the nation’s ceramic output in these years.

Over 200 pottery factories have operated in East Liverpool and surrounding areas, with the first commercial production facility being established in the 1840s by English potter James Bennett. Though the industry has declined, the museum preserves this history and offers a look back at the time where pottery was the main industry in the area. The museum offers a number of exhibits including the worlds largest public display of Lotus Ware, an award-winning fine porcelain ware produced only for a short period during the 1890s by the Knowles, Taylor, Knowles pottery company of East Liverpool.

The museum also offers exhibits from its collection of ironstone, Rockingham, whiteware, yellow ware, and Victorian Majolica. Another highlight of the museum is the collection of Homer Laughlin’s Fiesta Ware, a line that is still produced in East Liverpool and has been used in the White House. The museum collection includes other highlights such as Halls China Donut Teapot along with William Boor’s 1860s Parian Ware. Other exhibits include a look at the impact of the pottery industry on East Liverpool, Ohio, and the United States as a whole.