The historical sight of the “Baylor Massacre,” this memorial park was dedicated in 1972 and includes markers that share the story of a surprise attack from the British upon American Colonists during the Revolutionary War. The surprise attack led to the deaths of around 120 American troops on September 28th, 1778. The attack was lead by Major Turner Staubenzie and Colonel John Maitland with approximately 650 British soldiers. The surprise raid was intended to provoke George Washington and cause him to respond by moving his army into battle. If Washington responded in this manner, the British planned on launching an even larger raid in southern New Jersey. The significance of the battle forced Washington to send the survivors back to Virginia under Lieutenant Colonel William Washington to recover. The surprise attack enraged the Americans and their supporters and led to Washington being more cautious against allowing his smaller detachments to be far from infantry support. While a significant loss for the soldiers and their families, the massacre gave Washington insight on the nature of the war and the need to proceed with caution when deploying both small and large numbers of troops. The location of the raid and the burial ground for the victims is on public land the town River Vale, New Jersey.

The burial ground and memorial site of six American Soldiers who were killed in the Baylor Massacre. 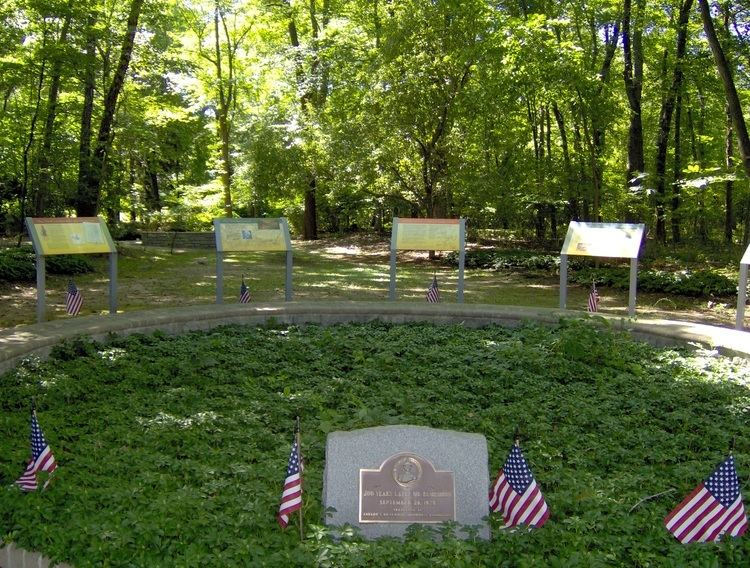 Here is an overview of the map where the Baylor Massacre took place. The number 2 indicates where the British took over the colonist and submerged them into battle. 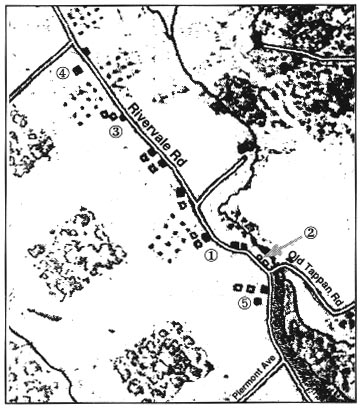 Located at the front of the park is a memorial sign that discusses the Baylor Massacre and historical tragedy of that day. 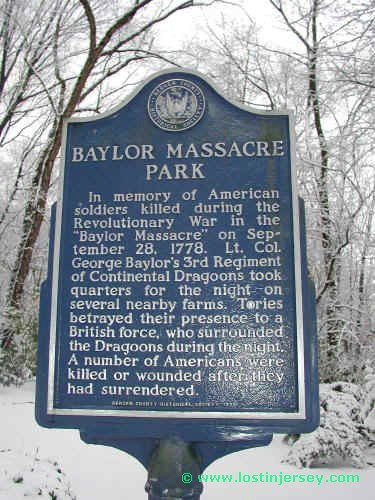 The Baylor Massacre was a small engagement compared to the larger war, but it offered insight for George Washington while also fueling a desire among many Americans for revenge. At this location on September 28th, 1778, British troops marched into Paulus Hook to gather supplies for the British army in New York. The troops were led by Major General Charles Grey, Major Turner Staubenzie and Colonel John Maitland. The American colonists were unaware of these movements and responded by forming a thin defensive arc across northern New Jersey in hopes of preventing the British from marching up the Hudson River.

The Americans at this location were led by George Baylor, commander of the 3rd Regiment Continental Dragoons. He was a previous aide to George Washington and Washington trusted him. However, the regiment was small, with 120 military men from Virginia known once as “Mrs. Washington’s Guard” after escorting George Washington’s wife Martha during the war.

On the night on September 27th, 1778, Baylor’s unit decided to camp in barns along Overkill Road, an area known today as River Vale, New Jersey. General Grey was informed of their location by American supporters of the British known as Tories. Grey decided to move his troops in and attack the Americans. Before the surprise raid, he ordered that his troops removed the flints from their weapons to not alarm any of the American soldiers.

This tactic and his devasting success would later earn him the nickname “No Flint Grey," a reference to his decision to require his soldiers to use bayonets for the attack. They surrounded the men and were ordered to kill anyone they found. As the American soldiers awoke, most were bayoneted and some were killed even though they were trying to surrender. During the raid, Colonel Baylor was in a nearby house and tried to escape the attack by going up the chimney. He was easily caught and suffered stab wounds from British soldiers. Though Baylor survived the attack and was eventually released, he died later from these wounds and complications from previous stab wounds suffered during the Boston Massacre.

Revolutionary War and Beyond. On This Day in History - September 27, 1778. September 27, 2013. Accessed February 13, 2019. http://www.revolutionary-war-and-beyond.com/baylors-massacre-takes-place.html.