The British attacked the village of Chestnut Neck on October 6, 1778. The British decided to attack this location in retaliation to the Privateers seizing many of their vessels. The British destroyed many houses in the village as well as several ships. When they learned that Count Casimir Pulaski was on his way with troops for backup, the British quickly left by ship the following day. 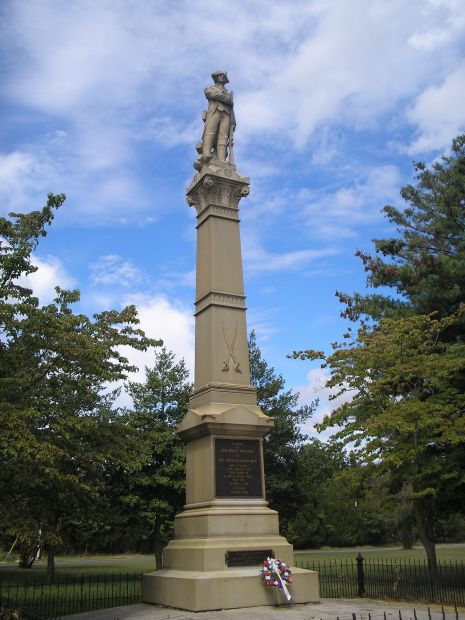 Plaque for soldiers who fought in the Battle of Chestnut Neck 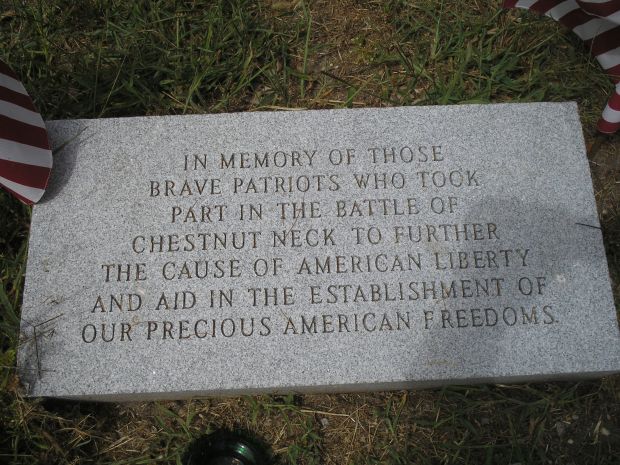 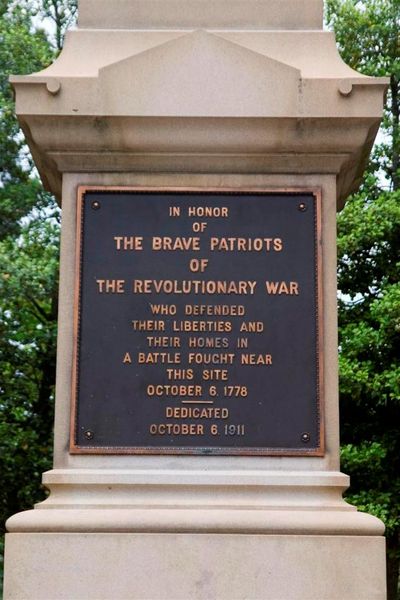 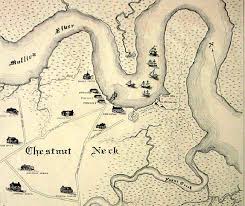 The village of Chestnut Neck was an important shipping harbor before the Revolutionary War due to its location on the Little Egg Harbor River (presently called the Mullica River) that had access to the Atlantic Ocean. When the war started the village of Chestnut Neck became a refuge place for American Privateers.  The American Privateers would capture vessels from the British and bring them to Chestnut Neck, where some of the goods from the British vessels would be taken to be used by the Continental Army and the rest of the goods would be sold.  The Privateers would then convert some of the captured British vessels into Privateer ones.

In late September of 1778, British Commander General Henry Clinton decided it was time to take action against these Privateers.  On September 30, 1778, a fleet of nine British ships sailed from New York City to make an attack on Chestnut Neck.  The British didn’t arrive to Chestnut Neck until October 5, 1778 due to strong winds and a storm.  When the British soldiers arrived, they had to get into smaller boats to head up river to the village of Chestnut Neck.  They didn’t make it to the village until October 6, 1778.

The Americans had built a small fort guarded by soldiers to try to protect Chestnut Neck but they did not have any cannons.  When the British arrived to the village, the Americans were unable to put up much of a resistance against the cannons that were fired on the fort from the British ships.  When the British came on land they started attacking and driving the American forces from the fort and chasing them off into the surrounding woods.  The British destroyed several houses in the village as well was any Privateers ships they were able to find.

It’s possible that the British would have caused more damage, however with the British delay due to the weather, the American Privateers had enough time to move a number of vessels upriver to a location named Forks.  The villagers also had time to remove valuables from their homes and hide them in the woods. The British had planned on sailing upriver to Forks to capture the other Privateer vessels but changed their plans when they heard that additional soldiers in the Continental Army were on their war to help defend Chestnut Neck.  The British decided to leave on October 7, 1778 to head back to New York City but were delayed in the bay another fifteen days due to weather conditions.

The Battle of Chestnut Neck. Crossroads of the American Revolution. . . https://revolutionarynj.org/battle-chestnut-neck/.