The First Reformed Protestant Church in Kingston, New York is one of the earliest known congregations in the United States and is still active to this day. More commonly known and referred to as the Old Dutch Church, it had its first congregation organized in 1659, just 50 years after Christopher Columbus sailed up the Hudson River. The building it uses today was built in 1852. 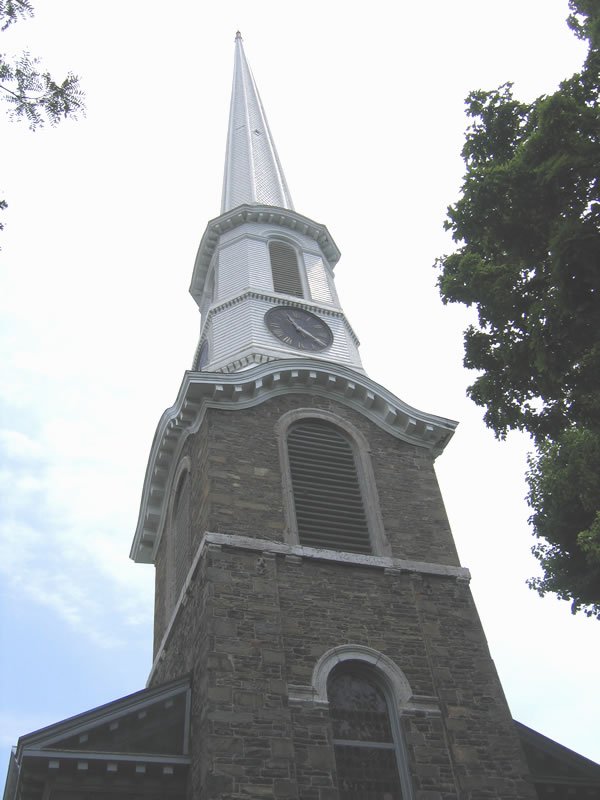 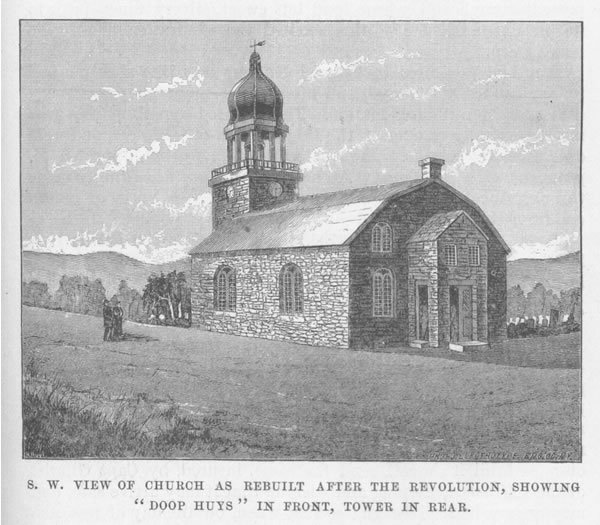 View of church from Main Street 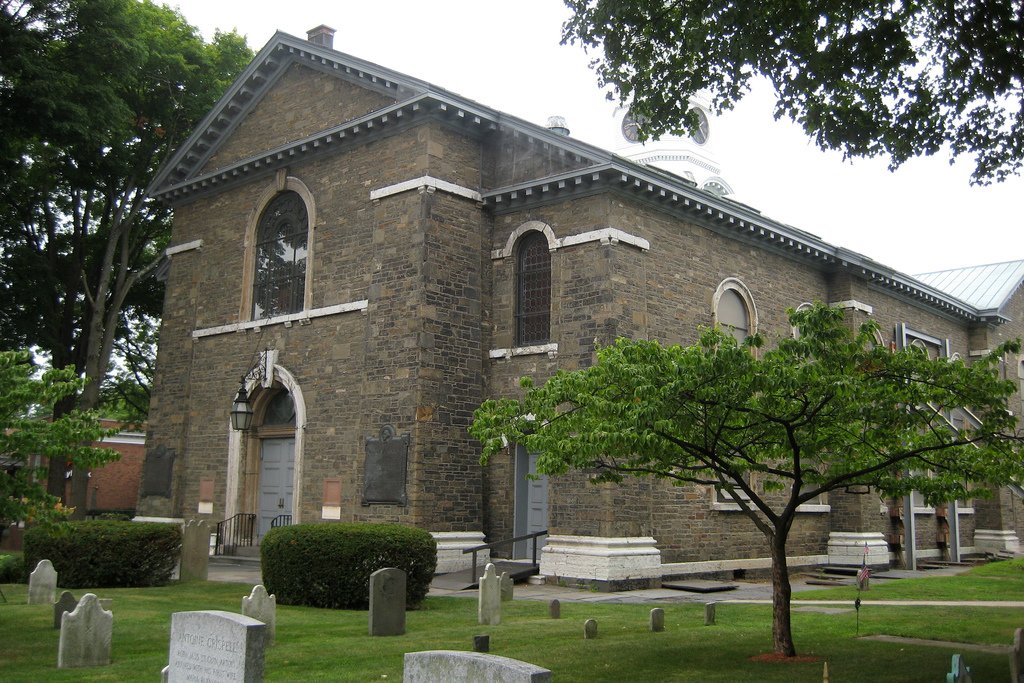 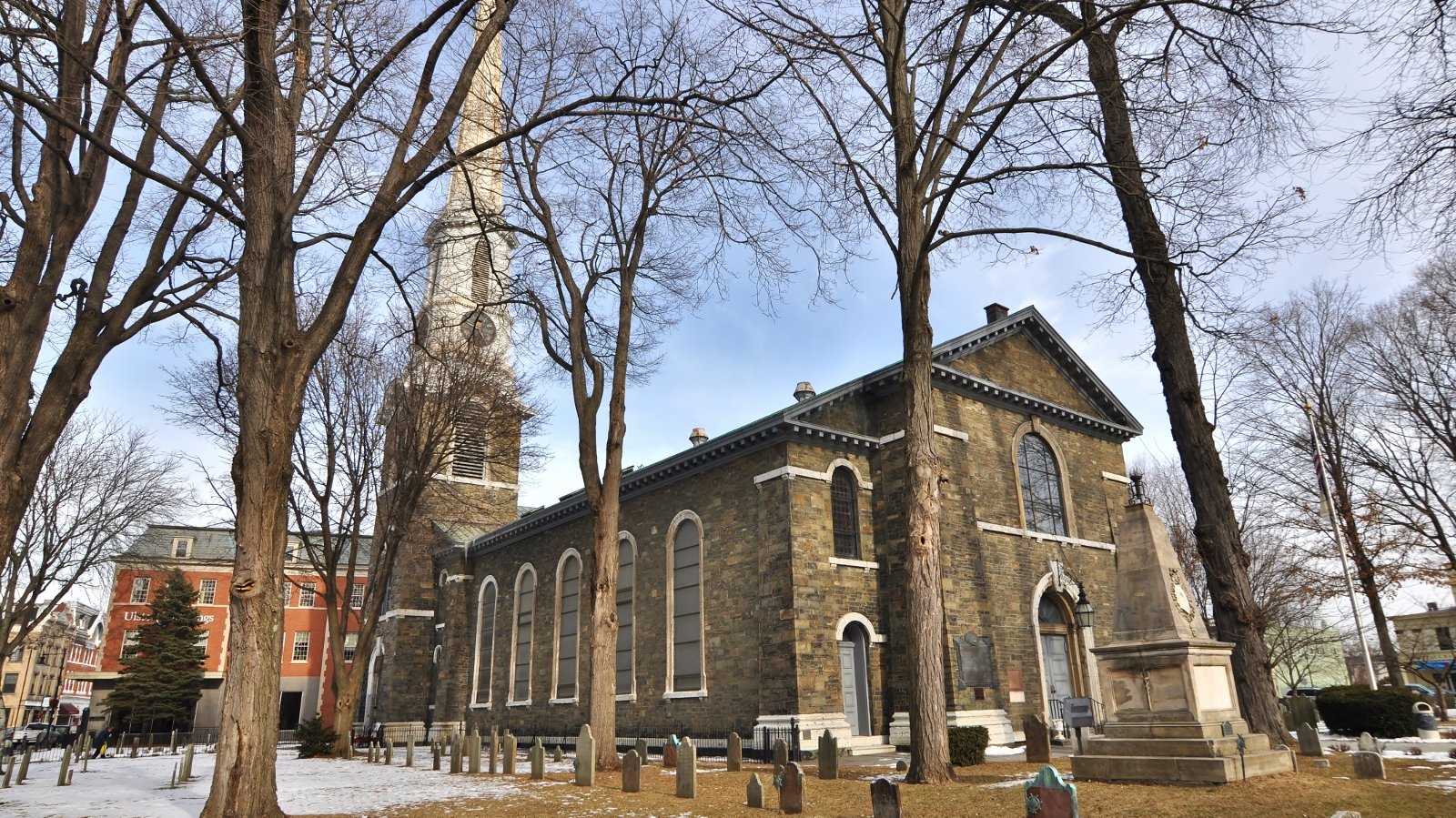 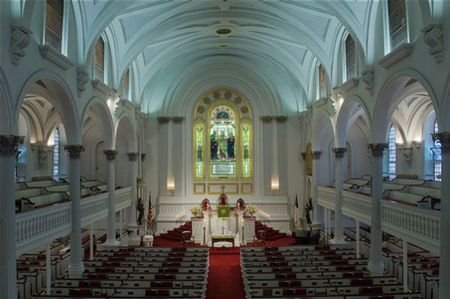 The First Reformed Protestant Church in Kingston, New York is one of the earliest known congregations in the United States. More commonly known and referred to as the Old Dutch Church, it had its first congregation organized in 1659, just 50 years after Christopher Columbus sailed up the Hudson River. It is located in Kingston, New York, originally known as Esposus. Esposus was the third oldest settlement in the New Netherlands, founded by Thomas Chambers.

An interim church building was located across Main Street (now St. Joseph’s Roman Catholic Church), but by 1851, it was realized that the congregation needed a new, larger church. The new church was built from bluestone and cost $33,631.39 between labor and materials. In today’s money, that is almost 1.1 million dollars. Surprisingly, for such a massive labor intensive and large project, the church only took a year to complete.

The designer, Minard Lafever, brought many design influences when building the church. The most predominant influences are Egyptian and Greek influences. In the time period the church was built, it followed current treads as fitting the Renaissance Revival architecture style. The rounded architecture and cathedral ceilings inside of the building also represent English influences.

The Old Dutch Church has seen many restoration efforts in the past 40 years. In 1976, major work began on the church’s steeple, which shapes the Kingston’s skyline. The steeple was painted white, changing the Kingston’s skyline as the steeple was formally dark grey. In recent years, the church has seen continuous restoration work on the exterior to keep up with the aging building.
Presently, the church has many different parts to it. It sits on the corner of Wall Street and Main Street. The actual church entrance, were religious ceremonies and other similar practices are held, is on Main Street. The entrance on Wall Street is to the back of the actual church. Entering on Wall Street leads you to a large room with a stage. Most events held in this room include penny socials, pasta dinners, etc., as the church also has a full sized kitchen.

The Old Dutch Church still functions as a church, but also holds many other programs in addition to church services: music programs, 12 step groups, and craft programs, to name just a few. One of the most unique and attention grabbing points of the church is the signs that are displayed all around it. The signs read in English, Spanish, and Arabic, “No matter where you are from, we’re glad you’re our neighbor.” The writing is printed on a rainbow sign. Even with a congregation that dates back to 1659, the church is ever accepting over anyone from any religious, cultural, ethnic, etc., background. The Old Dutch Church is an important part of history but also demonstrates the ever changing culture of the United States.

Hours vary as this is still an active church; see website for details.