A former slave who became an abolitionist and transported many runaway slaves to Springfield, Illinois from 1841 to bout 1856. 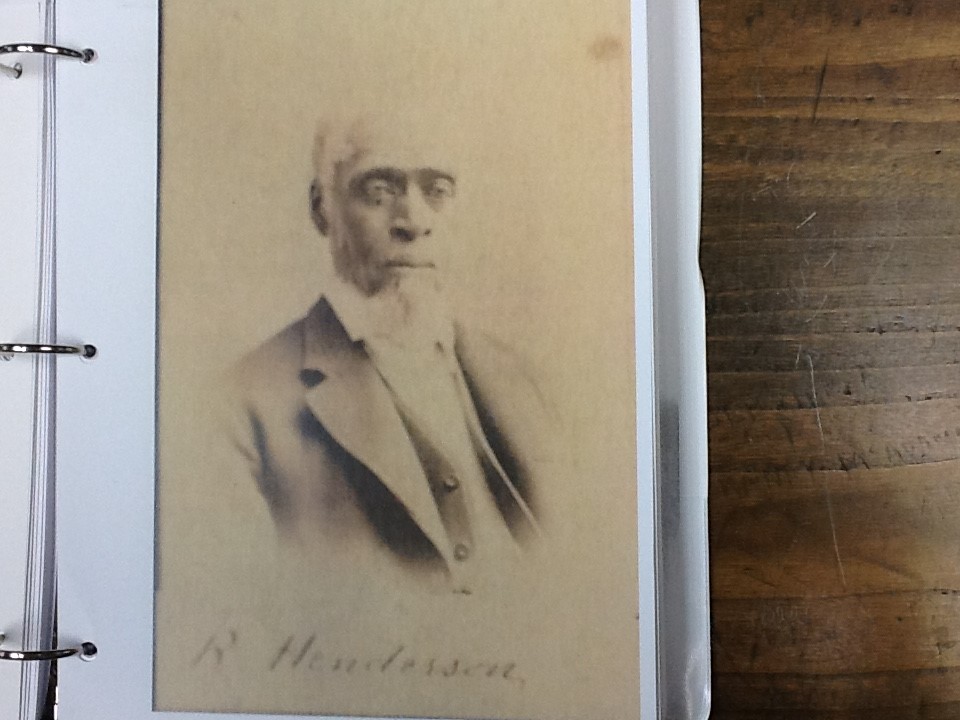 One former slave who became an abolitionist knew firsthand what life was like in bondage. Born into slavery on April 11, 1811 in Bourbon county, Kentucky, Benjamin' Henderson took his former master's last name. He grew up as a slave until his  master Alexander Henderson died and his son, William Henderson inherited Benjamin from his father. In accordance to the Will of Alexander, Benjamin was to be freed at the age of 32 however, he could not wait and received  his manumission in 1837. Benjamin had a trusting relationship with his master, because he was allowed to go to New Orleans to work for his freedom. At the age of 26 he came back to Kentucky and bought his freedom for $250.00. The following year, Benjamin married Julian Haydon on January 25, 1838. Julian was born about 1821 in Nicholas County, Kentucky. Two years later, the couple had their first child a son, born in 1840 who presumably died shortly after, as he was not listed in any state census records. When the couple made their way to Jacksonville in 1841,  Benjamin became a teamster, and became involved with the UGRR transporting runaways from 1841 to about 1858 and often used his house for a station. The young married couple had five children between 1841and 1857.

One of his many Underground Railroad story was:

“My first experience was in a small way. A fugitive came in one Saturday evening and we carefully secret it [him] in a short time and then put him on the road for the next station. Next, a man came to my house from Mississippi and as I was not well acquainted with the road to Springfield I tried for two days to get someone else to go but couldn't so I got a buggy one night and started. Indications of daylight appeared before we reach the city and my man began to get uneasy.  I lost the way and hardly knew where to go but finally made a successful turn and found the town. Daniel Callahan and William Butler were our station keepers and without very much trouble I found the latter and left my charge with him. At one time a man hotly pursued came to my house. He was valuable and the main roads were closely watched. I took him by the roundabout way and got him through alright.”  “Once two girls were brought to my house one of them dressed in men's clothes. I kept him several days till two others came and took them all off.” (Eames, 144)