With tombstones dating as early as 1683 and as late as 1938, the Salem Street Burying Ground was actually in use beginning around 1660, and is the oldest formal cemetery in Medford. It contains at least 600 burials, though only 425 are marked with tombstones. Between 50 and 86 of the unmarked graves, located in the southwest corner, are slave burials from before 1783. Listed on the National Register of Historic Places since 1981 and restored in 2010-2011, the cemetery contains graves from all of Medford's founding families, as well as Revolutionary War heroes including Sarah Bradley Fulton. 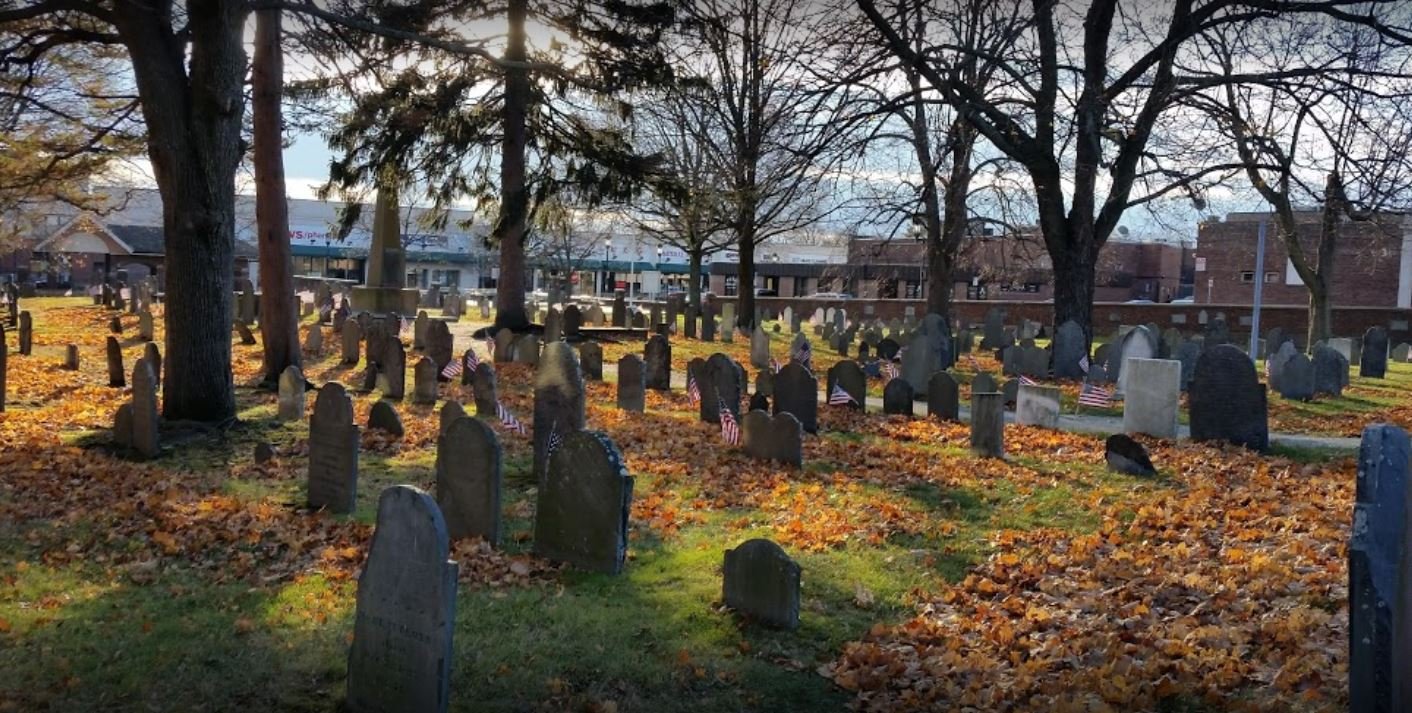 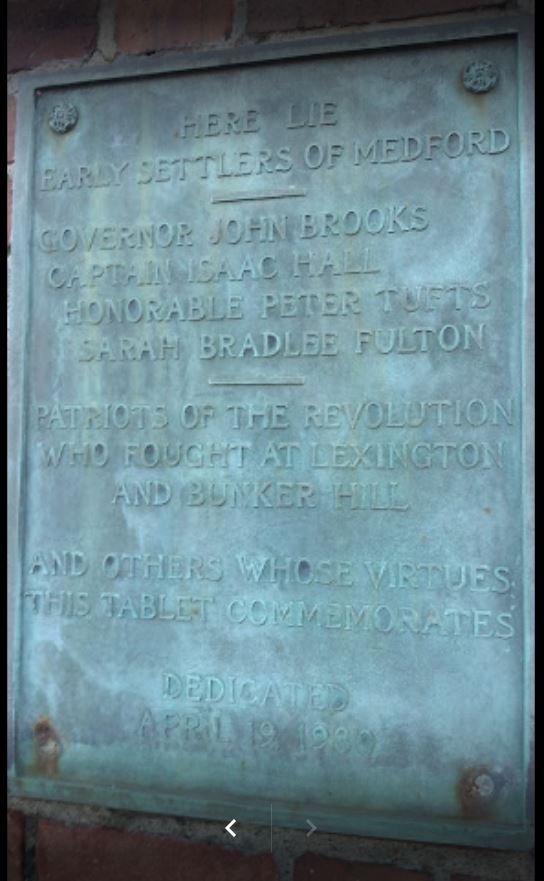 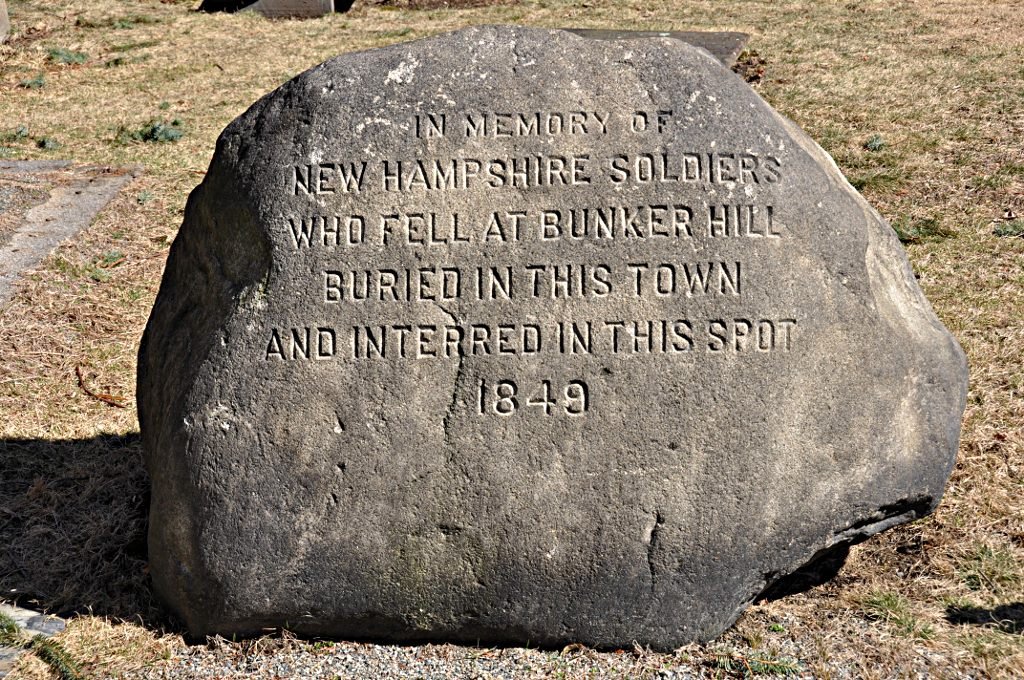 Today’s Salem Street is one of Medford’s original roads, dating to the 1630s when Salem Path ran from Matthew Cradock’s plantation to the town of Salem. John Collins purchased the plantation in 1652 and divided the land and sold the first eight tracts to the Wade, Willis, Hall, Tufts, Bradshaw, Francis, Whitemore, and Brooks families. Until 1717, Medford families buried their dead on their own land [3]. In Jonathan Wade’s 1689 will, he set aside a quarter acre for family burials, in a pasture which the community had already used for the purpose as early as 1660 [1; 2]. The oldest tombstones mark the graves of John Hall (1664-1683), Francis Whitmore (1623-1685), George Willis (1600-1690), Joseph Blanchard (1654-1694), and Caleb Brooks (1632-1696) [3]. In 1705, the town purchased the Wade pasture as a common burying ground, and a perimeter fence was constructed. Additional land was purchased for the cemetery between 1717 and 1848 until it encompassed the ¾ acre it occupies today, between Salem Street and Riverside Avenue adjacent to Medford Square [2]. Family tombs, many constructed of locally-made brick, were first added in 1786 [1]. Slavery was legal in Massachusetts until 1783, and over 50 slaves are estimated to be buried in the cemetery, perhaps as many as 86 [2; 3]. The locations of these burials are not recorded or marked, though one historic source states they occupy the southwest corner of the burying ground [3].

During the 19th century, modifications were made to the Salem Street Burying Ground according to changing ideas of fashionable cemetery design. These included the rearranging of tombstones into strict alignment and later the rotation of the tombstones 180 degrees to face new gravel paths, numerous changes to the material and style of the perimeter fence, the construction of a granite wall along the eastern side, landscaping to create a “garden” cemetery in the Victorian style, and the addition of two monuments [1; 2; 3]. The first is an obelisk commemorating physician, Revolutionary, and Massachusetts Governor John Brooks (1752-1825), which was erected in 1838. The other is a commemorative boulder honoring the New Hampshire soldiers who died at the Battle of Bunker Hill in 1775, which was dedicated in 1849 [3]. In the latter half of the 19th century, the area surrounding the cemetery became more active as Medford grew. Neighboring the Salem Street burying ground were the First Baptist Church of Medford (1841-1873), the Boston & Main Railroad’s Medford line and its locomotive house and train shed (1847-1900s), a coal yard, a rum distillery, a livery stable and boarding house (1872-1910), and a lumberyard. As the cemetery could no longer expand, burials slowed, and Oak Grove Cemetery became the preferred burying place for Medford citizens. During a ten-year span from 1917-1927, only one person was buried at Salem Street, and only two more (in 1934 and 1938) followed [3]. At least 600 people were interred at the burying ground in its nearly 280 years of use. In 1930, Medford added a formal gate and commemorative plaques at the entrance in honor of Medford’s tricentennial [2].

Unfortunately, during the 1940s the tombs were buried under new sidewalks during a street widening project which necessitated pushing back the Salem Street Burying Ground’s perimeter wall. Vandalism in the 1990s led to the disappearance and breaking of a number of the slate headstones, but recent efforts by the Medford Historical Commission have resulted in the restoration of many of these [3]. The cemetery was added to the National Register of Historic Places in 1981. It holds 425 tombstones, mainly carved slate, with iconography spanning the Puritan era (death’s heads), the “Great Awakening” period (cherubim), and more secular neoclassical images associated with the later 19th century [2].