This historic house was constructed in 1842 and immediately played a significant role in some of the most important events of the late antebellum period. Austin F. Williams was a leading abolitionist and housed the Mende tribe members who had led the revolt against their would-be enslavers on board the Amistad. Williams was involved with the defense of the Mende and housed them here on his recently-acquired property after they were released from prison. The Mende stayed in the carriagehouse, which still stands, while the current home on the property was being constructed. The house main house later served as a stop on the Underground Railroad. The carriagehouse and the main house were both declared National Historic Landmarks in 1998.

Abolitionist Austin F. Williams lived in this home and housed the Mende rebels who had seized control of the Amistad the year prior to the completion of this home. 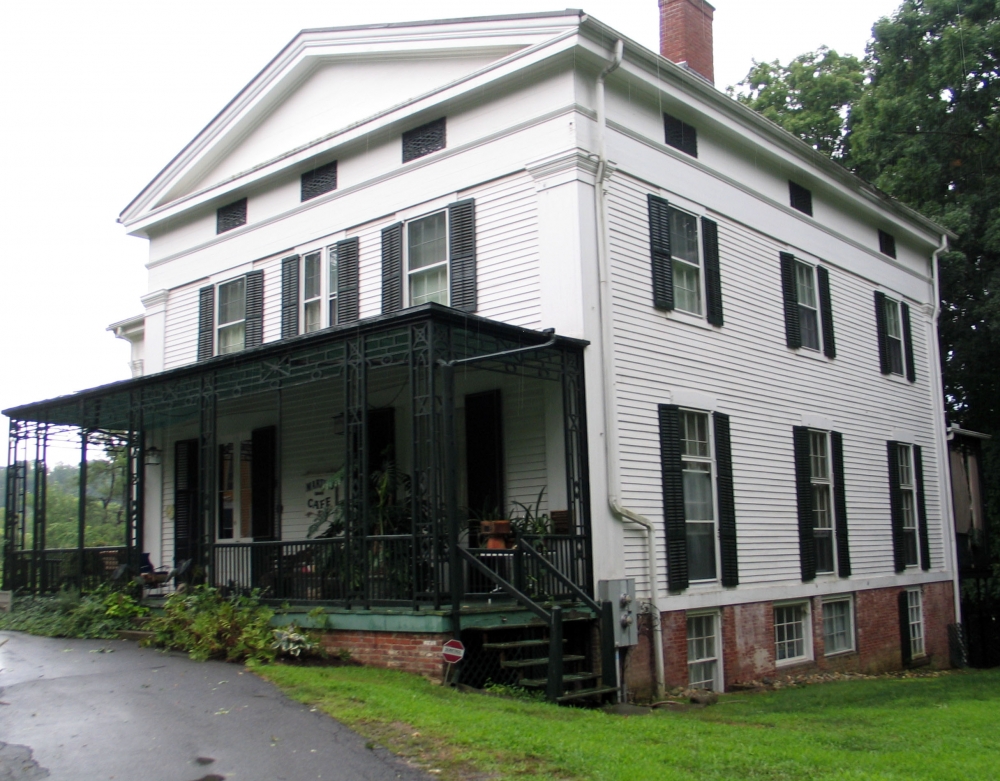 In 1839, despite most of South and North America having outlawed the importation of human slaves, about 500 captives were taken from present-day Sierra Leone to Havana, Cuba to be added to the slave trade. Among these were 53 captives (49 adult males and 4 children, 1 boy and 3 girls), purchased by Spaniards Jose Ruiz and Pedro Montes; on June 28, 1839, the 53 kidnapped Africans were put on the ship the Amistad, headed for sugar plantations in present-day Camaguey, Cuba.

Soon, realizing that they vastly outnumbered the ship’s crew, the captives rebelled, breaking their chains, and attacking the crew. On July 2, they took control of the Amistad. However, they relied on their Spanish captors to navigate the ship, and instead of Sierra Leone, they found themselves near the coast of Long Island.

The ship was intercepted by the United States’ Navy, who promptly freed Ruiz and Montes and imprisoned the African rebels in Connecticut (as New York had abolished slavery by this point). Local abolitionists in Connecticut worked to free the Amistad rebels and a trial was held in Hartford. After much debate and intercession by former president John Quincy Adams, the United States’ Supreme Court ultimately freed the rebels, but gave salvage rights to the Navy officers who intercepted the ship; thus, funds had to be raised to send the Africans back to Sierra Leone. In the meantime, abolitionists in  Farmington, CT housed them.

The Amistad rebels (also known as the Mendi Africans) were able to leave Connecticut and return to Africa in November 1841. The Mendi stayed about eight months in Connecticut, and for most of that time, they lived here, in the Carriagehouse. Williams supported the abolitionist movement and likely hid escaped slaves here on his property, although direct records of this more clandestine activity are difficult to obtain and would have been kept secret owing to the opposition abolitionists faced from most white residents and the occasional violence that befell abolitionists. After the Civil War, Williams assisted former slaves as a director of the Freedman's Bureau.