Photo of the Stoneleigh Building, Buckingham Square, from the NRHP Archive Photographs by D. Ransom 10/81 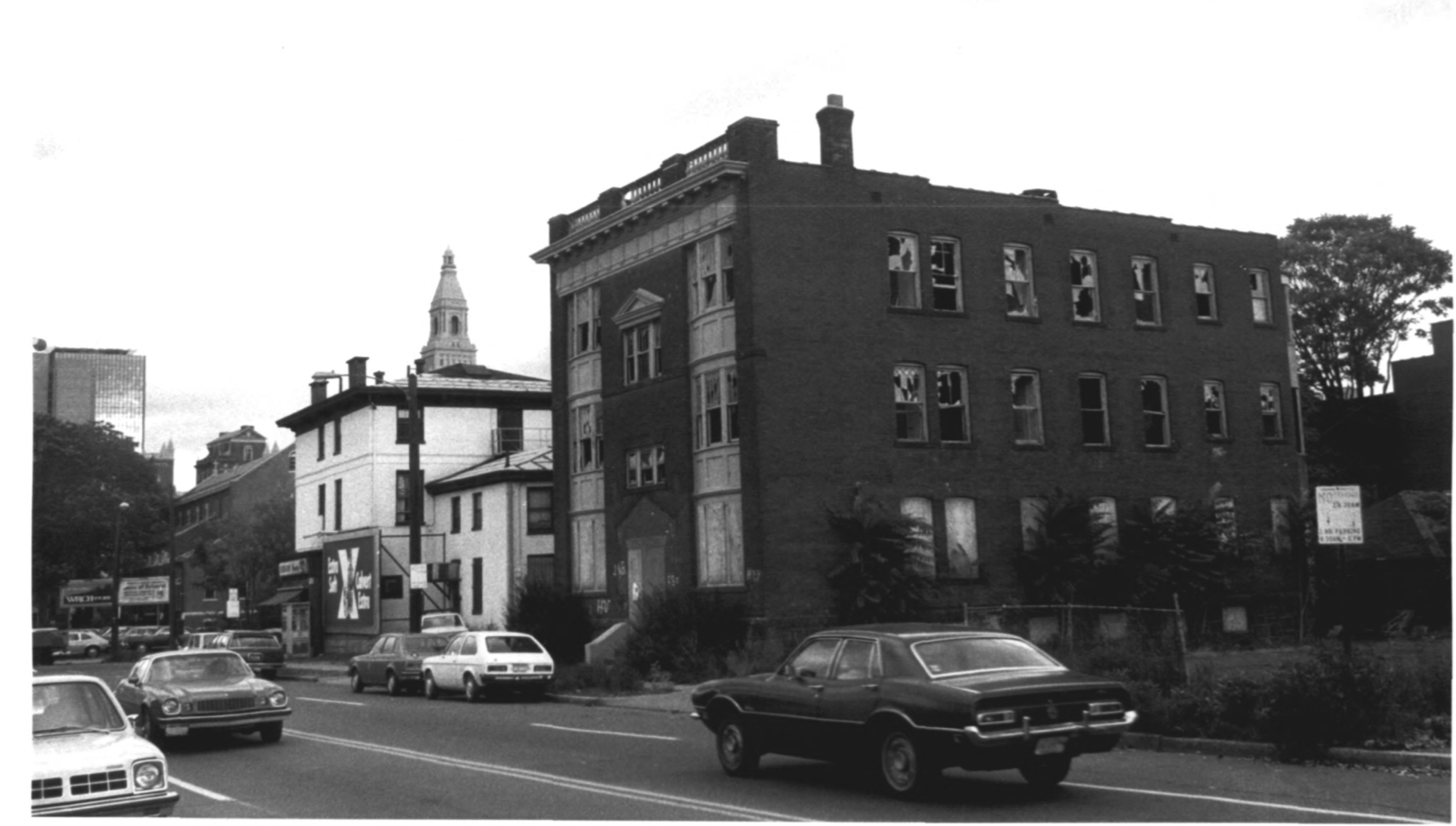 Front-facing photograph of the Stoneleigh Building, from the NRHP Archive Photographs by D. Ransom 10/81 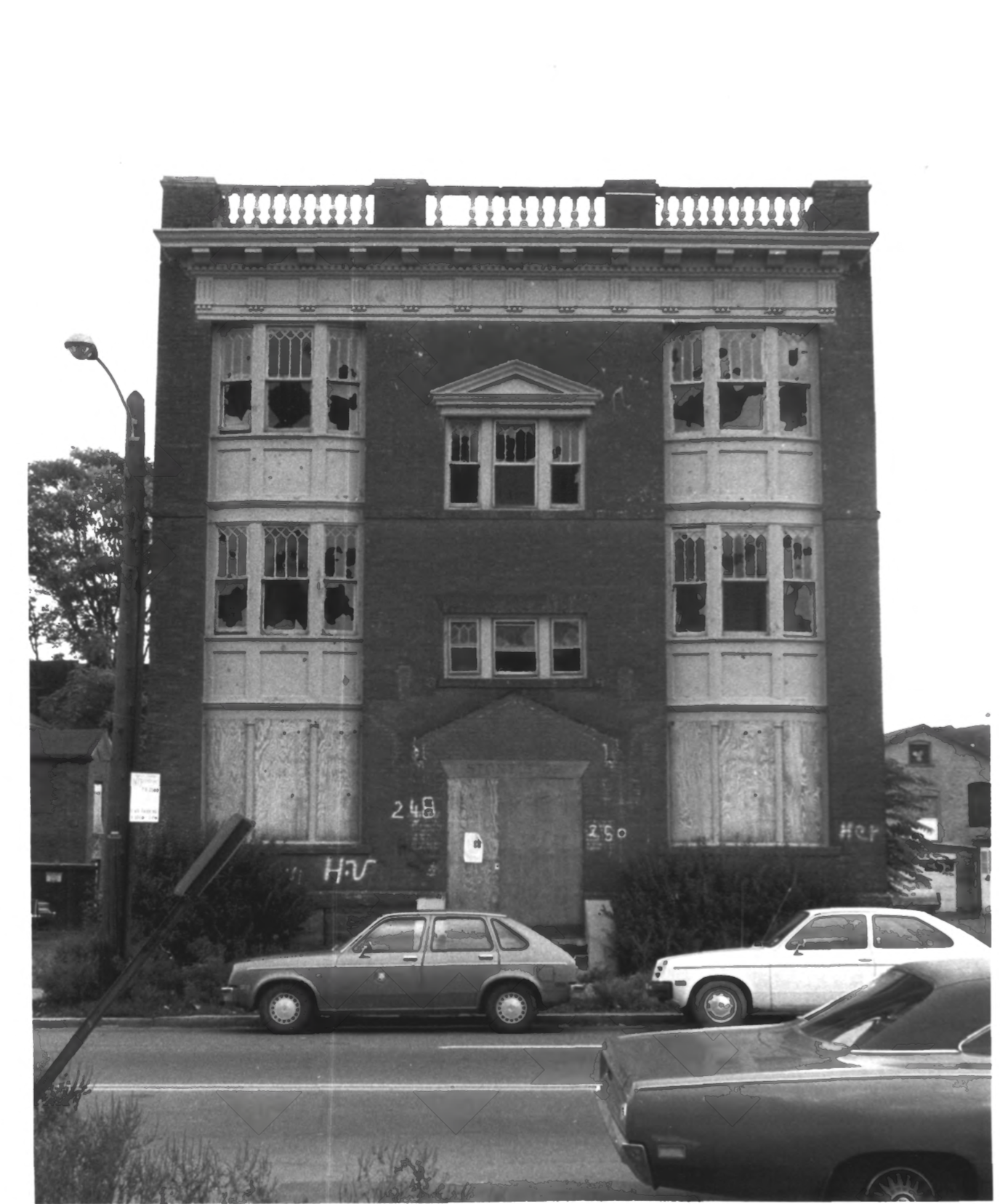 Rear-facing photograph of the Stoneleigh Building, from the NRHP Archive Photographs by D. Ransom 10/81 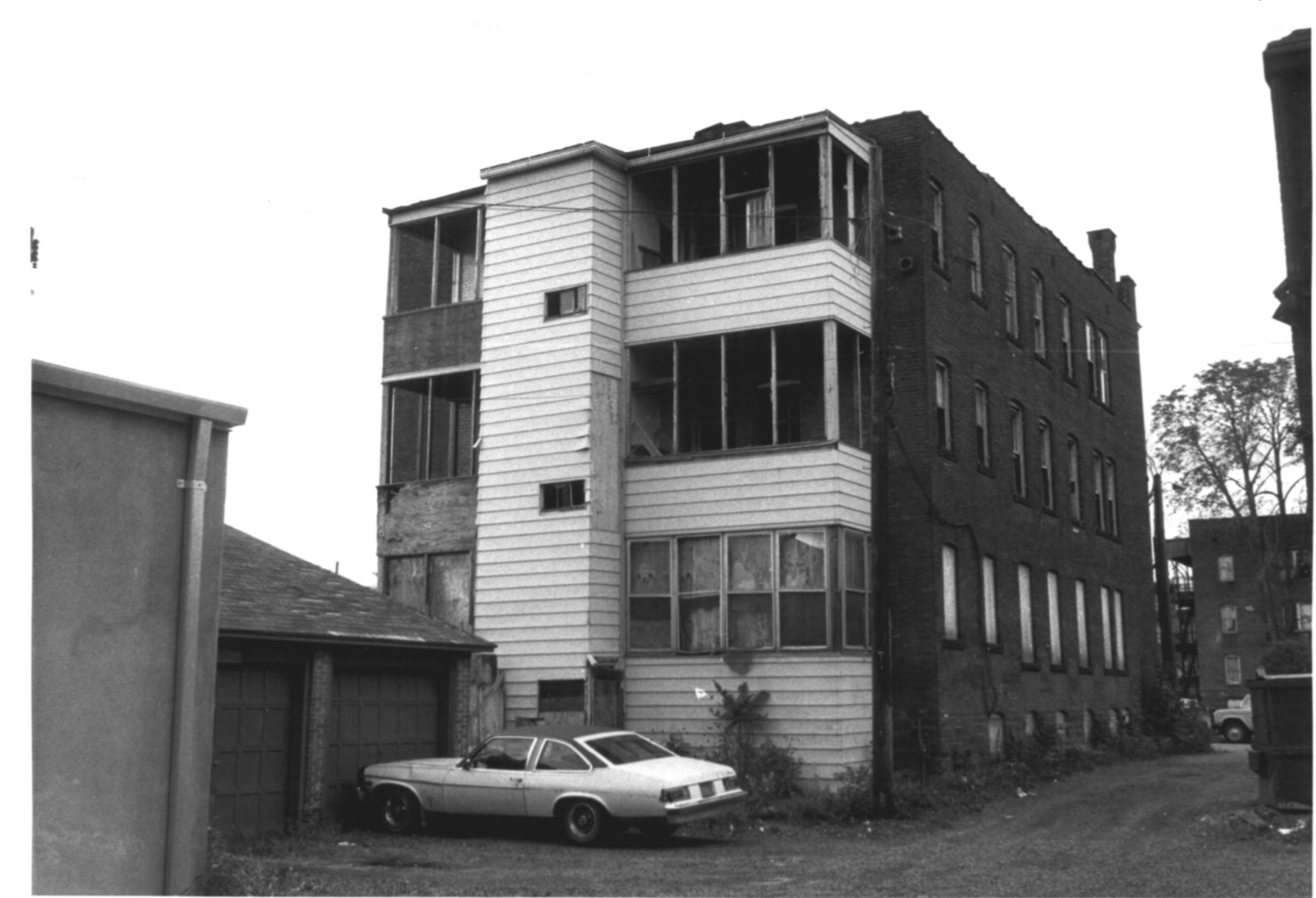 Buckingham and Main Streets in downtown Hartford were two of Hartford’s first organized and named streets, both appearing on the maps that laid out the town boundaries as early as 1640 with houses already constructed on them.  Buckingham Street itself was named after Joseph Buckingham, who served both as the second pastor of the Second Church and as the treasurer for the then-colony of Hartford.

In 1670, a meetinghouse of ex-First Church members was constructed on the intersection of Buckingham and Main, which stood until 1827.  While most of the homes that were contemporary to this meetinghouse no longer exist, there is one residence, known as the Butler-McCook house (built in 1740) that has been preserved.  The Butler-McCook house and another nearby home, known as Dailey’s Market, were the two earliest remaining structures around Buckingham Square, but Dailey’s Market was destroyed in a fire in April of 1976, resulting in almost complete loss of the site’s historical significance.

As for the surrounding neighborhood as a whole, the most visible foundation of Buckingham Square neighborhood’s history can be found in the rowhouses that are still present in the district.  These simple residences housed the earliest occupants of the neighborhood.  Most of these rowhouses were constructed in the 1860s and 1870s, and served as homes for insurance clerks, entrepreneurs, and business managers like James B. Colt, brother of famous Hartford citizen and firearms manufacturer Samuel Colt.

The first of these rowhouses were constructed by Andrew B. West in 1863.  West, a carpenter, partnered with local mason Henry R. Tryon to populate College Street, which later became Capitol Avenue.  Together, West and Tryon designed homes such that they became the only recorded designers of their time.  While many builders in the area have been recorded, only Tryon and West were noted as designers in the neighborhood.

The Civil War era brought great prosperity to the City of Hartford, creating a surge in both the Insurance and Firearms industries.  Rowhouses spread across the city, and the neighborhood around Buckingham Square thrived. Lavish brownstones were constructed on Capitol Ave and Buckingham Street saw the arrival of double-houses constructed by Willis S. Bronson & Co.

The prevailing style of the pre-Civil War era was the Italianate style, which faded as the Civil War came and went.  High Victorian and Second Empire styles became considerably more popular, being most visible in West’s and Tryon’s Brownstones.

One of the characteristics of the Buckingham Square neighborhood that makes it so relevant to modern historians is the fact that it contains both residential and commercial buildings that were staples of Hartford life for decades bygone.  The touch of the late-19thcentury is still strongly visible in Buckingham Square and the surrounding streets.