Graeme Park is a 42-acre historicall site that is centered upon the only surviving residence of a Pennsylvania colonial governor, Keith House. Built in the early 1770s, Keith House was the summer home of colonial Governor Sir William Keith, who referred to the residence as Fountain Low. The mansion originally was part of a larger, 1,700-acre farm, owned by Keith. The land and mansion were later acquired by Dr. Thomas Graeme who extensively remodeled the home’s interior. It then passed, in succession, to his daughter, Elizabeth; the Penrose family; the Strawbridge family; the state; and finally, to the Pennsylvania Historical and Museum Commission. The commission and the Friends of Graeme Park now offer weekend guided tours of the site. It was designated a National Historic Landmark in 1960.

The Keith House is the last standing colonial governor's residence in the U.S. 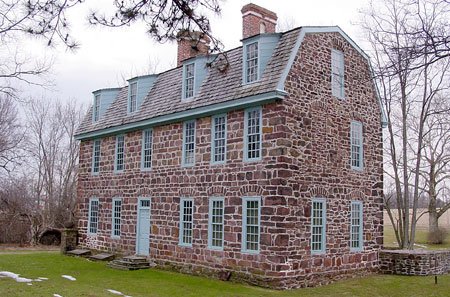 Keith House and the reconstructed summer kitchen as seen from across a small pond on site. 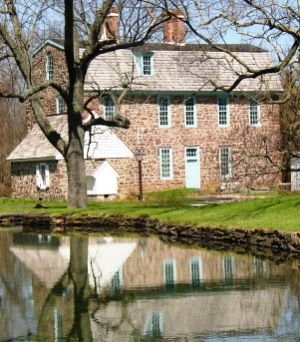 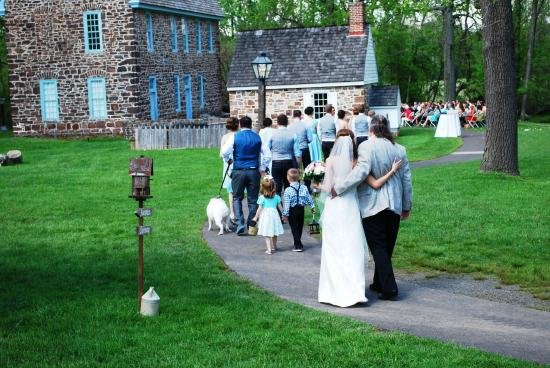 One of the bedrooms within Keith House. 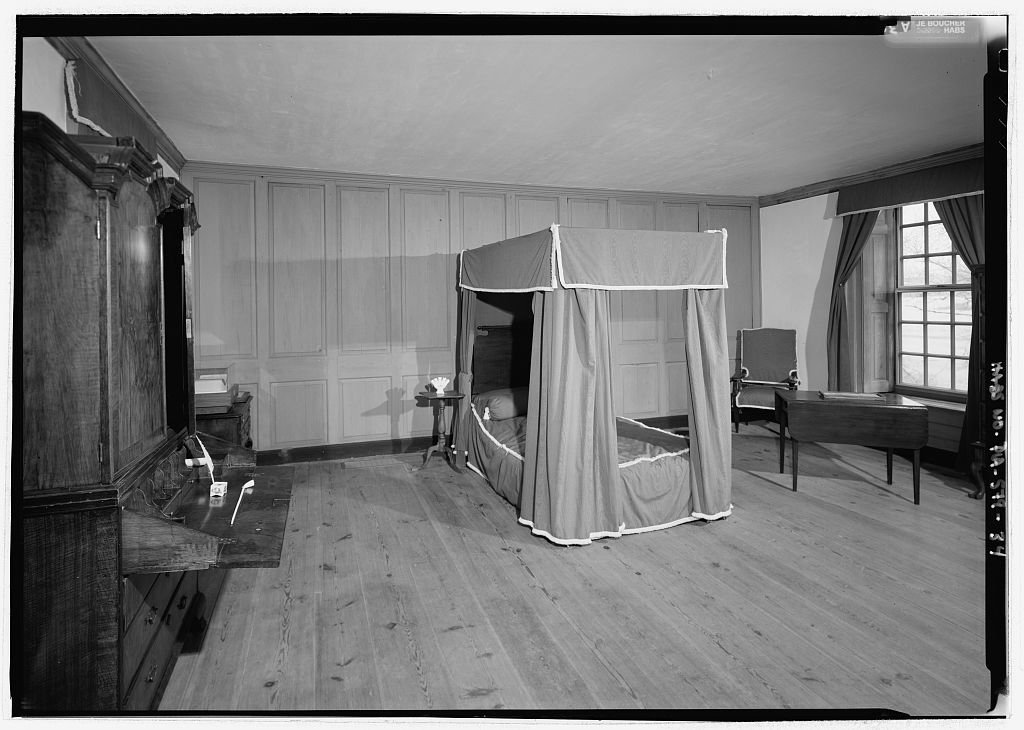 The bank barn, added by the Penrose family, is now home to the visitor's center. 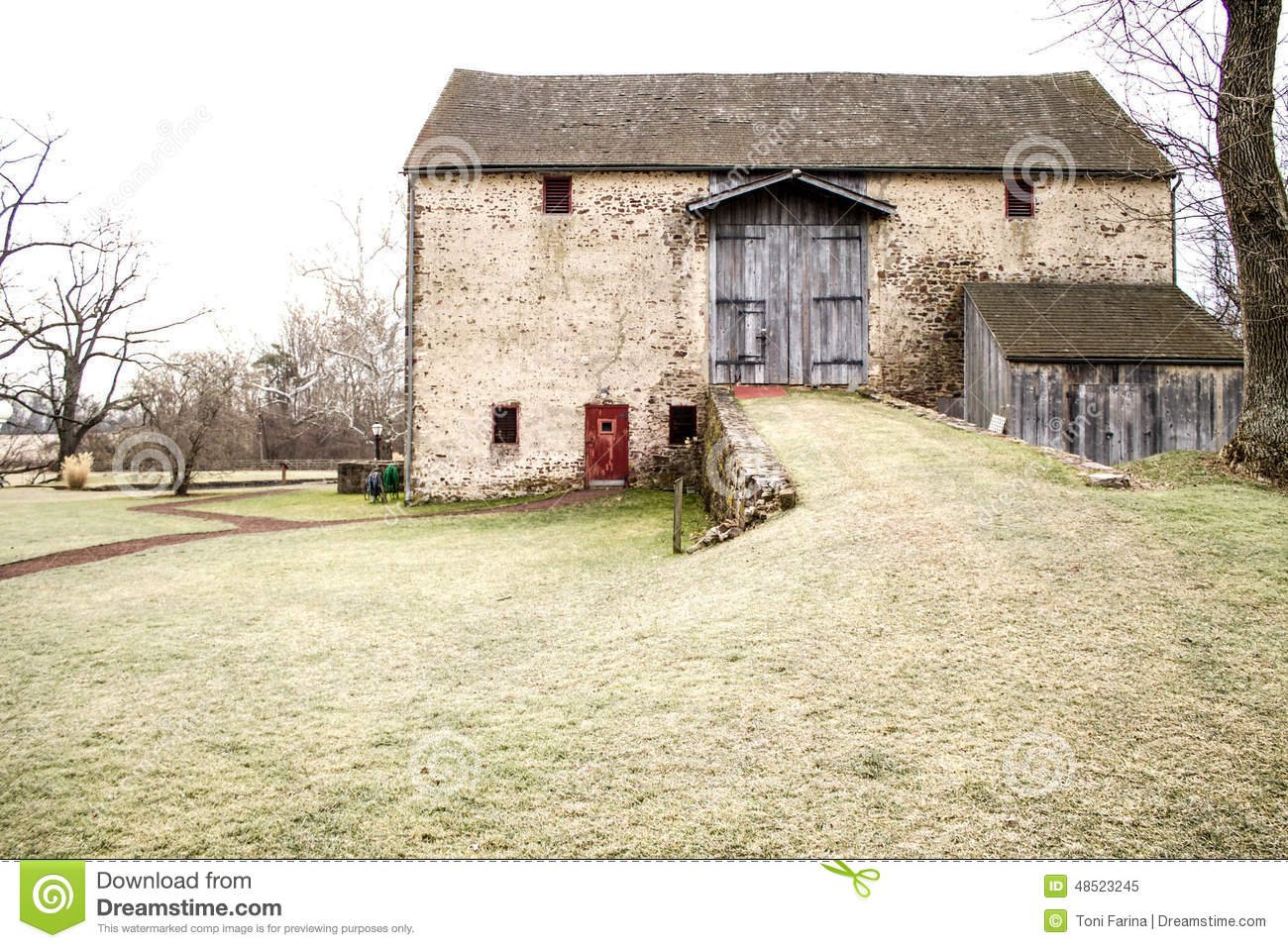 Scottish born, Sir William Keith, was appointed provincial governor of the Pennsylvania colony in 1717.  Shortly after, he acquired a large acreage just north of Philadelphia and decided to turn it into a summer retreat.  He began to improve the land with the addition of a malt house in 1721 which he hoped to turn into a commercial venture.  He later began construction of a large stone residence c. 1722.  What Keith came to call Fountain Low, due to the nearby natural springs, is five bays wide with a mansard roof punctuated by four dormers on each side.  He also had a long house built as servant’s quarters and a barn.  There is evidence that Keith spent little time at Fountain Low as he fell into debt and then ran afoul of the influential Penn family.  He was eventually removed from the governorship in 1726 and returned to England where he died virtually penniless in 1749 after serving time in debtor’s prison.

Dr. Thomas Graeme, who arrived in the colonies in 1717 and married Keith’s step-daughter in 1719, acquired the property after Keith returned to England.  Graeme became an influential figure in Philadelphia, serving as Port Physician, a naval office, Register General, Master of the Chancery, on the colony’s Provincial Council and the Pennsylvania Supreme Court.  Graeme, unlike Keith, spent much time at the park that would bear his name and extensively remodeled Keith House’s interior, adding wood paneling and marble and ceramic tiles around the fireplaces.  He also added a detached summer kitchen to the property.

The land and buildings then passed to his daughter, Elizabeth, upon Graeme’s death in 1772.  Elizabeth, who conducted some of the colony’s first salons at Keith House, created a societal controversy when she married a poor Scottish immigrant, Henry Fergusson, who was eleven years her junior.  Her problems were exacerbated when Fergusson remained loyal to the crown during the American Revolution.  As a result, her lands were seized in 1778.  Fortunately, through powerful contacts, she reacquired Graeme Park in 1781.  Elizabeth died in 1801 and the central section of the farm and mansion were acquired by the Penrose family the same year.

The Penrose family built a new home on the property and ended their occupation of Keith House in 1821.  However, they did maintain the mansion.  The family also built the bank barn that now houses the museum and visitor’s center.  Graeme Park was later purchased by Welsh Strawbridge in 1920 who took up residence in the Penrose’s 1810 house, using Keith House for wedding celebrations and other social occasions.  In 1958, the Strawbridge family donated 42-acres and Keith House to the state.  The site was restored and converted into a period museum by the Pennsylvania Historical and Museums Commission.  Currently, the site is operated and maintained by the commission supported by the Friends of Graeme Park.  Visitors can tour the Keith House, bank barn, herb garden, and summer kitchen Fridays through Sundays.