Opened in 1823, Batavia Cemetery is a historic cemetery and Batavia, New York. It is significant because several prominent 19th-century figures are buried here. Some graves feature large monuments and structures. The most notable of these are the Richmond Mausoleum, the William Morgan Pillar, and the Joseph Ellicott Obelisk. The cemetery contains around 8,000 graves, most of which date to the 1800s. It was added to the National Register of Historic Places in 2002.

The Richmond Mausoleum is the largest structure in the cemetery. 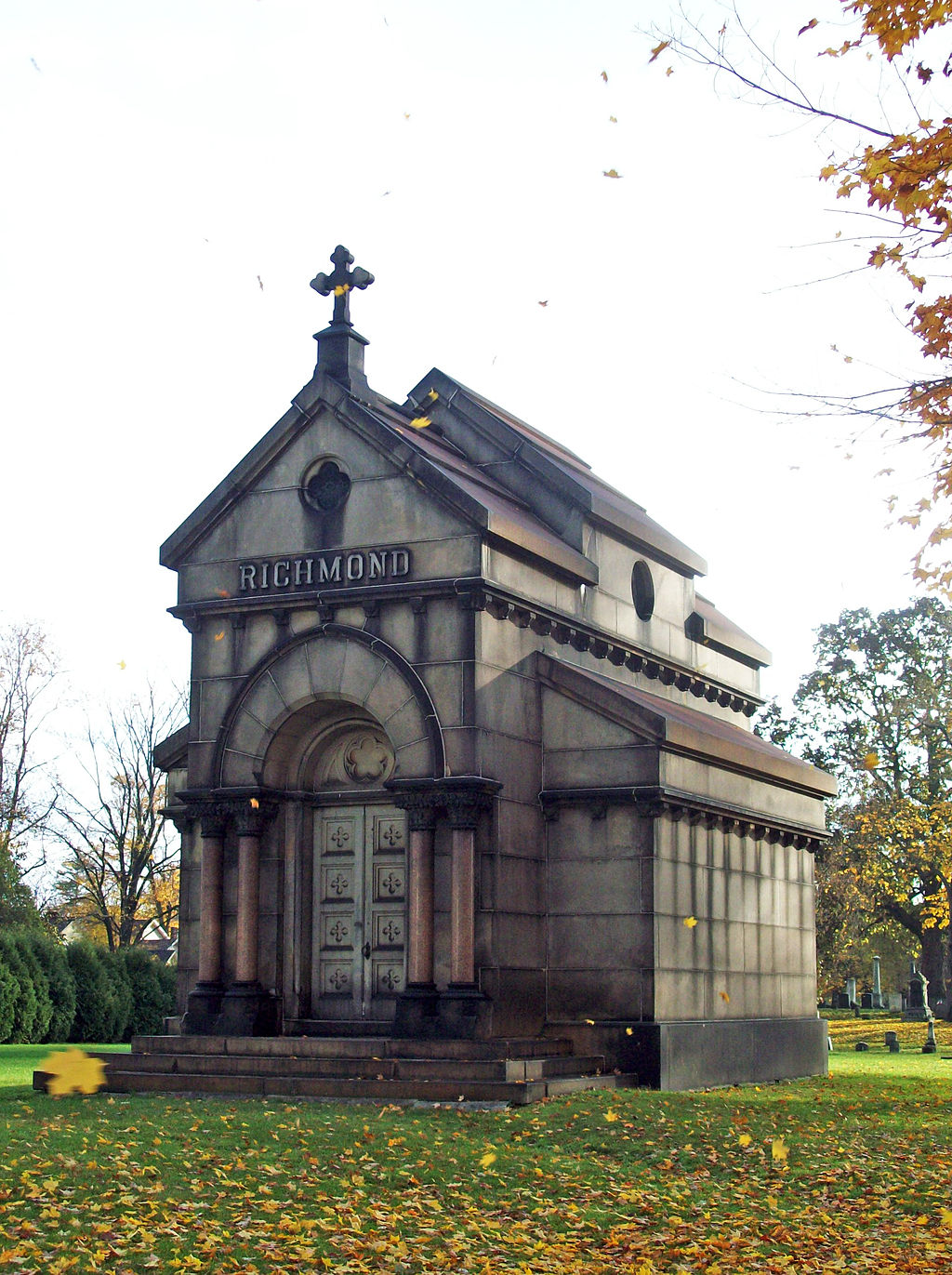 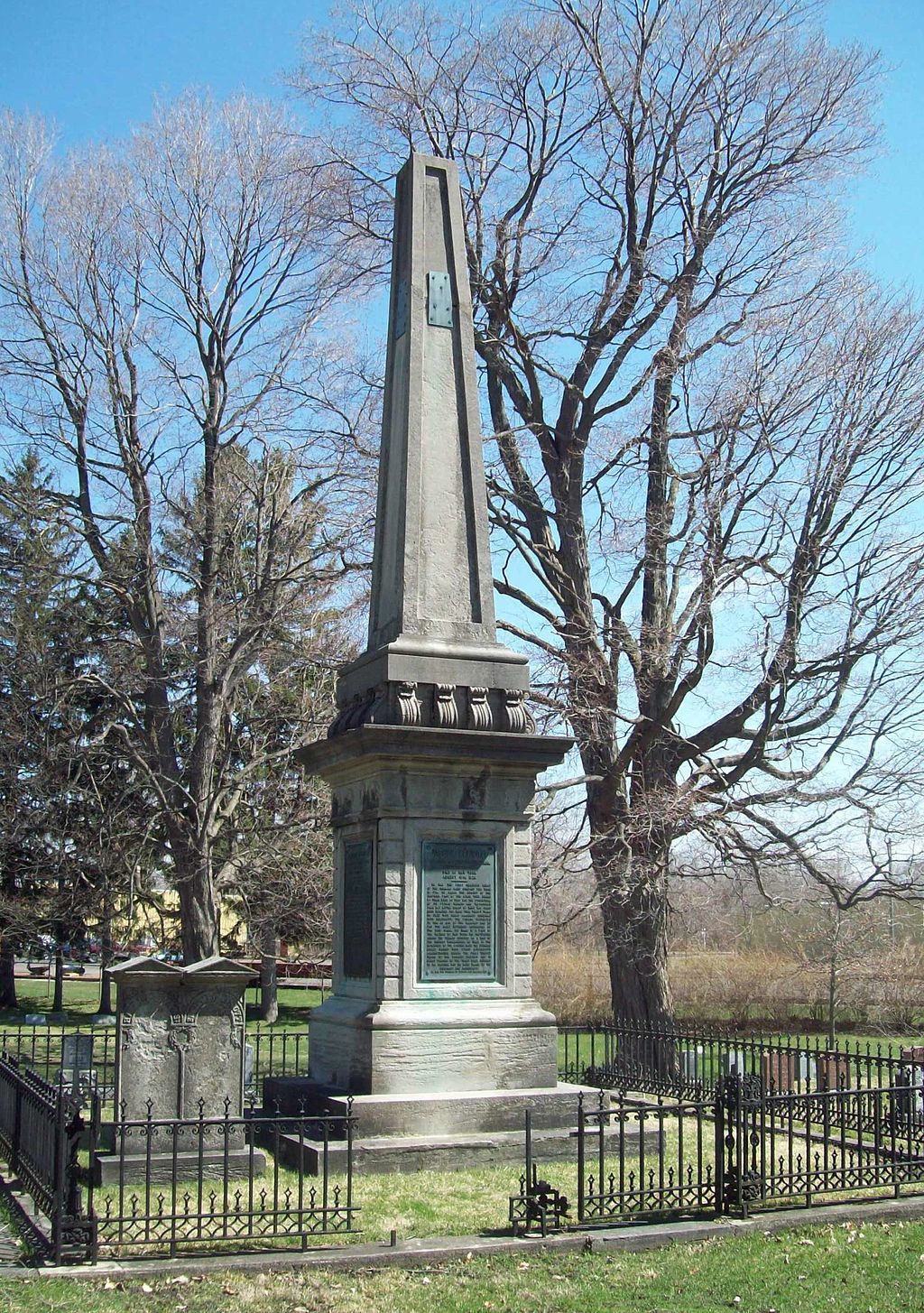 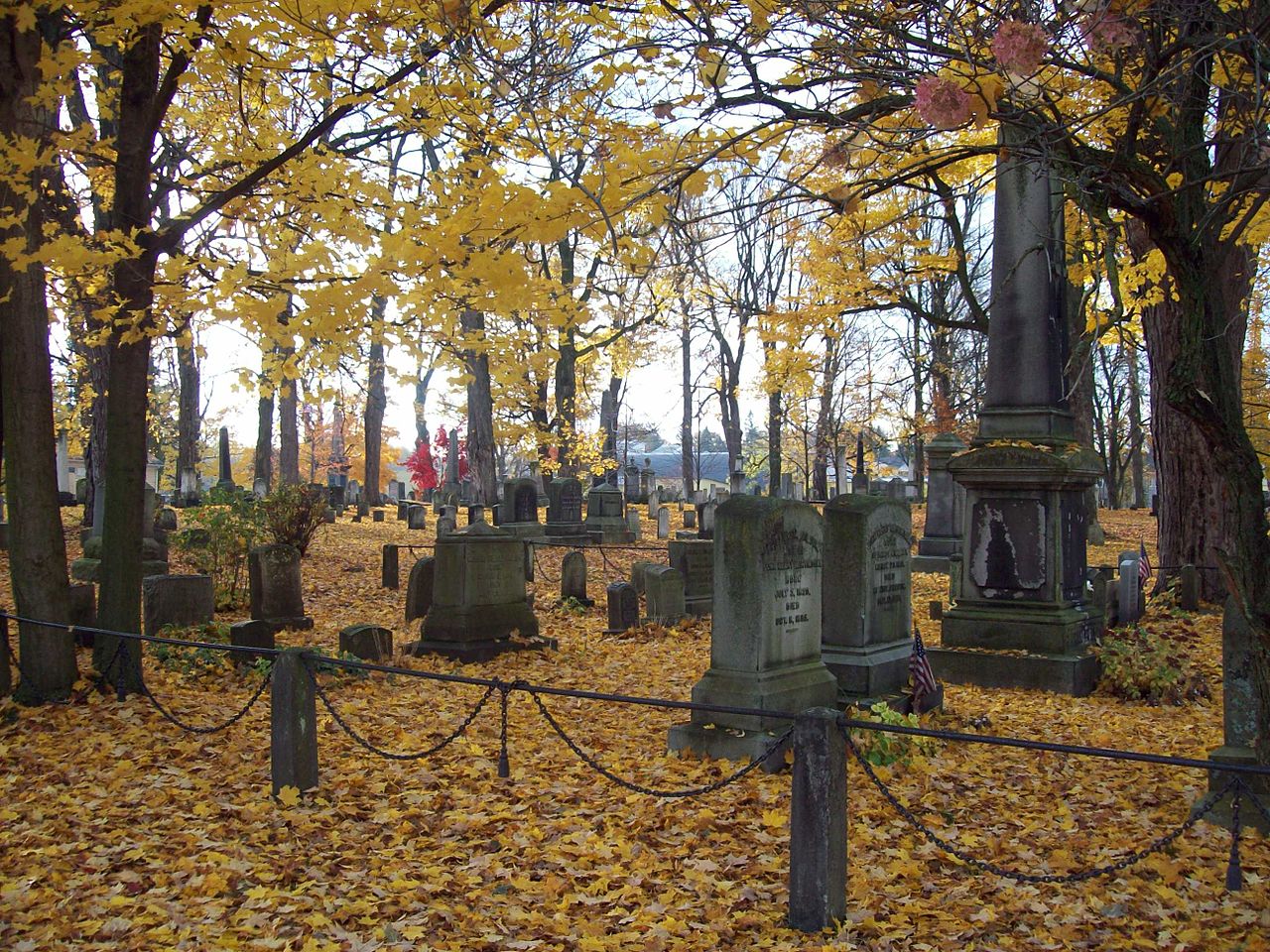 The Richmond Mausoleum is the largest tomb in the cemetery and the final resting place for Dean Richmond (1804-1866), who became the state's first railroad magnate who served as vice president and then president of New York Central Railroad. He was born in Vermont and assumed ownership of his family's salt business as a teenager after his father died. He eventually started to invest in passenger steamship travel and railroads, becoming very wealthy and influential as a result. He moved to Batavia sometime after 1842 upon the completion of the Utica and Buffalo Railroad line to Batavia (he was a director in the company). He was appointed vice president of the New York Central railroad in 1853 and then as president from 1864-1866. Richmond also became involved in politics, serving as chairman of the New York State Democratic Committee from 1857-1866. He died suddenly of illness in August 1866.

As mentioned in the overview, another notable person buried here is Joseph Ellicott (1760-1826). A land surveyor, he became the top agent of the Holland Land Company, which was a Dutch land syndicate formed in the early 1790s that came to own most of what is now Western New York. Ellicott essentially oversaw the development of the region, laying out the cities of Buffalo and Batavia, and supported the construction of the Erie Canal. He also served as First Judge of the Genesee County Court. He dissolved the land company in 1821 because he was showing signs of mental illness, which worsened in the coming years. He committed suicide (by hanging) in an asylum in 1826.