The schools of Iowa were segregated following the Civil War. Alexander Clark of Muscatine challenged this practice and Iowa's Supreme Court ruled in his favor in 1868. This decision helped end segregation in Iowa. 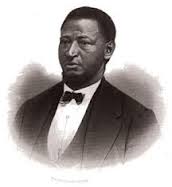 Robert Dykstra, Bright Radical Star: Black Freedom and White Supremacy on the Hawkeye Frontier-Click the link below for more information 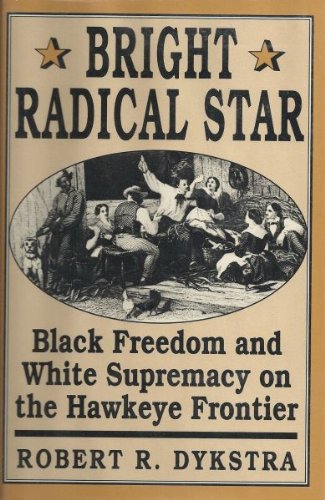 Hal Chase, Susan Koch-Bridgford, and Bill Silag, Outside in: African-American History in Iowa, 1838-2000--Click the link below for more information 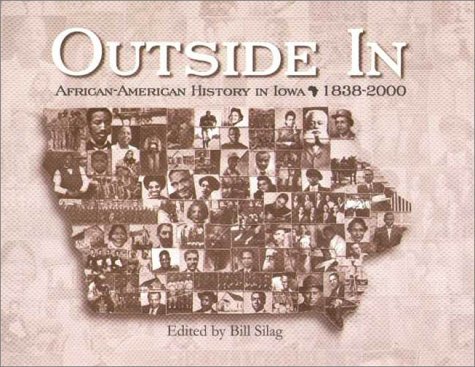 Although the schools of Des Moines were officially open to all children, residential segregation and the practice of assigning children to certain schools created a situation where certain schools were attended by only white children.

In January, 1866, the Iowa State Register reported that a school for black children was being operated in East Des Moines. Black children in Des Moines had been apparently been excluded from the public schools of the city, as the paper reported that pupils on both sides of the river traveled great distances to attend this school because “no other provisions” had been made for their education. Although the Register was not positive that all of the city’s black children had been excluded from the city schools, the editors believed that black children ought to be able to attend any school in the city.
The Register soon modified this position after learning East Des Moines was considering a plan to create a separate public school for black children. The Republican editors were among the staunchest supporters of this proposal, believing that the plan would be supported by both white and black parents. The plan soon stalled, however, as officials of the East and West Des Moines schools accused one another of negligence in support of the private school for black children that was supposed to be financed between the two cities.
In response to the failure of East and West Des Moines to subsidize the private school that was being operated in East Des Moines, black parents created their own school. They selected Burns Chapel as the location, a black church that had been partially-financed by proceeds from a lecture by Frederick Douglass when he visited Des Moines in 1866. Black parents also began a campaign to open the schools of Des Moines to the children of all races.
Although school board records that might confirm the board's change in policy do not exist, The Iowa State Register reported that a trustee of the Des Moines public schools had excluded a child because of race February, 1868. This report was met be a disavowal of segregation by the city's press and meetings between black leaders and the city's schools The number of children attending the private school in the black church declined from 45 children in 1868 to 15 children in 1872, a further indication that the city retreated from its previous practices of exclusion and segregation.
Integration may have came to Des Moines partly as a result of Alexander Clark's successful lawsuit against the segregated schools of Muscatine, also in 1868. It may have also been influenced by local black protest and limited school budgets. The schools of East Des Moines, for example, were forced to reduce their spending in the early 1870s as a political faction known as the “City Guards” increasingly came to dominate the city and demand reductions in public spending. A relative decrease in the size of the black population from 2.1% of the total population of Des Moines in 1867 to 1.7% four years later likewise led an end to school segregation. Ultimately, however, it was the protest of the black community that inspired not only integration, but also a change in perspective among many white residents about the practice of segregation.
--------------------------------------------------------------------------------------------------------------
In the early 1900s, informal segregation continued within the schools of Des Moines. For example, a large number of the city's black children attended Des Moines's Lincoln School. When that school caught fire in early 1920, black residents petitioned the school board accommodations for their community center (which was located in the basement of the Lincoln School) as well as the displaced children.

"Mr. Wright, representing the Executive Board of Community Service for Negroes, appeared before the Board asking for community quarters in the Franklin School House basement, their former quarters in the Lincoln School having been destroyed by fire. The Treasurer... stated what wonderful work had been done and urged the advisability of continuing the organization.”

The board approved the request and indicated that as soon as rooms were opened in the Boy Scout building to accommodate the children from the Lincoln School, the basement rooms of Franklin School would become the “Negro Community Center.” While these minutes do not indicate that white children did not attend the Lincoln School, they do offer a view into the ways that Des Moines and other Northern cities tended to view certain schools as serving black communities and the way those communities viewed those schools as their own.

Prudence A. Nichols. “Ten Decades of Learning: A 100-year story of the Des Moines Public Schools as revealed by school board minutes, annual reports, documents, comments of superintendents and other sources.” Sept 1949. This is an unpublished manuscript in possession of the Des Moines Board of Education.