Hays Hall is a former residence hall of Washington & Jefferson College. The construction of the building was finished in 1903, becoming W&J’s new fireproof building. Rooms were arranged in suite style with a communal bathroom on every floor of the building. In 1912 the building began to house students and the residence began housing a bookstore and a dining hall. By 1968 the buildings structure began deteriorating to the point where no students could longer be housed there but, the bookstore continued to remain there. In 1982 the building was fully declared as a fire hazard and the school closed all functions of the building. Despite various attempts to renovate or push the building as a historical landmark, Hays Hall was completely demolished in 1993. The location of where Hays Hall would be located present day is shown in the street view below. 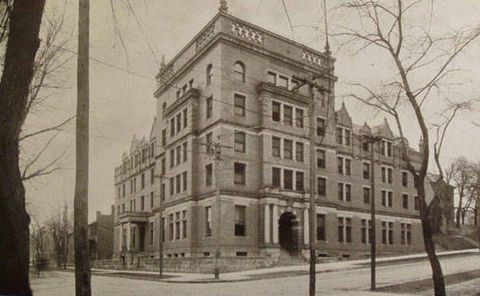 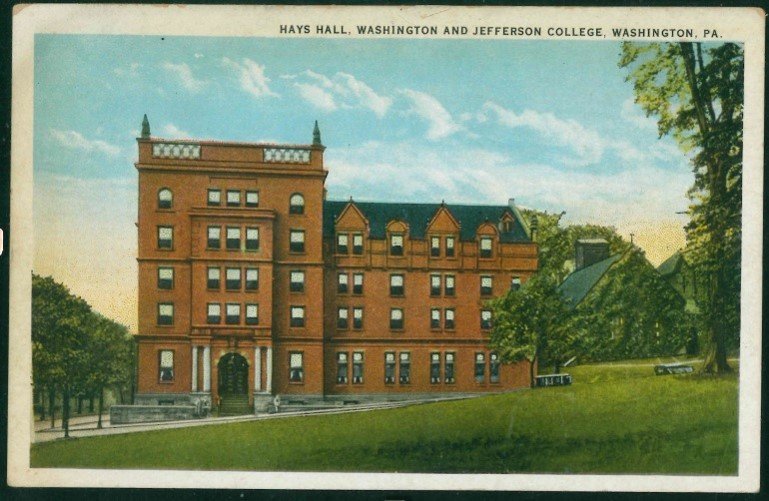