On this site previously stood the first Prentice Women’s Hospital, often considered one of Chicago’s greatest architectural works. Designed by Bertrand Goldberg in 1972 and completed in 1975, the hospital was revolutionary for its time. The Brutalist style building consisted of a concrete quatrefoil tower that sat atop a five-store rectangular base. Goldberg combined many separate facilities into one unit, thereby conserving space and improving the functionality of a hospital design system. The hospital was in use from 1975 to 2011 when it was finally vacated with the intent on demolition. The Chicago Landmarks Commission, preservationists, and many prominent architects all rallied to support the preservation of the hospital. But after two unsuccessful years of negotiations, the building from demolition by Northwestern University and a new one constructed in its place. 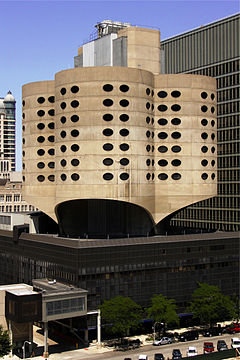 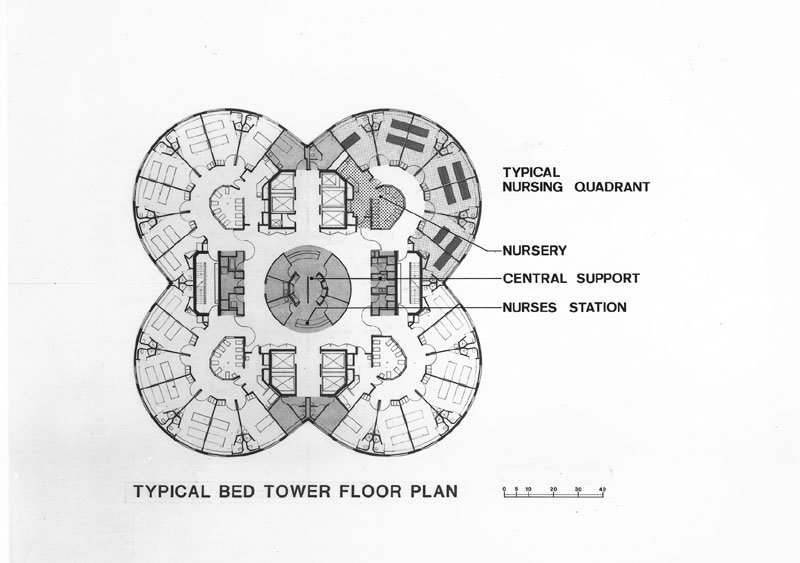 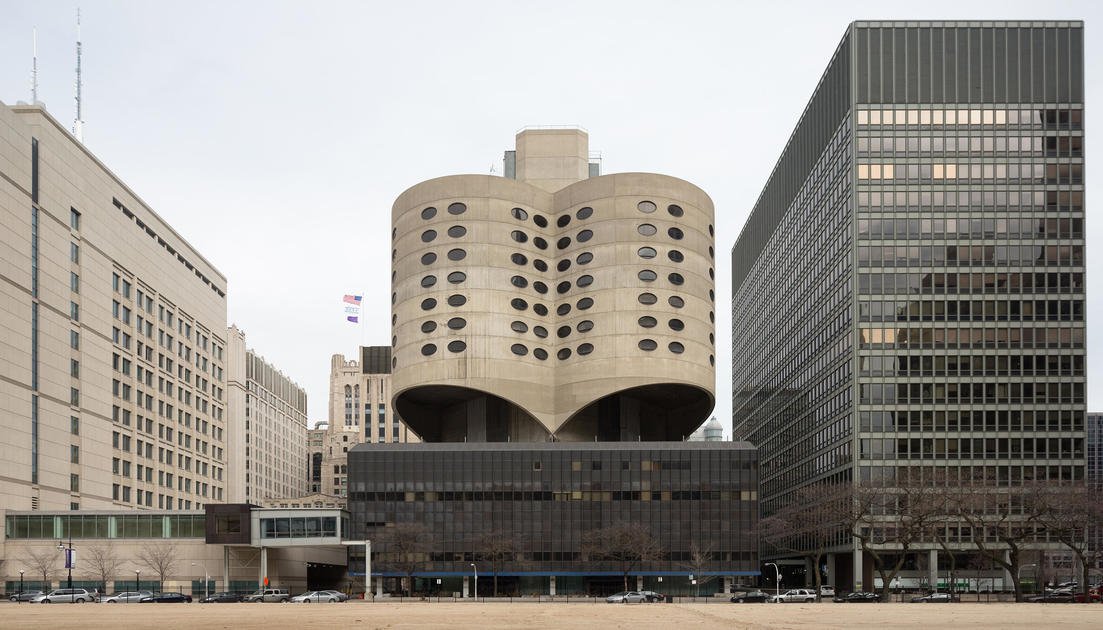 The concept of Prentice Women’s Hospital began in 1970 when the Passavant Deaconess Hospital and Wesley Hospital consolidated. Bertrand Goldberg was commissioned that year to design the new hospital, which combined the once separate facilities of Chicago Maternity obstetrics, gynecology, and Northwestern Institute of Psychiatry under one roof. Remaining true to his Modernist architecture philosophies, Goldberg designed one of the most unique and recognized Brutalist style buildings in the modern era. Perched atop a 5-story rectangular base sat a 9-story concrete cantilevered quatrefoil (cloverleaf shape) tower. Prentice Women’s Hospital became the first building in the world to be constructed with the use of CAD, computer-aided design. The cantilevered design of the concrete tower eliminated the need for structural support columns which opened up more interior space and created more design flexibility. Inside the concrete tower, each floor was arranged in quadrants with the center core possessing four nursing stations that were each responsible for a small group of patients placed along the outer perimeter of the floor. This design revolutionized the model of patient care.

Prentice Women’s Hospital opened in 1975 and continued to operate until 2007 when Northwestern moved operations into a newly constructed hospital nearby. Instead of repurposing Goldberg’s Brutalist creation, Northwestern made plans to demolish the building in order to construct a new facility at the same location. Preservationists, architects, planners, and other like-minded groups and individuals came together to protest the hospital’s demolition. A five-year battle ensued to save the building. Northwestern University ultimately won the battle and received a demolition permit in March 2013. The demolition of the Prentice Women’s Hospital began in October 2013 and continued into 2014. The National Trust for Historic Preservation cited the hospital as one of their ten historic sites lost in 2013.

The demolition of the Brutalist styled Prentice Women’s Hospital marked a significant loss for modern architecture. While the building was not aesthetically appealing, and in many ways quite ugly, the sheer uniqueness of its design warranted its preservation for future generations. Many preservationists and architects consider the loss of the Prentice Women’s Hospital comparable to the loss of Penn Station in New York City – the careless demolition of a priceless structure for the sake of real estate development.