Built in 1908, this historic Chicago house demonstrates several societal and cultural changes in American urban living related to the construction of homes and neighborhoods. With the growth of transportation networks, urban workers with resources to leave homes in the center of cities created the first suburban neighborhoods in the late nineteenth and early twentieth centuries. Many of these homes featured a four-square, Prairie-Style approach rather than the old, larger and more ornate Queen Anne style that typified the leading homes in neighborhoods they left behind. In 1925, the Rozek family chose to repair and renovate this home rather than sell it. Their decision was part of a larger phenomenon known as the Better Homes moment that saw a growing number of middle-class families renovate and remodel their homes. 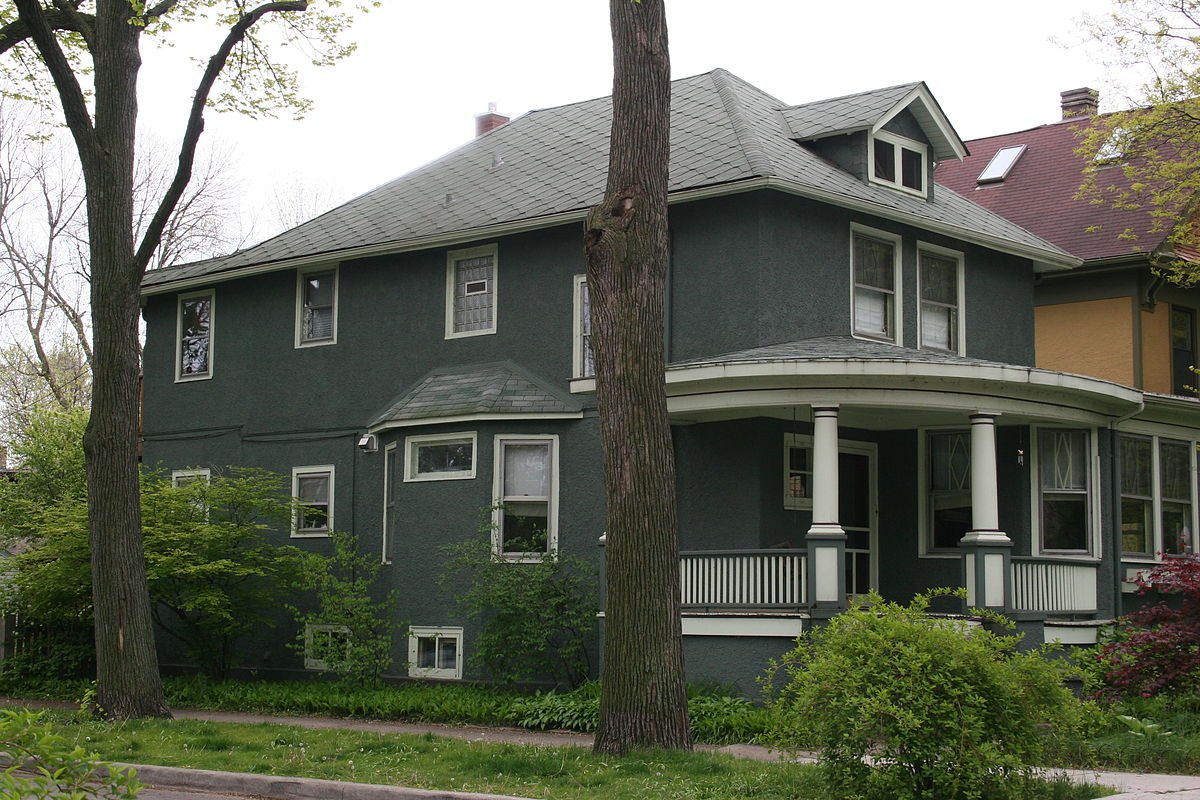 The  Theodore Rozek House was constructed in 1908 and updated in 1925. The home exemplifies the American four-square layout and enjoys traits tied to two popular architectural design trends of the era: "The Practical Suburban House" and "Better Homes and Small House Movement." The original building arose at a time when numerous white Americans left old, outdated cities and its decaying structures for newer suburbs. Meanwhile, the 1925 addition speaks to a movement that started in 1922 and inspired multitudes of Americans to modernize and beautify one's home rather than vacate the premises and subsequently leave it dilapidated, notably because there was an insistence that there was a home shortage.
A perceived shortage of homes, especially in the wake of World War I, inspired federal government and home-industry drives to push people to fix theiir pre-existing home rather than move. (At the same time, nearly one million homes were built in the U.S. in 1925.) The Better Homes Movement can technically be dated back 1922, when The Delineator, published a piece praising celebrated home ownership, home maintenance and improvement, as well as beautification, as the actions of responsible American home-owning consumers. In other words, it was "one's duty" to preserve, repair, and improve one's residence rather than let it fall into disrepair.
The Rozek family had the home built in 1908 as part of a trend where residents (the vast majority of which were white) left cities -- riddled with old structures and decay --  and moved to suburbs on the end of cities where they had new homes built and concurrently created new types of American communities. (Edgewater was originally a suburb, but Chicago annexed it in 1898. However, because of its distance from the Chicago's downtown region,  it remained distinct and similar in nature to a suburb for most of the early twentieth century).
The Rozek family insisted its suburban homes would follow a popular design philosophy that came to be known as four-squares or bungalows, built in stark contrast the overtly ornate and eclectic Queen Anne style of homes that dominated for decades, a philosophy that allowed architects such as Frank Lloyd Wright and his contemporaries to create their famous "Prairie School" designs. The Rozeks did not employ Wright, but the house did enjoy typical four-square and "Praire Box" features.
When the home needed updating in the 1920s, the Rozek family, similar to an abundance of suburbanites in that era, spent money on repairs rather than move. And, unlike in 1908, the house also received a face-lift that included some ornate details and design, largely exhibiting Colonial Revival features. As such, with the repairs in place and a commitment to remain in one's home, the Rozeks remained at the residence for many years to come. In fact, the Rozek family owned the house for 90 years.
To view the house today is to see physical evidence of two distinct social histories, both tied to home ownership. The 1908 construction speaks to the pattern of white Americans moving away from their old, outdated homes within increasingly crowded and dirty cities for new homes in nearby cities -- made easier by better and faster modes of transportation. The homes remained fairly simple, fit the environment (Prairie School), and were more modest in nature. And then, by 1925, homeowners elected to fix their homes and update them rather than move away from their property.