This memorial commemorates the 4,601 missing soldiers, sailors, marines, coast guardsmen, merchant marines, and airmen who met their deaths in the service of their country in the waters of the Atlantic Ocean during World War II. Behind the bronze eagle designed by sculptor Albino Manca one can read each of the names of the deceased. The monument was dedicated by President John F. Kennedy on May 23, 1963. 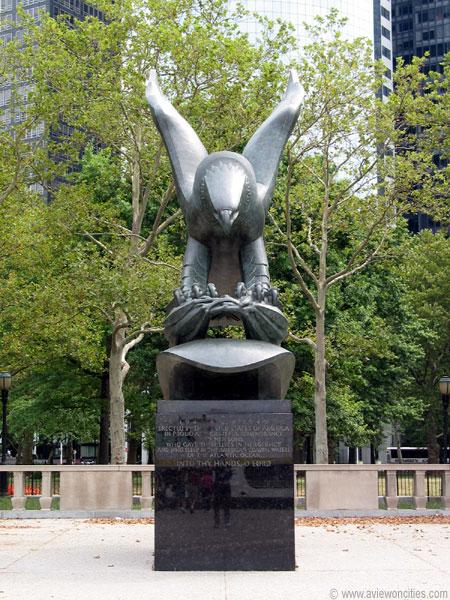 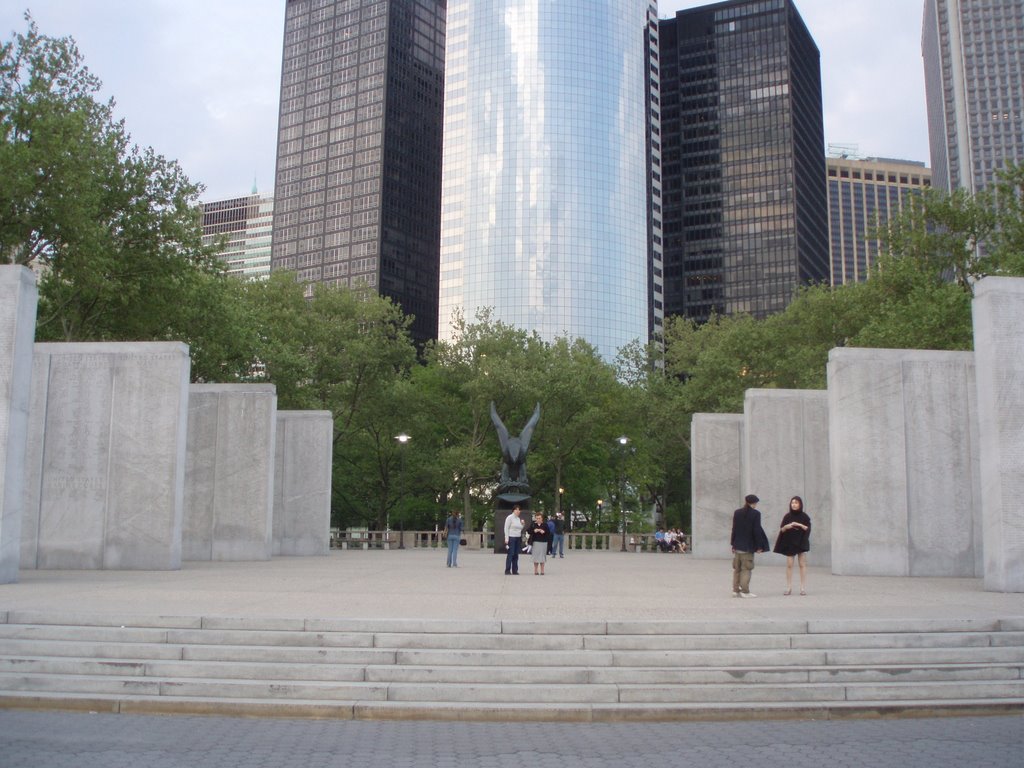 The East Coast Memorial was dedicated by President John F. Kennedy on May 23, 1963, and is a monument to the 4,611 servicemen and women who lost their lives during World War II in the western region of the Atlantic Ocean.  The monument is located in Battery Park of New York City and rises in the shadows of the Statue of Liberty.

The monument consists of eight 19-foot tall pylons arranged in two rows of four, with a statue of a bronze eagle in the middle that is facing the Statue of Liberty. The name of each soldier who was lost in the Atlantic and the state he/she came from is inscribed on the pylons. It is one of three war memorials in the United States administered by the American Battlefield Monuments Commission. The others are the West Coast Memorial in San Francisco and the Honolulu Memorial.