The Riviera Motor Sales Company Building is a Chicago City Landmark that exemplifies the importance of the automobile sales and service industry to Chicago's history during the early twentieth-century. The building was built by automobile dealers Isadore and Isaac H. Bumstine to house a high-end Chrysler automobile showroom, which operated alongside numerous other auto dealers in the 1920s as part of the prominent Edgewater neighborhood's "Broadway Auto Row." 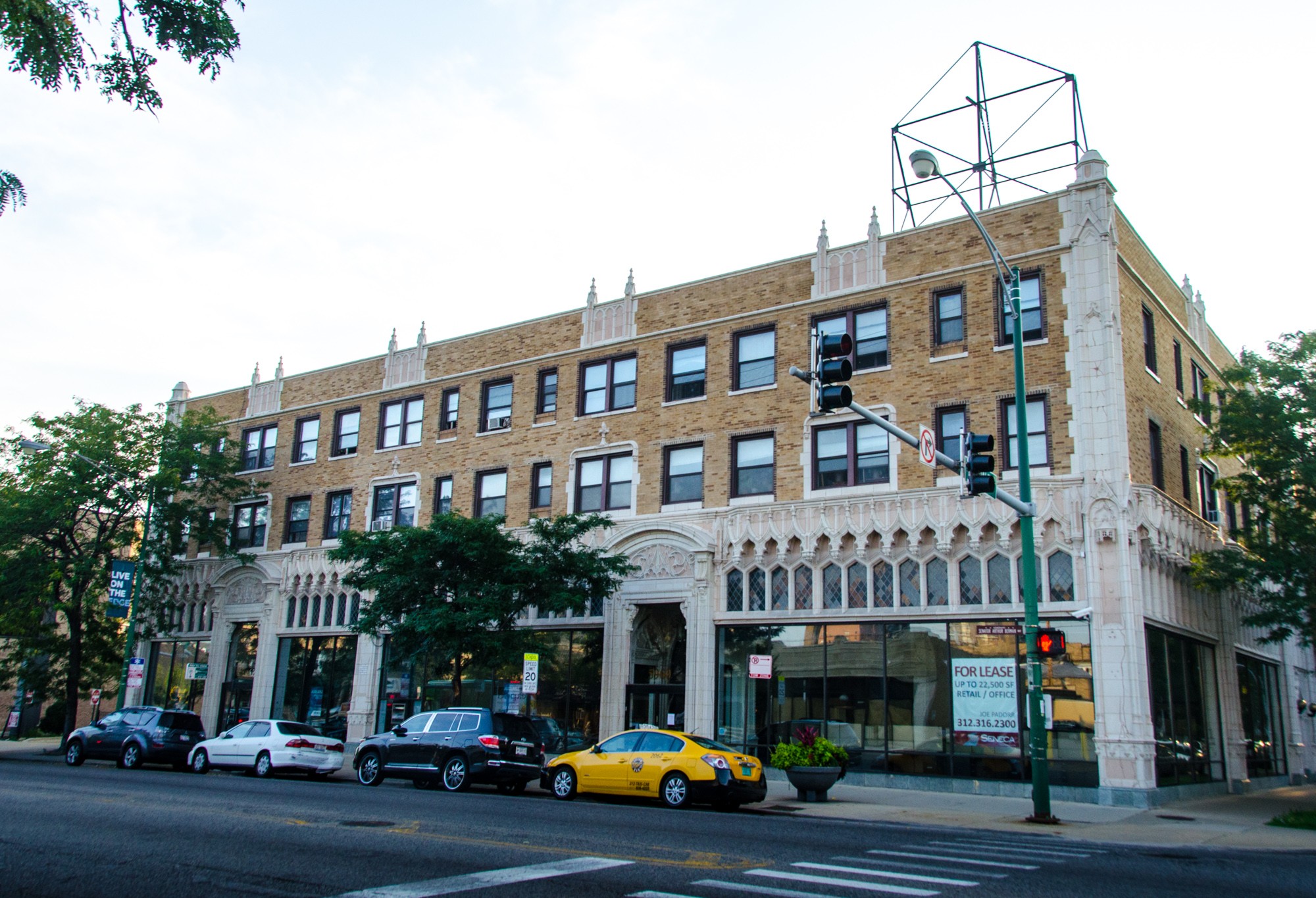 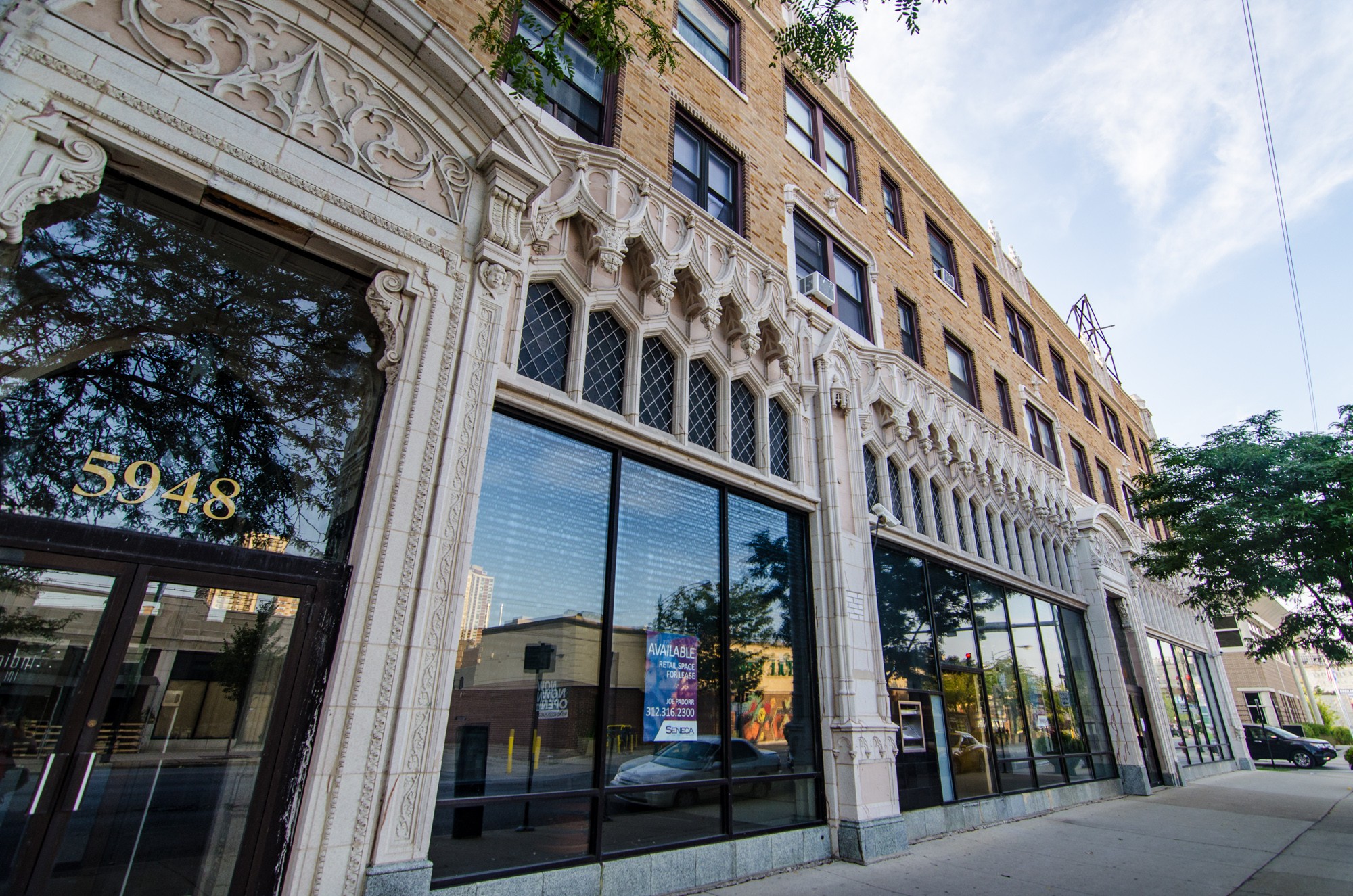 A Chicago City Landmark, The Riviera Motor Sales Company Building opened its doors in 1926 in Chicago's Edgewater neighborhood. The building functioned as a high-end, 20,000-square-foot Chrysler automobile showroom, which operated alongside numerous other auto dealers as part of the Edgewater neighborhood's  "Auto Row." It stands as a reminder of the rise of the auto industry during the early twentieth century, notably among the wealthy; many large houses existed near the showroom.
Isadore and Isaac Bumstine purchased the land in 1925 to build the high-end Chrysler showroom to add to their growing network of auto dealerships located throughout Chicago.  Although appearing as a unified block structure,  the original layout consisted of two sections with distinct layouts and functions. Auto repairs and storage took place in an almost windowless part of the building whereas the two showrooms and auto sales operated in the lowest floors consisting of appealing, expansive storefront windows and elaborate, Gothic- and Classical-style decorative motifs.
The emergence of the automobile profoundly transformed American culture during the twentieth century, and its rising popularity changed the nature of city streets lined with storefronts, which rapidly included auto dealers and ancillary industries. The Riviera Motor Sales Company Building exemplifies the manner in which auto dealers attempted to market and sell vehicles during the 1920s, a time of national economic boom and a concurrent, rapid growth in automobile sales.
As noted by the Commission on Chicago Landmarks report on the Riviera: "By 1910 there were 12,926 passenger automobiles registered in Chicago. By 1920, the number of cars had grown to 90,000, and, just five years later (at the time of the construction of the Riviera Motor Sales Company Building in 1925), this number had soared to nearly 300,000."
The Riviera Motor Sales Company Building operated in a location of one of the most prominent  “automobile rows," that emerged in many cities. Indeed, dozens of buildings housing businesses tied to the auto industry emerged during the 1920s on Broadway.  By the time of the infamous stock market crash of 1929, more than 30 automobile dealers operated on Broadway.
The Riviera Motor Sales Company operated out of the building until the late 1930s during the Great Depression. In either 1937 or 1938, the Bumstine family sold the building to the Lincoln National Life Insurance Company, who remained in the building until 1942. The building later functioned as a furniture store, an art gallery, an antique store, an auction house and then as both Broadway Bank and an apartment complex (upper floors) from 1990 through 2010.
In 2016, the T.V. Show, "Chicago Fire" transformed the building into a fake restaurant and bar known as "The Vault." However, in real life, the building remains on the market; it has remained vacant since 2010. Nonetheless, it stands in good condition and serves as a monument to the "Roaring '20s" and the rise of the automobile industry.

Both pictures of the Riviera Motor Sales Company Building taken by photographer, Eric Allix Rogers, and located at OpenhouseChicago.org - https://openhousechicago.org/sites/site/riviera-motor-sales-company-building/