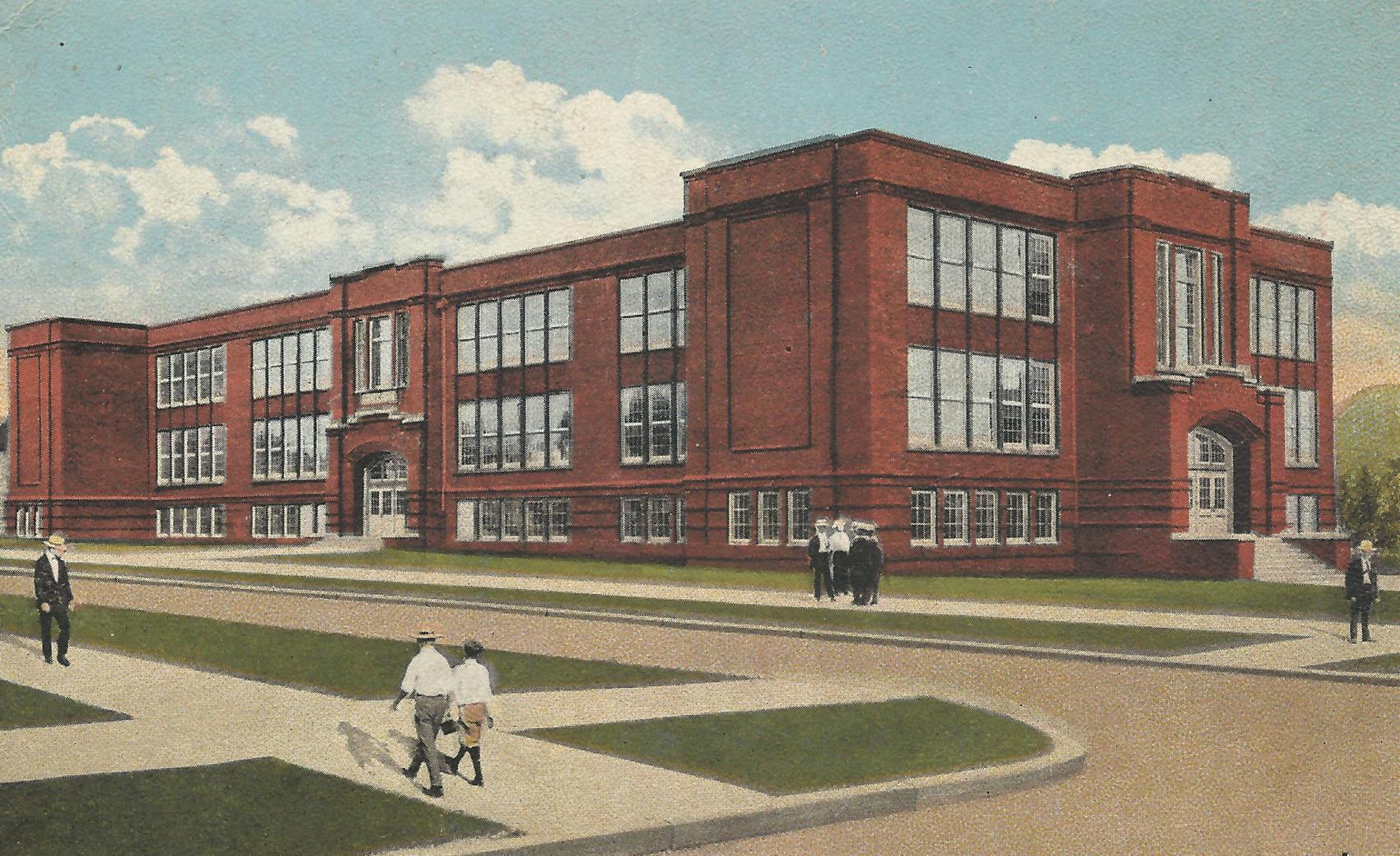 Pictured is Harry Edmund Danford, who was principal of Enslow Junior High, president of the Cabell County Board of Education in 1954, and an author, publishing six books in his lifetime. 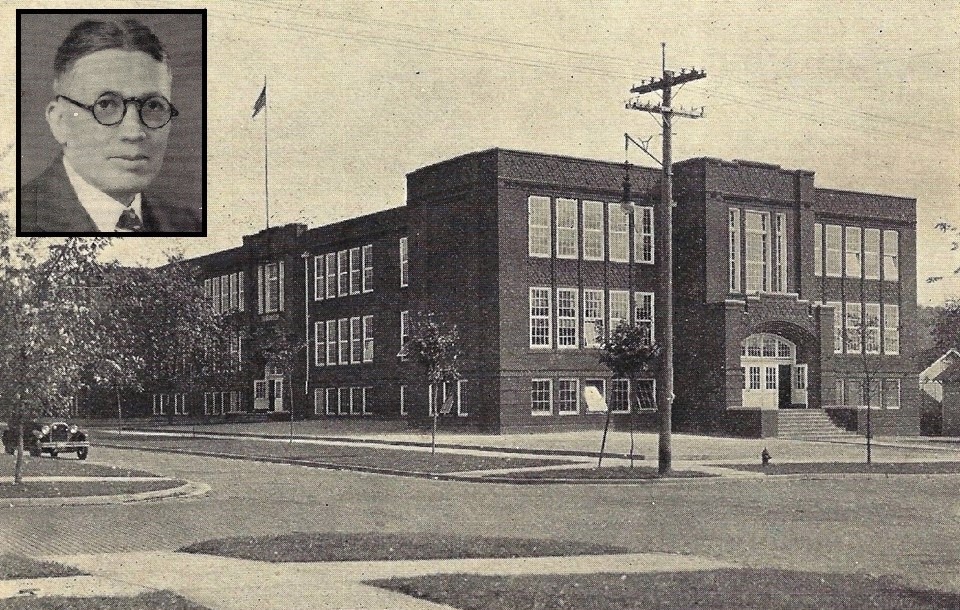 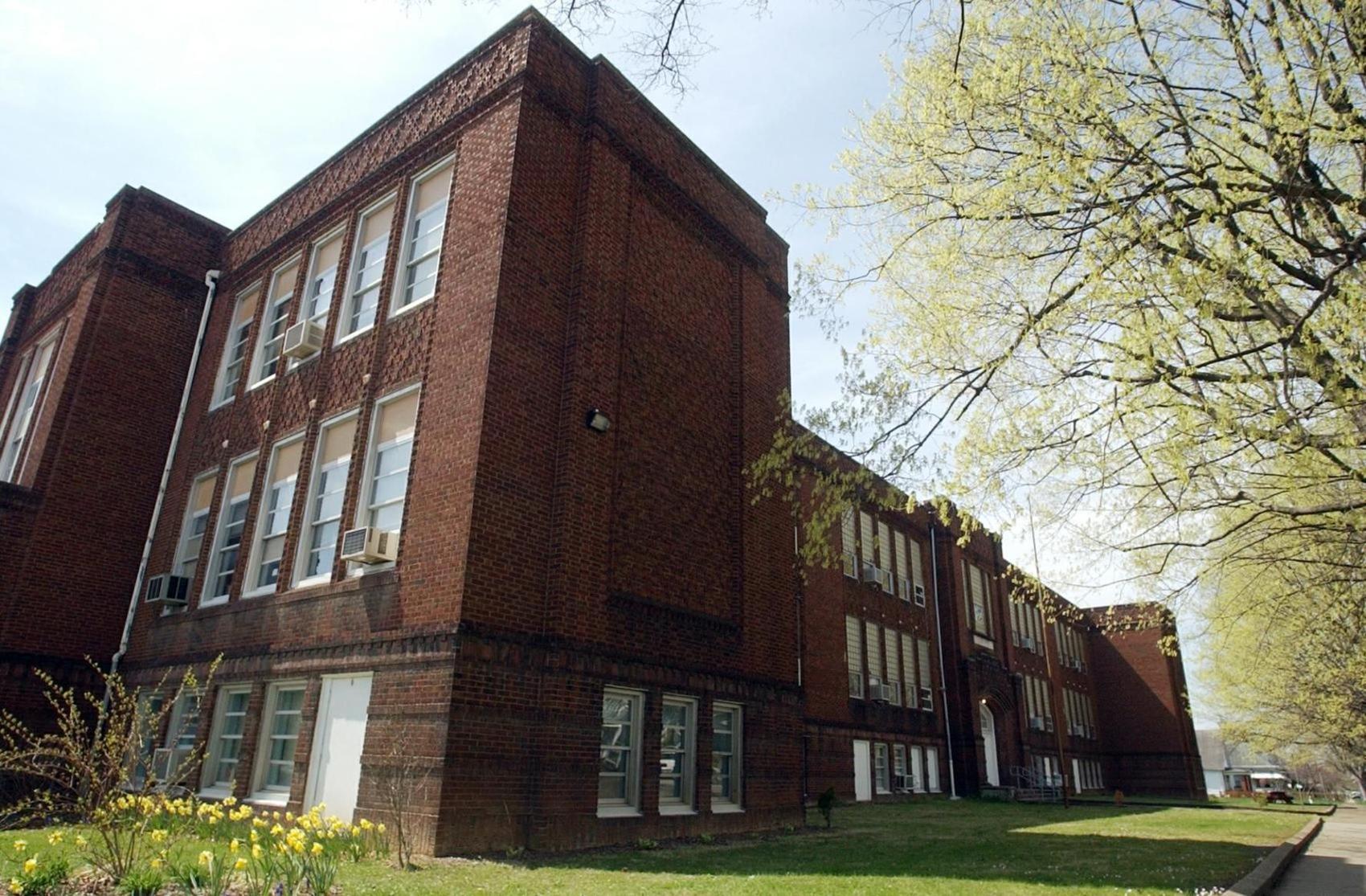 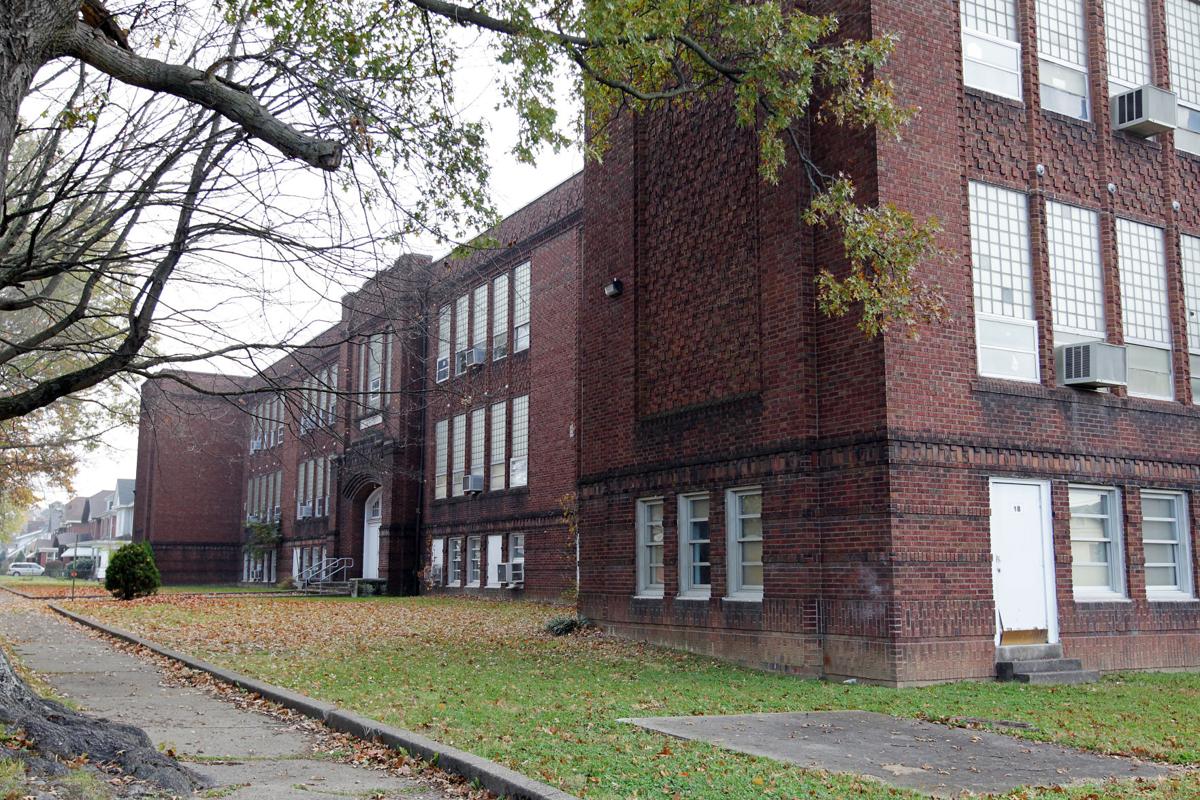 Entrance to Enslow Middle School before its demolition 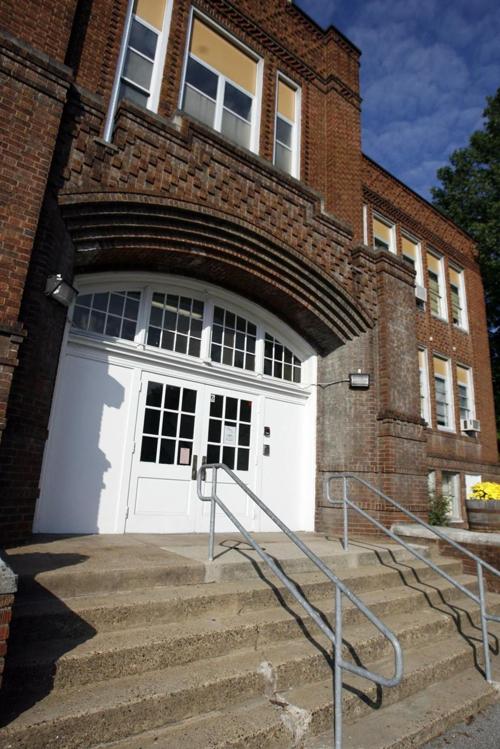 1925 Enslow Junior High School football champions (from "The Huntington You Grew Up In"). 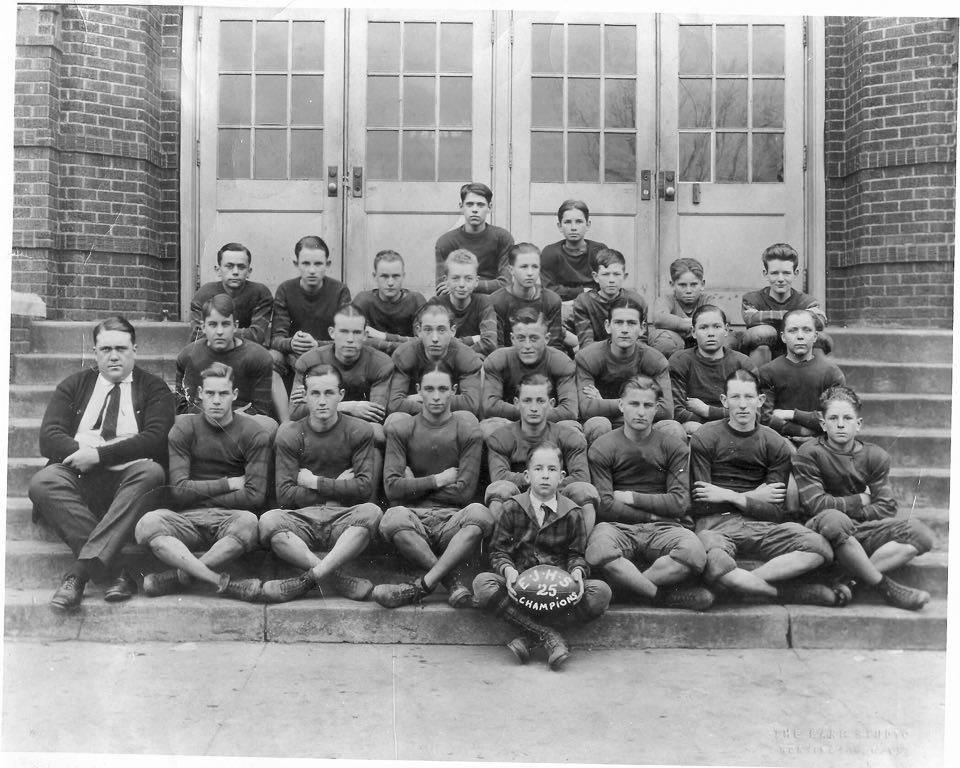 The 1937 Class of Enslow Middle School 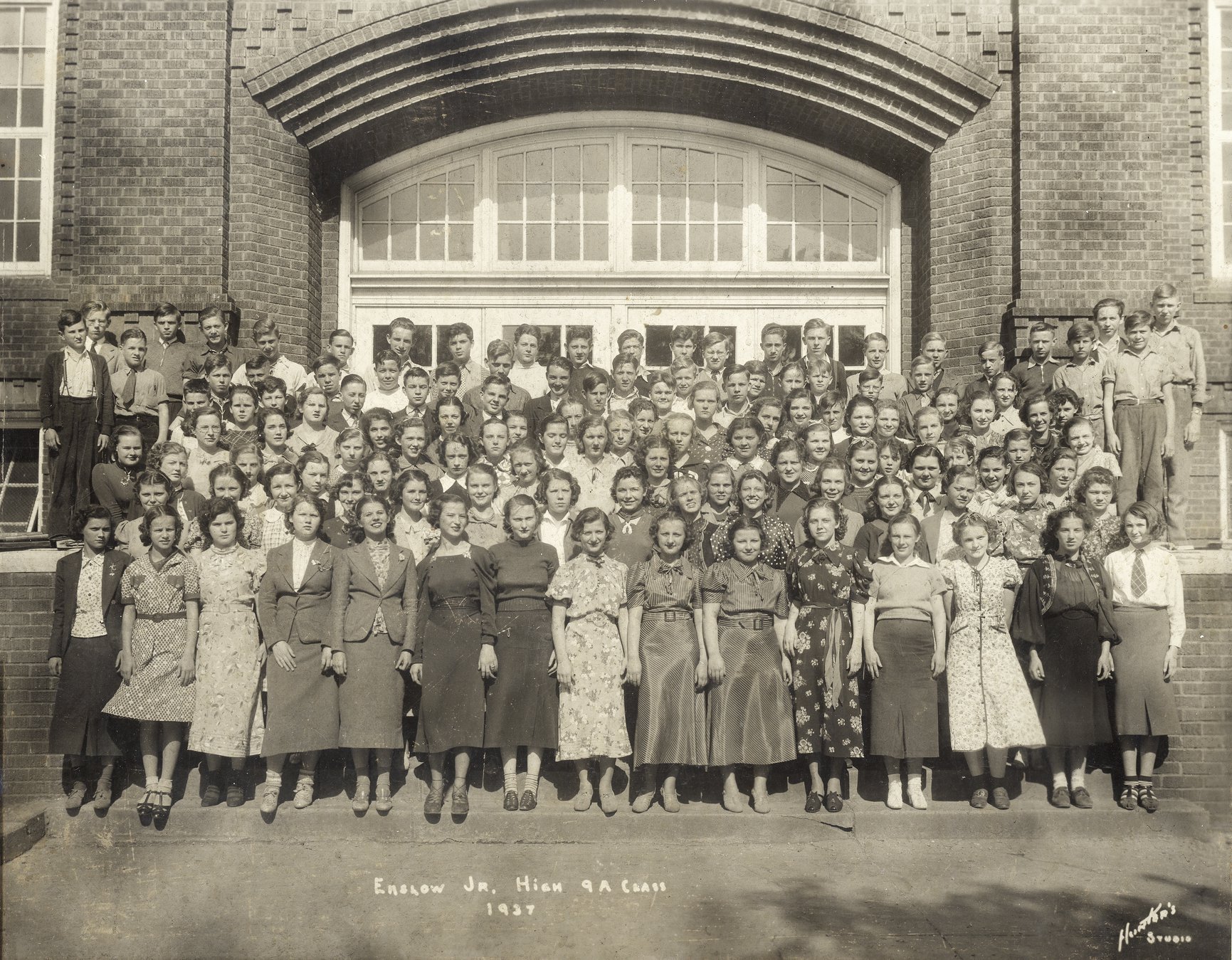 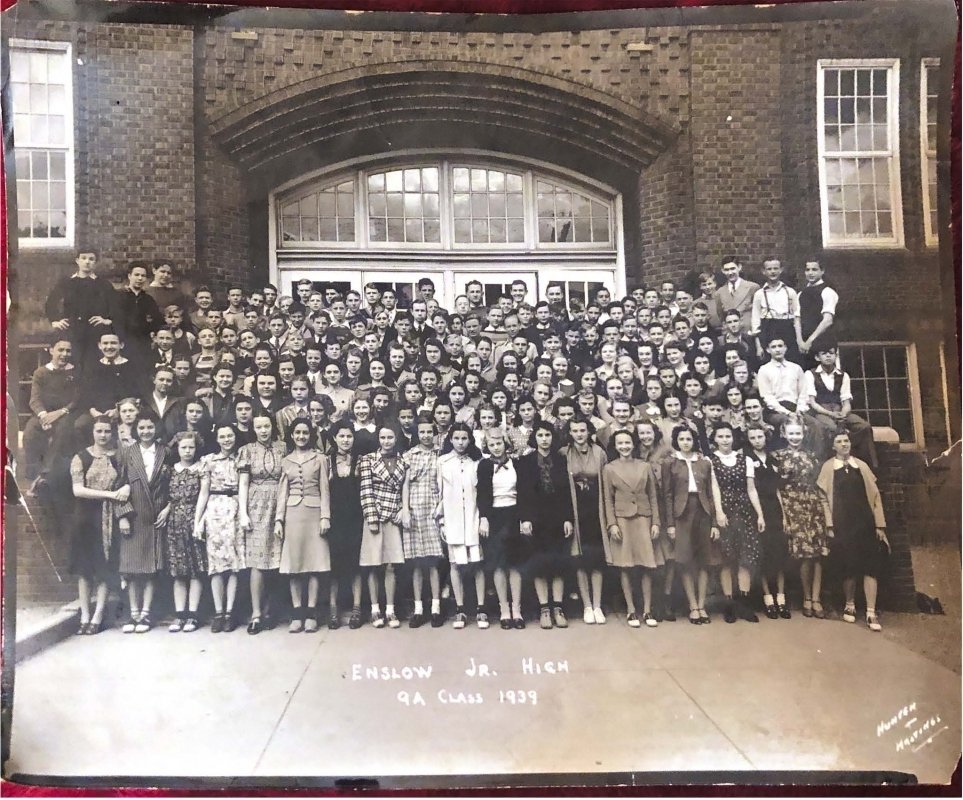 Student life at Enslow, circa 1960s 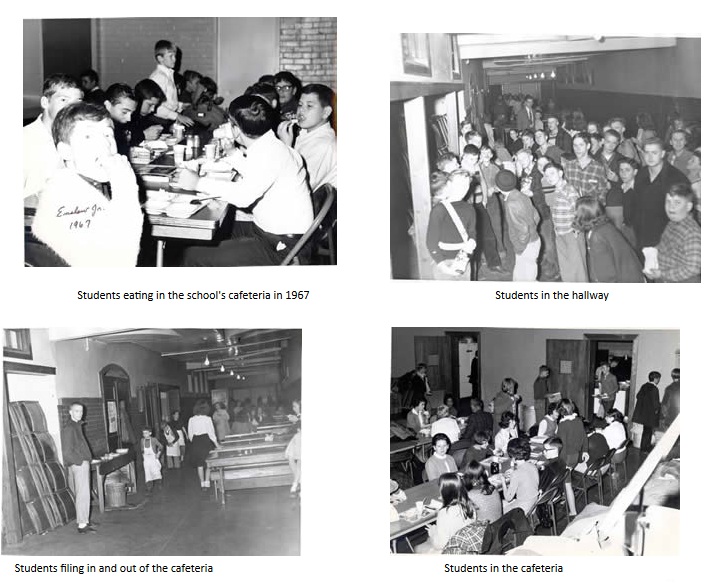 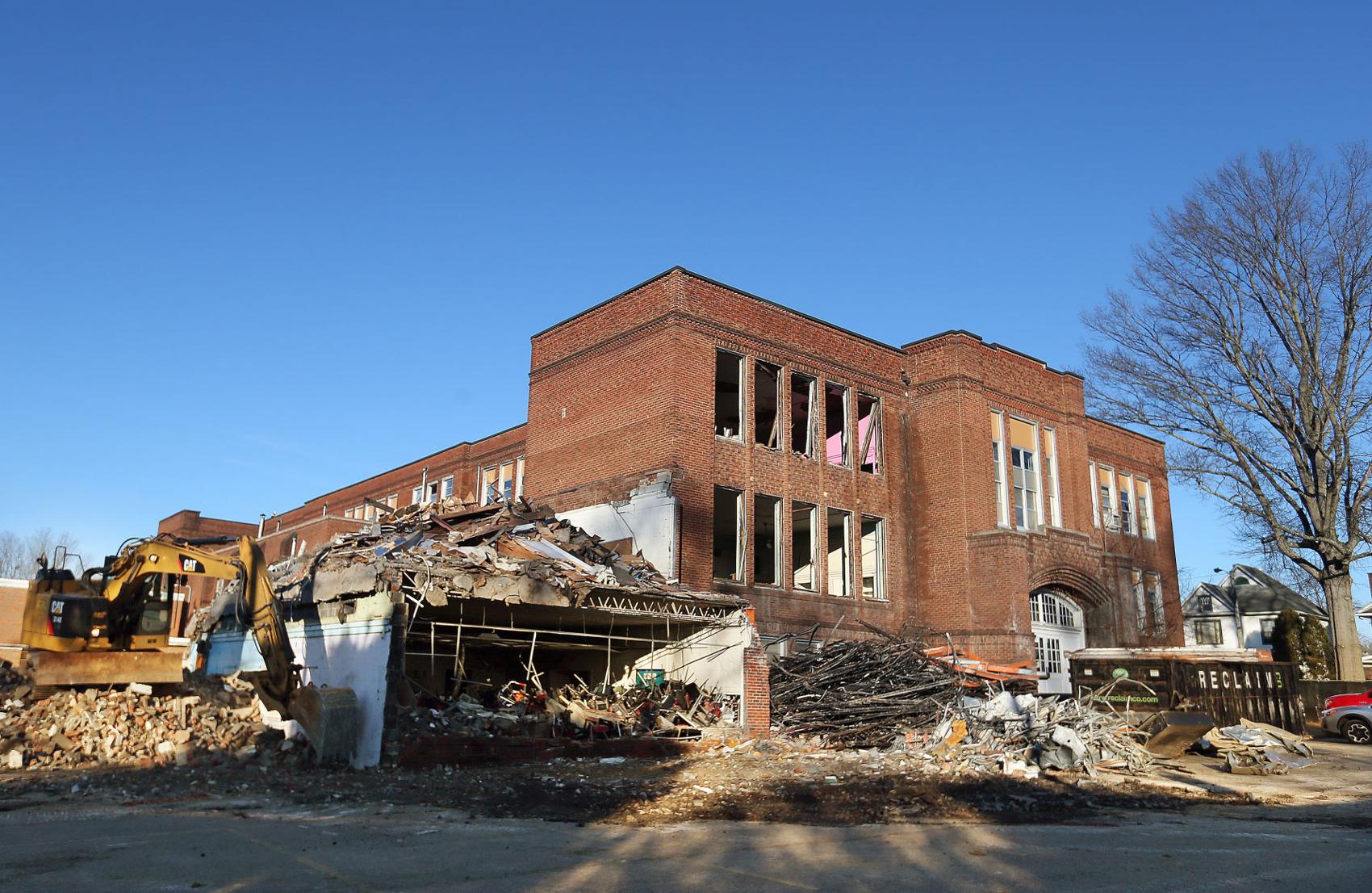 Plan for the new Highlawn Elementary 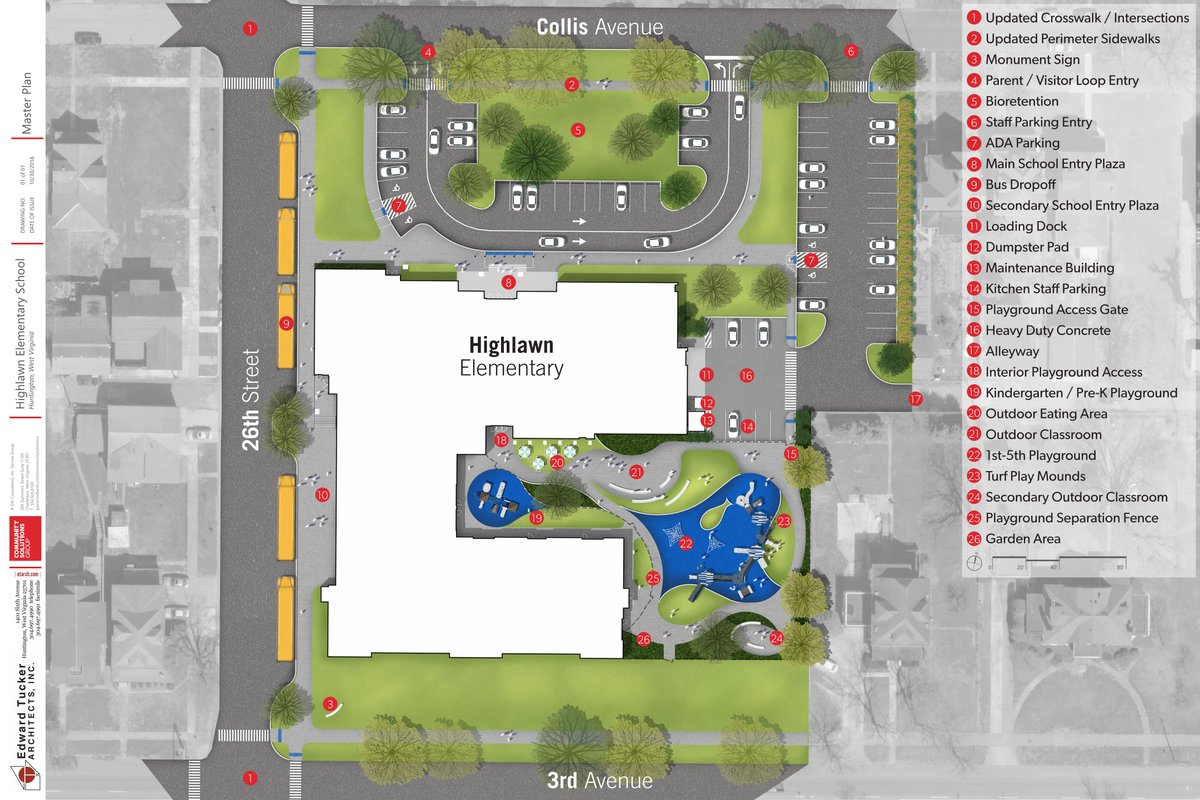 Enslow Junior High School was constructed in 1917. At the time, Huntington was rapidly growing and its original schoolhouse, which was built in 1888 and housed all grades, was no longer adequate. The new junior high school building, which contained 24 classrooms, cost $250,000 to construct and was designed by renowned architect Verus T. Ritter. Ritter designed many distinctive commercial buildings and private residences in Huntington, including City Hall, the First Huntington Bank Building, and the old Huntington High School. The new junior high was named after Alice Blanche Enslow, a teacher who had perished in an elevator accident at Huntington High School earlier in the year. Enslow was a longtime educator who had taught in Huntington for 40 years before the tragic accident.

Enslow Junior High became a middle school in 1989, serving students in grades 6 through 8. The following year, it became the first school in West Virginia to adopt the Invitational Education model. Developed by Dr. William Watson Purkey and Dr. Betty Siegel, the theory was “designed to create a total school environment that intentionally summons people in schools to realize their relatively boundless potential.” Invitational Education argues that learning is enhanced when learners are positively encouraged or “invited” into the educational experience.

Enslow Middle School closed in 2013 when it consolidated with Beverly Hills Middle School to become Huntington East Middle School, located at 1 Campbell Drive. At the time of its closing, Enslow had 252 students and 43 staff members. The century-old building sat vacant for several years and began to draw complaints from nearby residents about rising criminal activity around the structure. In 2016, the Cabell County Board of Education proposed that a new Highlawn Elementary School be built at the site of the former middle school. Funding was secured in 2017, and the building was demolished between late 2018 and Spring 2019. The new Highlawn Elementary is currently being built, with construction expected to be completed by May or June 2020. The firm overseeing the design and construction of the new Highlawn Elementary is Edward Tucker Architects, Inc., whose founder is the grandson of the architect of Enslow Middle School’s 1954 additions.