Acclaimed Russian-born novelist Vladimir Nabokov was, for a part of his life, an Ithacan. From 1948 until 1959, Nabokov taught Russian and European literature at Cornell. During that time, the author and his family lived in numerous homes in the city, seldom staying in one for longer than a year. One of his residences, at 802 East Seneca Street, was a home for the family from the fall of 1948 until 1950, and it is believed that much of his controversial novel "Lolita" was completed while living in the residence.

Vladimir and Vera Nabokov outside the house on East Seneca Street 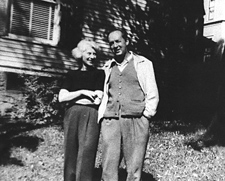 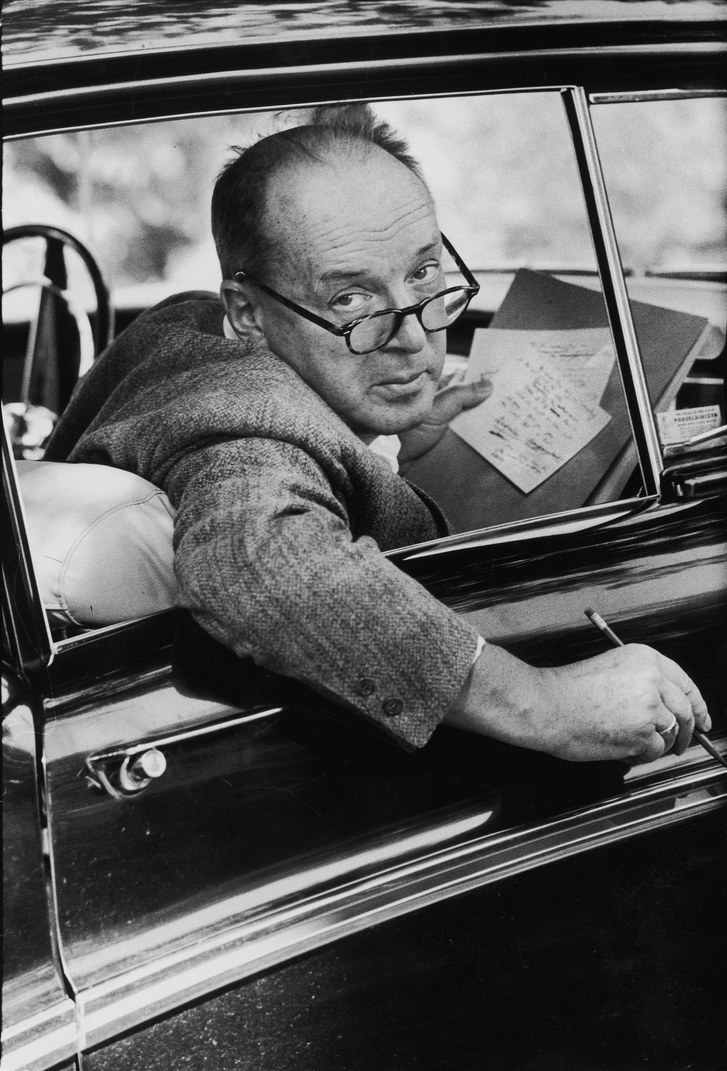 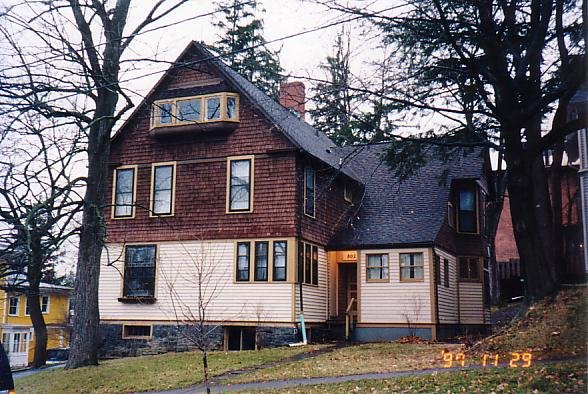 When Vladimir Nabokov and his family arrived in Ithaca in 1948, he was relatively unknown outside of literary circles. His most well-known novels were yet to be written, although he had served as a one-man Russian department at Wellesley for several years.

Nabokov lived in at least ten houses during his time in Ithaca, and typically didn't stay in a residence for more than a year. For much of the time that he lived in Ithaca, his son, Dmitri, attended boarding school in New Hampshire, and Vladimir and his wife, Vera, moved frequently between the homes of various professors.

They moved into the home on East Seneca Street in the fall of 1948 and lived there until sometime in 1950. It was during his time in Ithaca that Nabokov completed both Lolita and Pnin, and numerous sources state that it was in the Seneca Street house that Lolita was finished. According to Ithaca lore, it was while riding city buses that the author mastered the language of teenage girls, and it was--again, according to local lore--at the Seneca Street house that Vera talked her husband out of incinerating the scandalous manuscript.

Even though the house was quite a bit larger than Nabokov preferred, he and Vera stayed there longer than they stayed in any of their other residences in Ithaca. He left Cornell in 1959 with the intention of taking a one-year sabbatical, but with the success of Lolita, Nabokov found he no longer needed a teaching position to be financially stable and resigned from the university in 1959.

Please be advised that the home is a private residence.