The Lyric Theater opened at this location in 1920 and saw the transition from the silent film era to "talkies" and eventually closed for the last time in 1967. Like countless other downtown theaters, the Lyric faced high maintenance costs at the same time that newer and less expensive theaters were being constructed. As fewer residents patronized the downtown area, these theaters drew potential customers from the Lyric and other historic theaters by offering multiple screens and lower operating costs. The former theater was remodeled and was home to several local retailers until the rood collapsed in the citywide blizzard of 1993. The building was razed and the location of the former theater is now a parking lot. 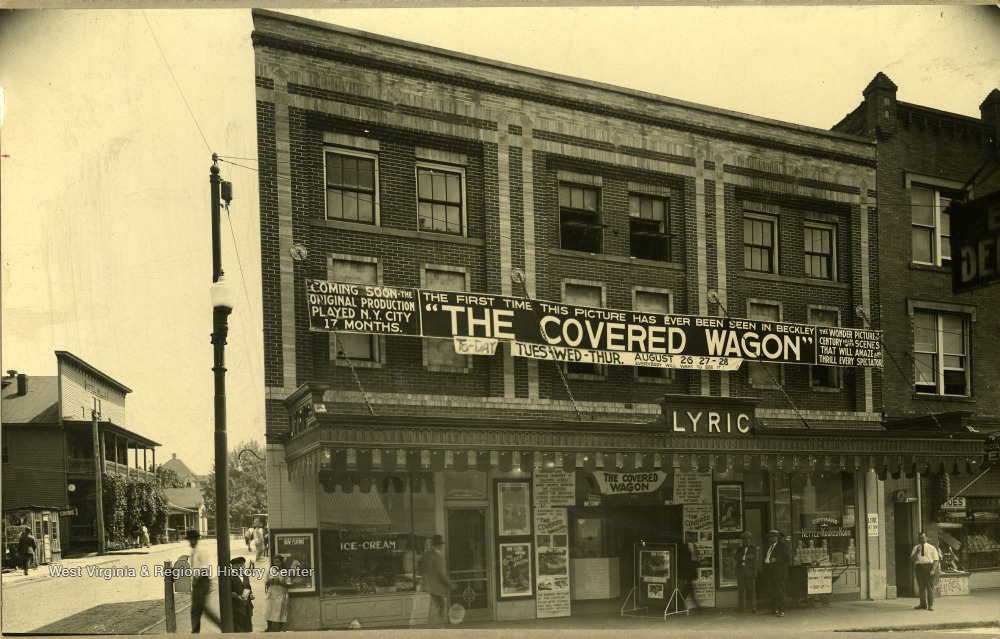 Lyric Theater in the mid-1920s. Photo from Fran Klaus. 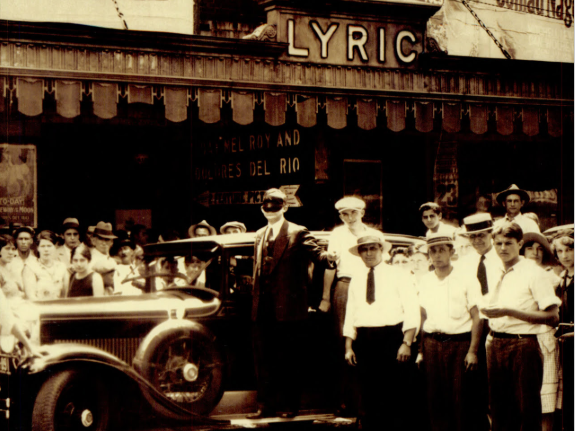 Advertisement for Hardeen, brother of Houdini, preforming at the Lyric Theater in Beckley. 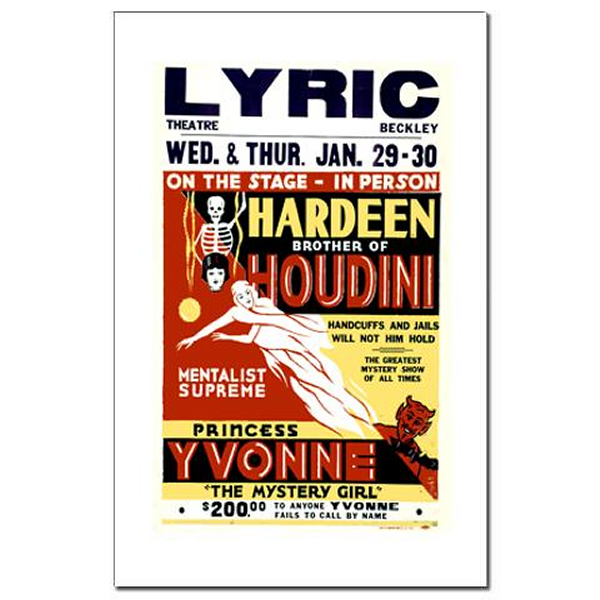 Sources reveal that Beckley's Lyric Theater opened in 1920 and transitioned during the silent film.  era while at the same time, very few physical artifacts from the Lyric survived. The name of the theater in Beckley, like many other small theaters across the country, possibly took its name from the famous Lyric Theater in London that opened in 1888. Likewise, a Lyric Theater opened in New York City in 1903 on Broadway that may have further influenced the naming of many small theaters across the country to take the name, Lyric.

Film historian Douglas Gomery, notes the spread of small movie theaters, or more commonly referred to as nickelodeons, rapidly diffused across the country in the early twentieth century. Gomery also contends that early movie theaters eventually formed in a manner that quickly filled urban areas and spread just as fast to small towns all over America. The Nickelodeon theaters take their name from the price of a movie, five cents to see a show, and naturally attracted lower-income crowds. Because movie theater owners recognized patterns of disrupted shows from lower income moviegoers, as Gomery states, an economic shift to a more respectable demographic became the advertising focus of movie theater owners. Gomery also makes an important distinction that by the 1910s, nickel theaters emerged throughout growing middle-class neighborhoods across the country, whether urban or rural.

As the Roaring Twenties approached, along with the emergence of Hollywood, theaters began a transformation that mirrored their Broadway and Vaudeville counterparts. More elegantly designed interiors, as well as the facades of their exteriors, became a standard feature of movie theaters. However, some movie theaters still had vestiges of their former Nickelodeon days, and movie theater owners did their best to present the illusion of contemporary theaters. One aspect that all movie theater owners had to grapple with was the rise of new technologies and implementing them into their existing theaters. Gomery describes the emergence of innovative technology as a source of difficulties and benefits to movie theater owners. With the advent of sound, color, and air conditioning, movie theaters had to retrofit existing theaters to accommodate these modern technologies to entice moviegoers further.

Like many other industries that saw the growth of national chains, movie theaters experienced the same progression of ownership and locally-owned downtown theaters saw increasing competition from multiplexes and the growth of chain theaters. There are conflicting accounts for the date when the Lyric closed that likely reflect temporary changes in ownership that would lead to temporary closures and reopenings. In an oral history or Raleigh County, Jim Wood states the Lyric closed in 1967, while Fran Klaus contends the theater closed in 1959. Kelli Shapiro of the Preservation Alliance of West Virginia states the Lyric closed its doors in 1967 with the last movie screened here being Riot on the Sunset Strip.

After the final closure of the theater, the building was remodeled and home to a variety of stores until the building collapsed in the blizzard of 1993. Beckley was home to several theaters at the time of closing as the Towne-Cinema operated until 1973, and the Beckley theater operated until 1982.