Bryant's Grocery and the Murder of Emmett Till

In the town of Money, Mississippi, in August of 1955, Emmett Till, a fourteen-year-old African American Chicagoan visited his uncle for the summer. When he and a couple of local friends go into Bryant's Grocery, they encounter Carolyn Bryant, co-owner of the store, behind the counter. After whistling at Mrs. Bryant when leaving the store, Till is later kidnapped by her husband and brother-in-law, tortured, and murdered. The injustice that would follow would change the course of the Civil Rights Movement. 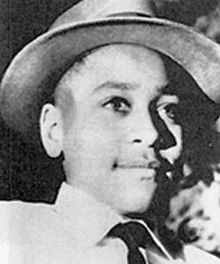 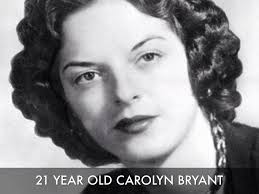 Bryant's Grocery was the site of 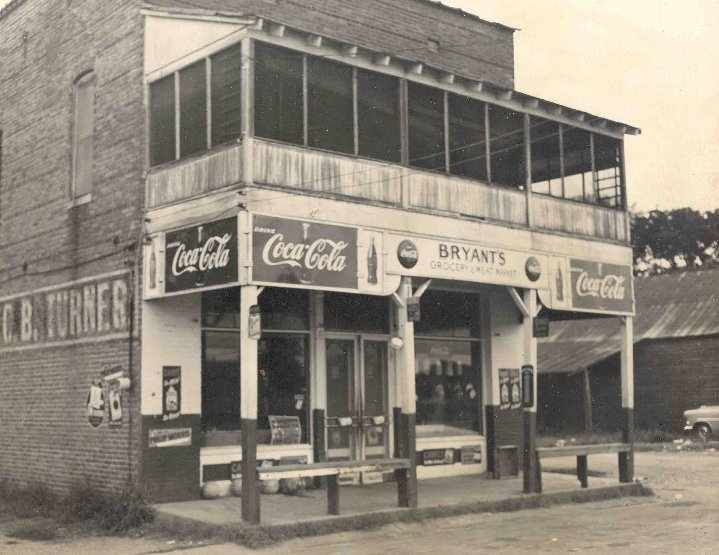 This historical marker, like several that came before it, was vandalized by those who wish to delete African American history. 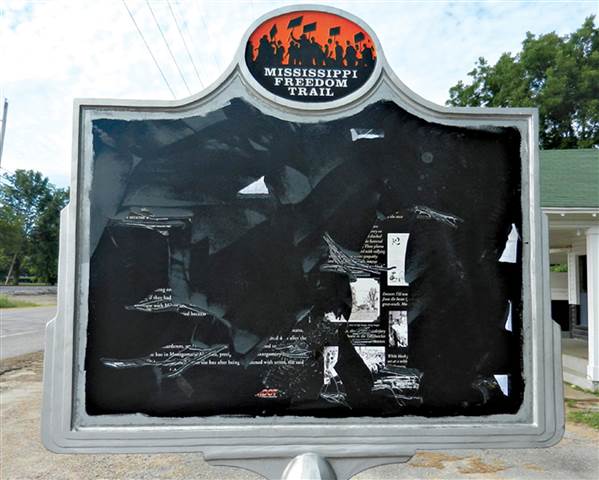 When the historical marker at this location was vandalized, local students responded by turning the marker into a lesson about the power of history. 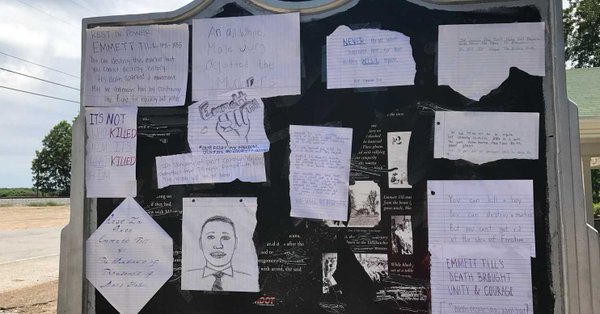 Emmett Till, a fourteen-year-old African American Chicagoan, was visiting his uncle, Moses Wright, for the summer of 1955, in the town of Money, Mississippi. With a group of friends, he encountered Carolyn Bryant, wife of the grocery store owner. Although the stories change from Till physically touching Bryant or verbally assaulting her, he did in fact whistle at her at least. Carolyn Bryant later relayed her story to her husband, Roy Bryant, and brother-in-law, J.W. Milam. Enraged at the thought of a Black boy being lewd toward his wife, Roy and JW kidnapped Till on August 28, 1955. They took Till to a barn, beat him repeatedly, gouged out an eye, and shot him in the head. They then, using barbed wire, tied a cotton gin fan around his neck and tossed his body in the Tallahatchie River. His body was discovered three days later. Emmett Till's body was returned to Chicago to hus mother. Although his body was mangled, she wanted an open casket funeral to show the nation how unjust African American Civil Rights were. The images of Till's body were plastered in magazines and over ten thousand people attended his funeral. Milam and Bryant were arrested and tried for the murder of Emmett Till, but an all-white jury quickly acquitted them. As if civil rights outcries weren't potent enough at this, Milam and Bryant openly admitted to doing the gruesome acts thdy were tried for in an interview with Look magazine. Protected against the laws if Double Jeopardy, and unable ti be tried again, they went free. The case of Emmett Till and his murderers garnered national attention to the Civil Rights Movement and the injustice that African Americans faced.

Epstein, Kayla. When a memorial to Emmett Till was vandalized, these high school students stepped up. Washington Post. June 30, 2017. Accessed June 30, 2017. https://www.washingtonpost.com/news/inspired-life/wp/2017/06/30/when-a-memorial-to-emmett-till-was-vandalized-these-high-school-students-stepped-up/?utm_term=.5adaeb231d9a.