John S. Hull opened the Hull Hotel in 1893 in the heart of downtown Beckley. This hotel was a leading institution in the city until it was destroyed by fire in 1912. The hotel was replaced by the Beckley Hotel which operated until 1981. 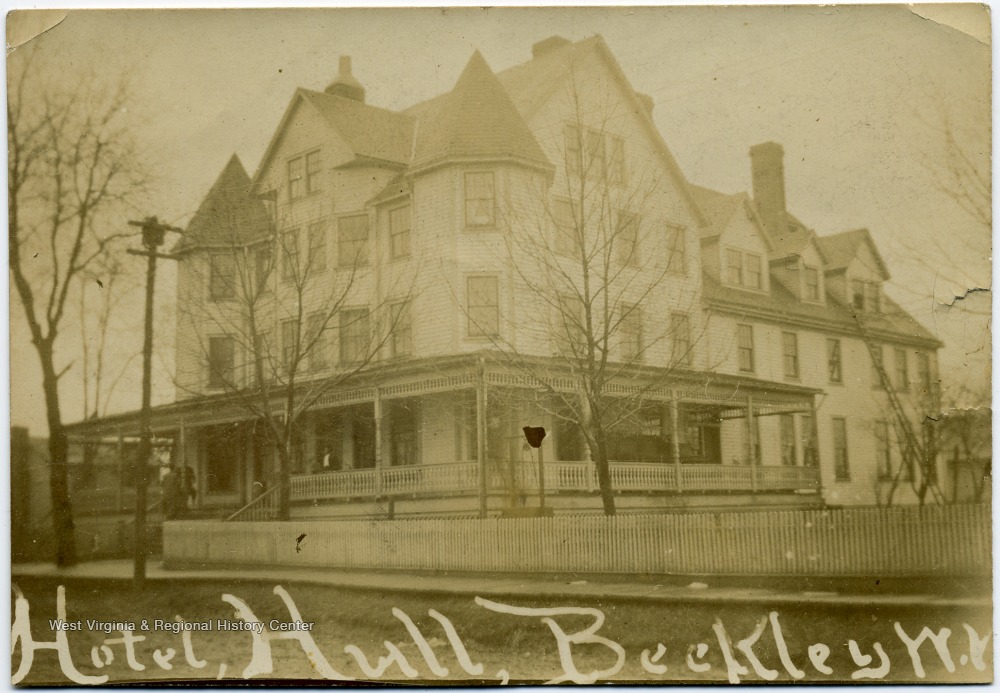 Description of Hull Hotel from Harlow Warren's book. Pictured in center of photograph is John S. Hull and his wife, Annie. 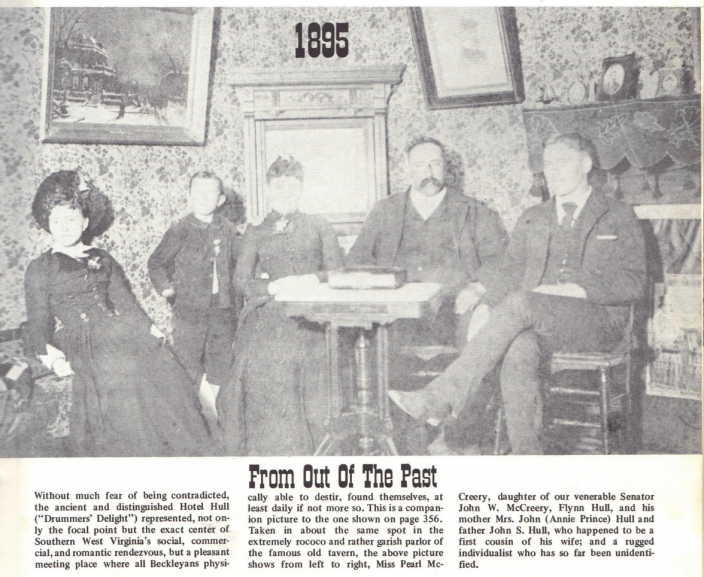 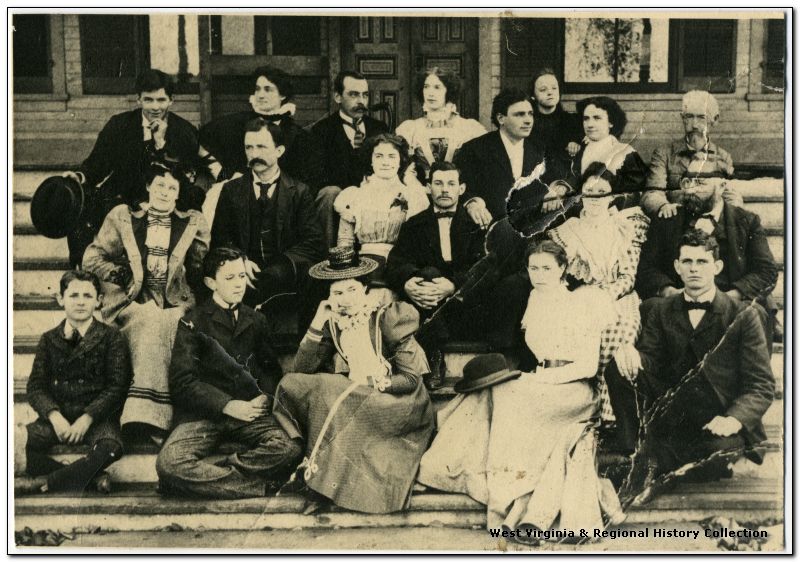 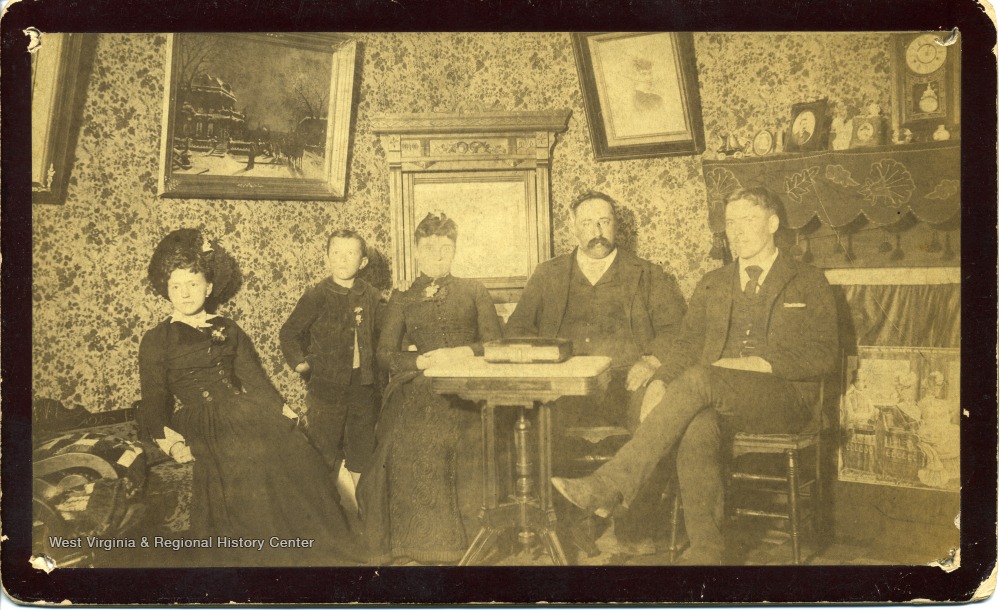 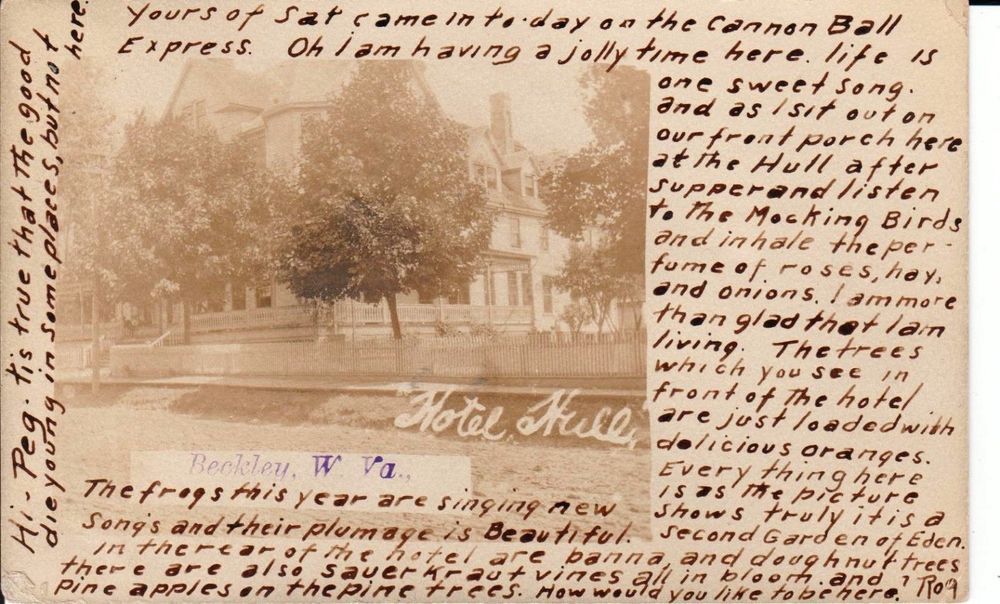 John S. Hull was born in Shady Spring, Raleigh County, Virginia (now West Virginia) in 1854. Hull’s father operated a boardinghouse in Shady Spring as early as the 1830s. John S. Hull married Annie E. Prince and the couple moved to Beckley, West Virginia in 1882. With a natural penchant for business, Hull followed his father's footsteps and started a hotel with his brother-in-law, William Prince that was called the Raleigh House. Together, Hull and Prince ran the small hotel at the corner of Church and Court Streets.

The Centennial issue of the Beckley Post-Herald describes the small hotel as being significantly better than other establishments in the city. However, the city soon had additional hotels that mirrored the growth of the city such as the Central Hotel which opened in 1883 and offered a wide variety of amenities. Meanwhile, Hull continued to help run the Raleigh House and also ran the general store adjoined to the small hotel.

For Beckley, a small town in the 1880s, with a population of 144 people, these two hotels were essential to the growth of the city as a place of temporary accommodations for new arrivals and business travelers. Throughout the nineteenth century, hotels and boardinghouses increased Americans mobility and played an important role in the growing market revolution according to historian Wendy Gamber. Likewise, historian A.K. Sandoval-Strauz places the role of hotels in an equal significance to America's growth. Sandoval-Strauz notes that “the separation of people from place had many effects. Among the most important was the way it altered everyday life in cities and towns. Hotels facilitated human mobility by serving travelers and strangers who were away from home and needed shelter, food, drink, and other services and goods usually obtained within the household.” Additionally, hotels afforded an essential service to the communities in which they operated, that is, they helped to assimilate the local community to the growing national economy.

In 1893, Hull opened the hotel at this location that would bear his name according to the Centennial issue of the Beckley Post Herald. Though Beckley’s population barely increased by the 1890s to only 158, a Chesapeake & Ohio Railroad station was located about ten miles out of town which brought travelers and workers who needed accommodations. Hull employed John Mellen to build the Hull Hotel which opened in the spring of 1893. Throughout the next decade, Beckley’s population increased substantially due to the coal industry. The Hull Hotel operated in the fashion that historian Sandoval-Strauz noted, it served food, offered entertainment, and provided a comfortable atmosphere for its patrons. Another prominent feature of the Hull Hotel according to the writings on a 1910 postcard with the hotel pictured is the fruit trees. The writer stated that the trees in front of the hotel were orange trees and that other variations of fruits and vegetables grew in the rear of the hotel.

John S. Hull and his wife continued to run the hotel until his death in 1899, and the hotel changed ownership twice in the first decade of the 1900s. As with many nineteenth and early twentieth century buildings in an era before modern construction and fire prevention features, the Hull Hotel burned down in September 1912. Four years later, the Beckley Hotel was built at this same location. This was Beckley’s first upscale hotel operated and remained open until 1981.