This unique 60 feet tall monument was created in honor of the sons and daughters who served in the American Revolution. It was sculpted by Albert L. Van den Berghen on October 19, 1901. The state motto is inscribed on the statues plaque, written in Latin, it translates to "Strong Deeds, Gentle Words." The name of the statue is taken after the states nickname, "The Old Line State."

This is the bottom of the Maryland Line Monument. 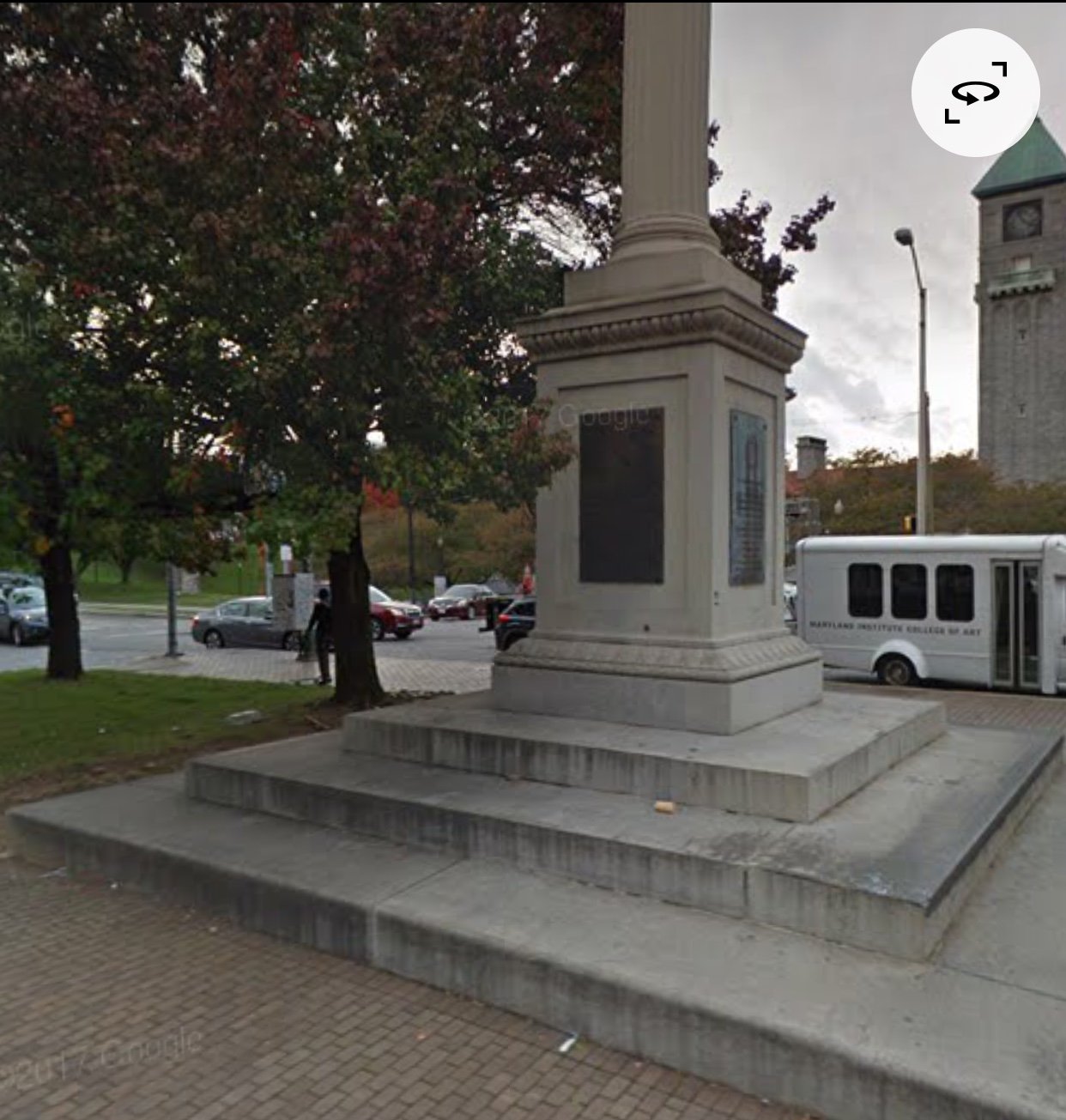 This is a picture of the statue at the top of the monument. 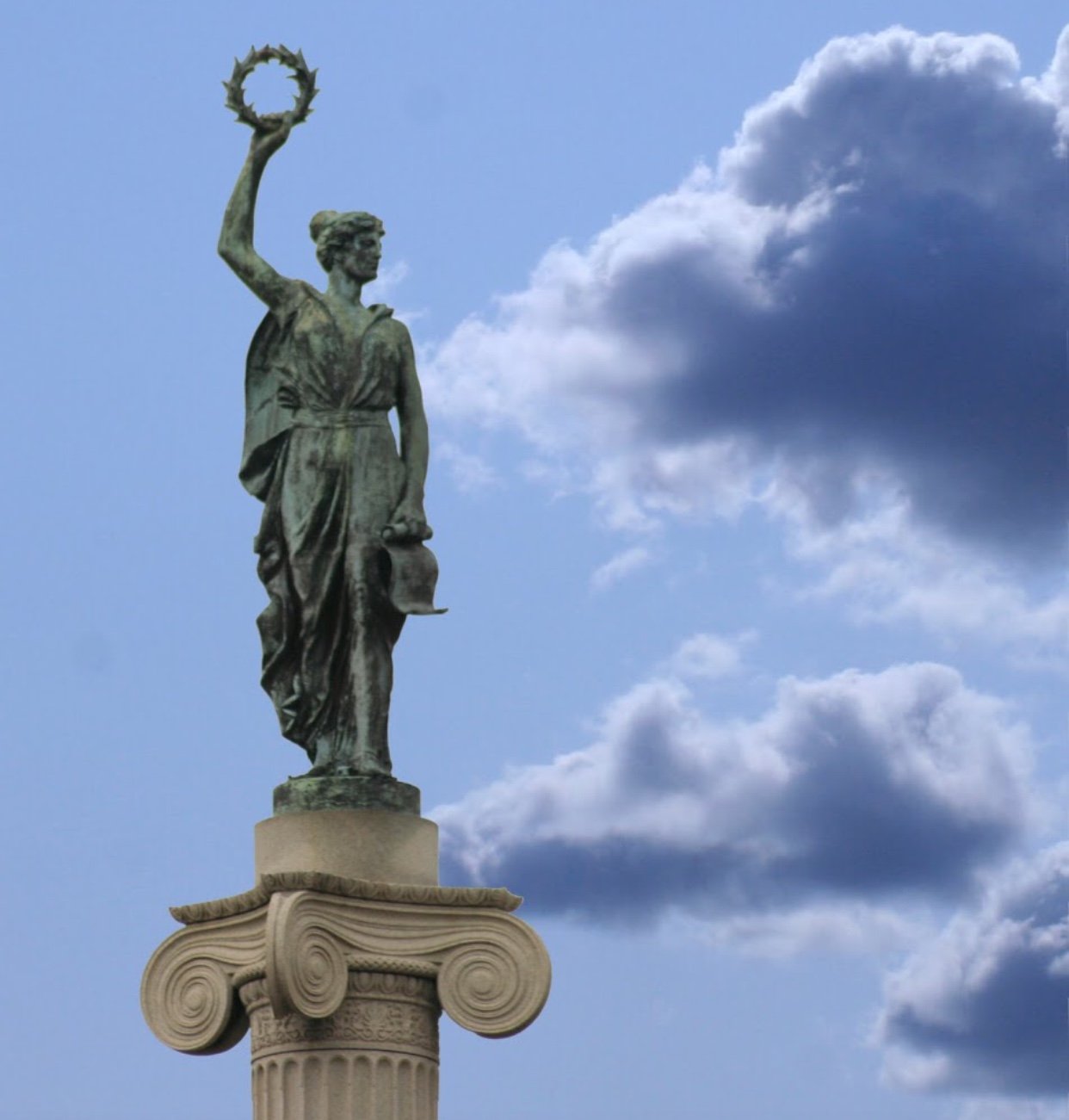 This is the plaque on the monument. 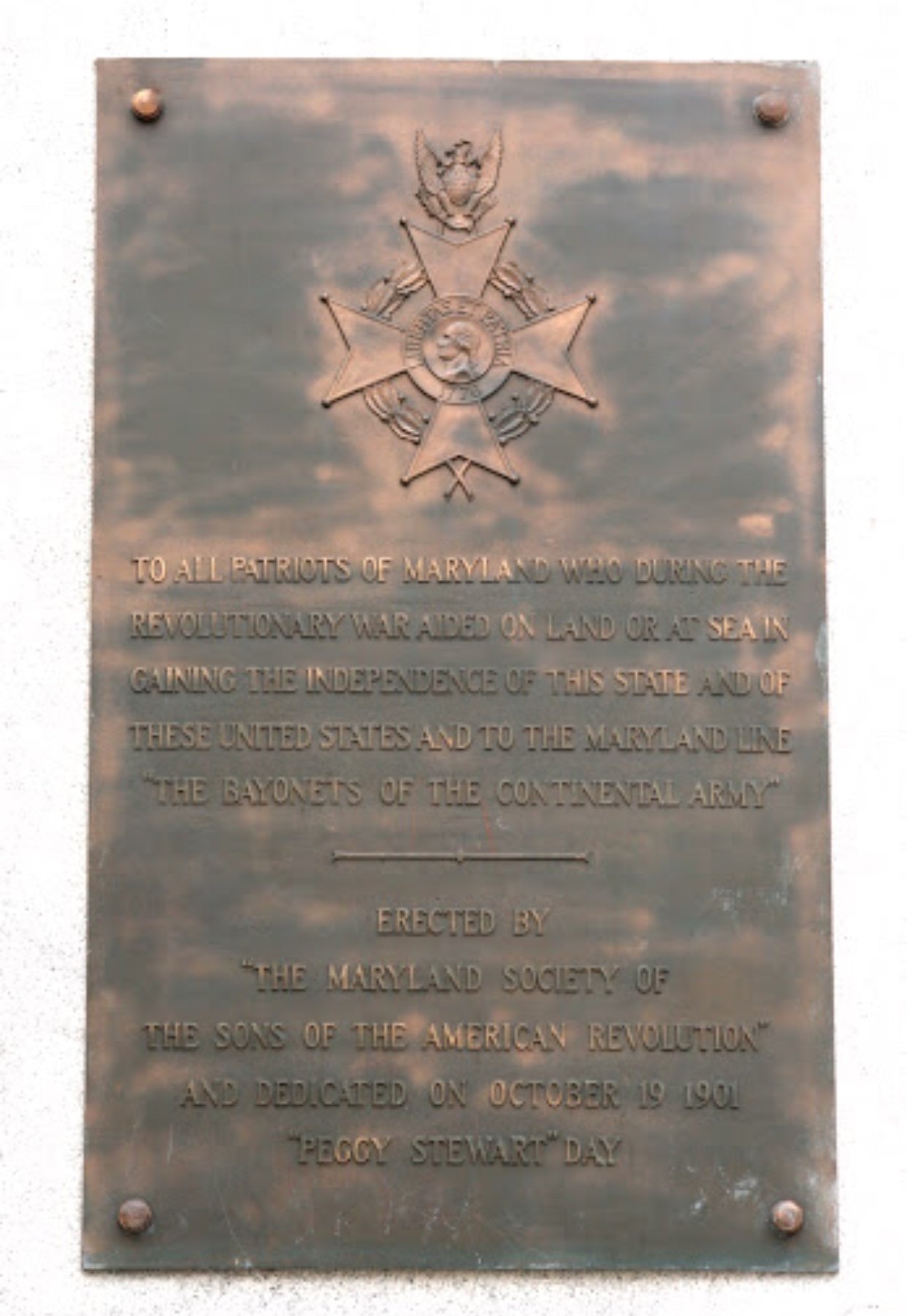 The Maryland Line Monument was sculpted by Albert L Van den Berghen. According to monumentcity.net, it was dedicated on Peggy Stewart day on October 19, 1901. Peggy Stewart day takes place every October 19th in dedication of the Maryland cargo vessel that burned on that day in 1774. It was burned in Annapolis as punishment on account of the boycott on tea imports . "Peggy Stewart Day" also came to be known as the Annapolis Tea Party. Though it was only a minor even in the American Revolution, it divided colonists in the years before the war.

The statue was dedicated to the "Bayonets of the Continental Army." The statue's name refers to Maryland's nickname "The Old Line State." This reference refers to the Maryland soldiers who fought in the Revolutionary war. "The State of Maryland" states that "George Washington referred to these soldiers as "The Old Line."  It is said by some that the state was given its nickname because it was "the dividing line between the land grants given to William Penn and Lord Baltimore."

The monument stands tremendously high at 60 feet, and was sponsored by the Sons of the American Revolution. The SAR, or Sons of American Revolution, are a national society founded on April 30, 1889. According to SAR.org, the members are devoted to serving across all 50 states. They participate in hours of service and promote patriotism. They are a nonprofit organization, and the headquarters are located in Louisville, Kentucky.

At the top of the monument stands a statue of the Goddess of Liberty. She holds in one hand the Declaration of Independence and in the other a laurel wreath. At the bottom of the monument lies the plaque which depicts the state's motto. It reads, "Fattin maschii, parole femine" which is Latin for "Strong Deeds Gentle Words." The statue stands so high that it cannot be missed from its surrounding streets.

NSTATE, LLC: http://www.n-state.com. "The State of Maryland." Economy of Pennsylvania Including Pennsylvania Agriculture and Manufacturing from NETSTATE.COM, www.netstate.com/states/intro/md_intro.htm