Confederate Gen. Jubal A. Early attacked the defenses of Washington, D.C., in July 1864, then retreated to the Shenandoah Valley. Union Gen. Horatio G. Wright pursued him, and after a sharp fight and Confederate victory at Cool Spring on July 18, the two forces clashed again two days later, here at John Rutherford’s farm. 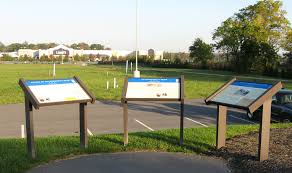 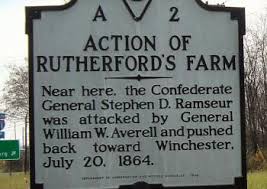 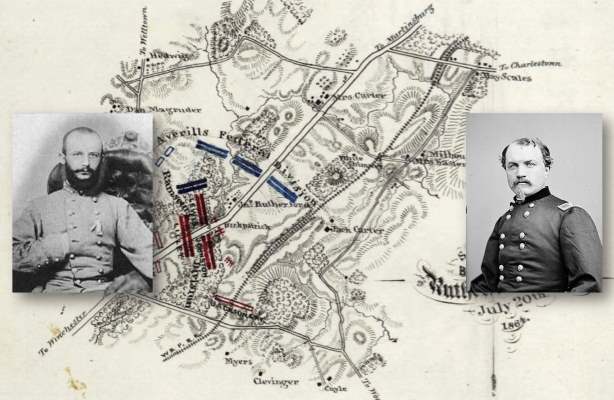 As Union Gen. William W. Averell’s Union cavalry and infantry division advanced south from Martinsburg, W.Va., the Confederate general ordered Gen. Stephen Dodson Ramseur’s division to block the roads north of Winchester. On July 20, Ramseur heard fighting on the Martinsburg and Winchester Turnpike and immediately marched his men there even though he was ordered to stay and defend the position. Believing he outnumbered the North, Ramseur decided to attack. Ramseur had been ordered to stay on the defensive, but believing that he outnumbered the North, he moved north and prepared to launch an assault.

Northern commanders, whose view of the advancing Confederates was blocked by the woods, also underestimated the size of their opponents and launched an attack, ruining  Ramseur’s plans. At first, the Confederate line held against the advancing North, throwing back an attack along the turnpike and on the Rebel right. But the Union right slipped in behind the Rebels’ left, and Northern infantry and cavalry crashed into the vulnerable flank, shattering the end of the Confederate line. The southern defenses began to collapse. Retreating men ran through those who tried to stand, and despite Ramseur’s efforts to draw a line in the sand, the retreat happened. A North Carolinian wrote, “This was the first time the Yankees saw my back, but it was run or die and of course we preferred the former.” The Confederates raced back to Winchester, losing 300 men with four artillery pieces captured. Ramseur wrote that he was “deeply mortified at the conduct of my troops” in the retreat.