Picture of front of museum 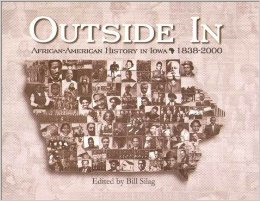 Iowa has long had a rich African American history stretching back centuries ago to 1804 when a slave entered the state with the Lewis and Clark expedition as they were exploring the Louisiana Territory. African Americans have long been involved in all aspects of Iowa including wars, economics, and public education. Dred Scott, a famous slave that was denied citizenship into the United States based on the decision decided in the Supreme Court during Dred Scott v. Stanford, lived in the city of Davenport. Scott is also known for his various attempts at buying his family’s freedom or trying to remove their status as slaves in district courts. Iowa historians have come together to create a museum that preserves the heritage and history of African-Americans in their state.

The African American Museum of Iowa was founded in 1994 by the Mount Zion Missionary Baptist Church. They pursued the goal of preserving African American heritage in the state in celebration of Black History Month. Four years later in 1998, the museum hired it’s first employee, Joseph McGill, who would serve as Executive Director. In May 2003, Thomas Moore would serve as interim Executive Director, but was dropped the same year in November. Another version of the museum was opened in September 2003 and highlighted one of it’s notable exhibits named Doorways: A History of African Americans in Iowa.

The main museum has two large scale exhibits that depict the history and heritage of the African American history in the state of Iowa. Covering anything from the state’s first slave that was owned by William Clark and took part in the famous Lewis and Clark expedition to other different types of artifacts. With 70 feet of archives and 200 oral histories stacked together inside the museum, the educational opportunities are endless for researchers. It also includes the Gale Sayers changing exhibit gallery, which displays a new exhibit every year.

The African American Museum of Iowa has been in business for over 20 years preserving African-American history. It includes an enormous wealth of African American history in the state of Iowa and is the leading museum in this field in the state. There's been a lot of hard work put in from a lot of different volunteers to make the museum possible. In 2011, the museum served over 52,000 visitors with guided tours of each exhibit. There is also a summer camp and various educational programs for children to attend in order to learn more.