The historic Victorian-style mansion stands as a monument to Kalamazoo's elite of the late nineteenth century, notably the home's namesake David and Amelia Lilienfeld. David, along with his brother William, immigrated from Germany during the 1850s and went on to build a highly successful and profitable liquor distribution company, as well as a cigar company.The house later functioned as a funeral parlor from 1932 to 1985, and then a hotel; it is known today as the Kalamazoo House Bed & Breakfast.

The Lilienfeld House, now operating as the Kalamazoo House B&B. 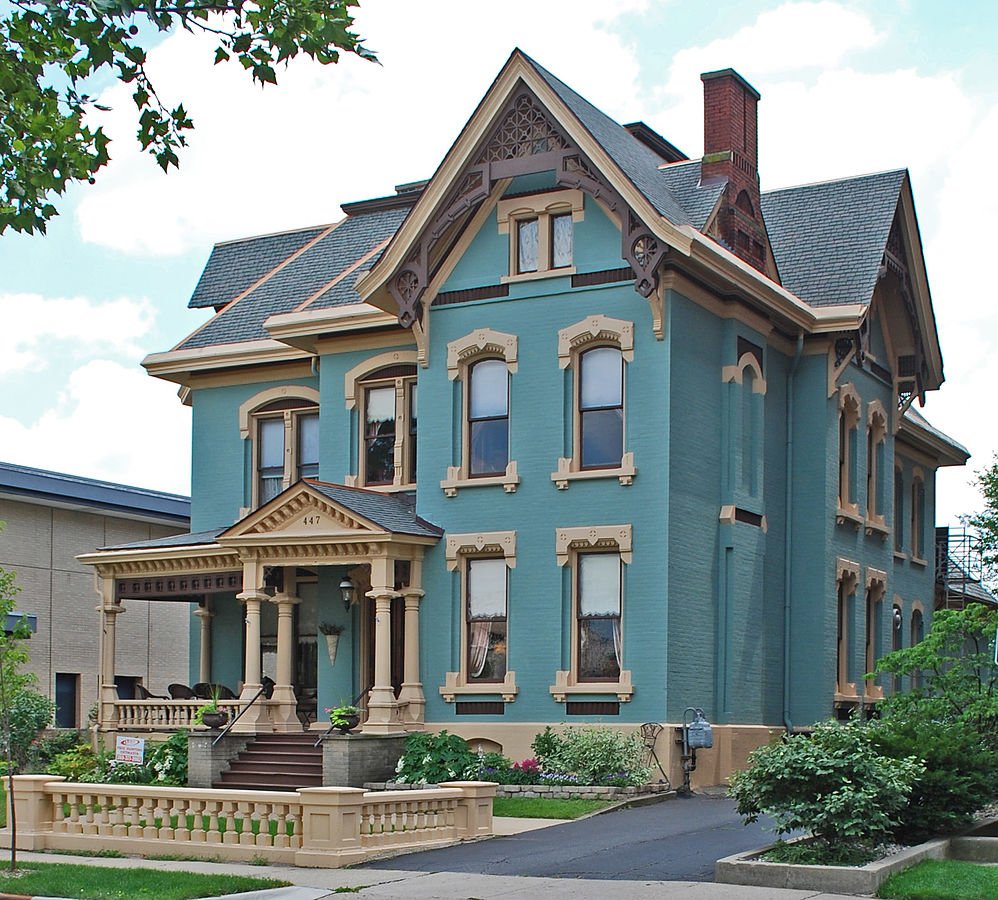 Built by David and Amelia Lilienfeld in 1878, The Kalamazoo House is an excellent example of Victorian architecture with Italianate and Eastlake influences. The house demonstrates the wealth for which the Lilienfelds possessed; many of the town's elites socialized in the home.
David Lilienfeld was born in Germany in 1836 and, along with his brother William, emigrated to the U.S., arriving in Kalamazoo in 1859. The Lilienfeld brothers owned the D. Lilienfeld & Brothers Cigar Company, and David also imported beer and whiskey. As well, towards the end of the nineteenth century, David operated an upscale drinking establishment called The Brunswick.
David, his wife Amelie, and eventually their two children, along with William, lived first in a modest house, built in 1867, on the same property for which the historic Victorian home now sits. However, the original house was sold and moved, which allowed for the Lilienfeld family to construct the magnificent home in 1878 that served as a social focal point for many of Kalamazoo's elite during the late nineteenth century. William remained in the new house with David and Amelia for two or three years before moving to Chicago, where, like many entrepreneurs of the day,  sought to expand the business in the fast-growing city with an abundance of railways and financial institutions.
Meanwhile, Theodore, a third brother, also lived with William and David for a few years (in the original, smaller house). However, after marrying and starting a family,  he first moved to Saginaw and then, like William, to Chicago by the 1880s. Theodore partnered with Simon Rubel to form the Rubel-Lilienfeld Company, which became a well-known Chicago liquor wholesaler that served a customer base over many states.
David, Amelia, and the children remained in the house through the bulk of the 1890s (either 1897 or 1899, it is believed) before selling it to Eugene and Virginia Cook, who resided there until 1908. From 1908 to 1932, ownership changed hands several times. And then in 1932, Margaret Stack purchased the property and subsequently leased it to John Donovan, who turned the home into the Donovan Funeral Home (later Donovan-Betzler). The Victorian mansion remained a funeral home for nearly half of a century.
In 1985, a proposed parking facility spelled the doom for the estate; the house was slated for demolition. However, prominent local restorers Lou and Annette Conti saved the building by purchasing it and transforming it into a hotel named "The Kalamazoo House" after the city's first grand hotel during the nineteenth century. As of 2018, it continues to function as a Bed and Breakfast hotel.